The Texas Commission on Environmental Quality Faces A Reckoning 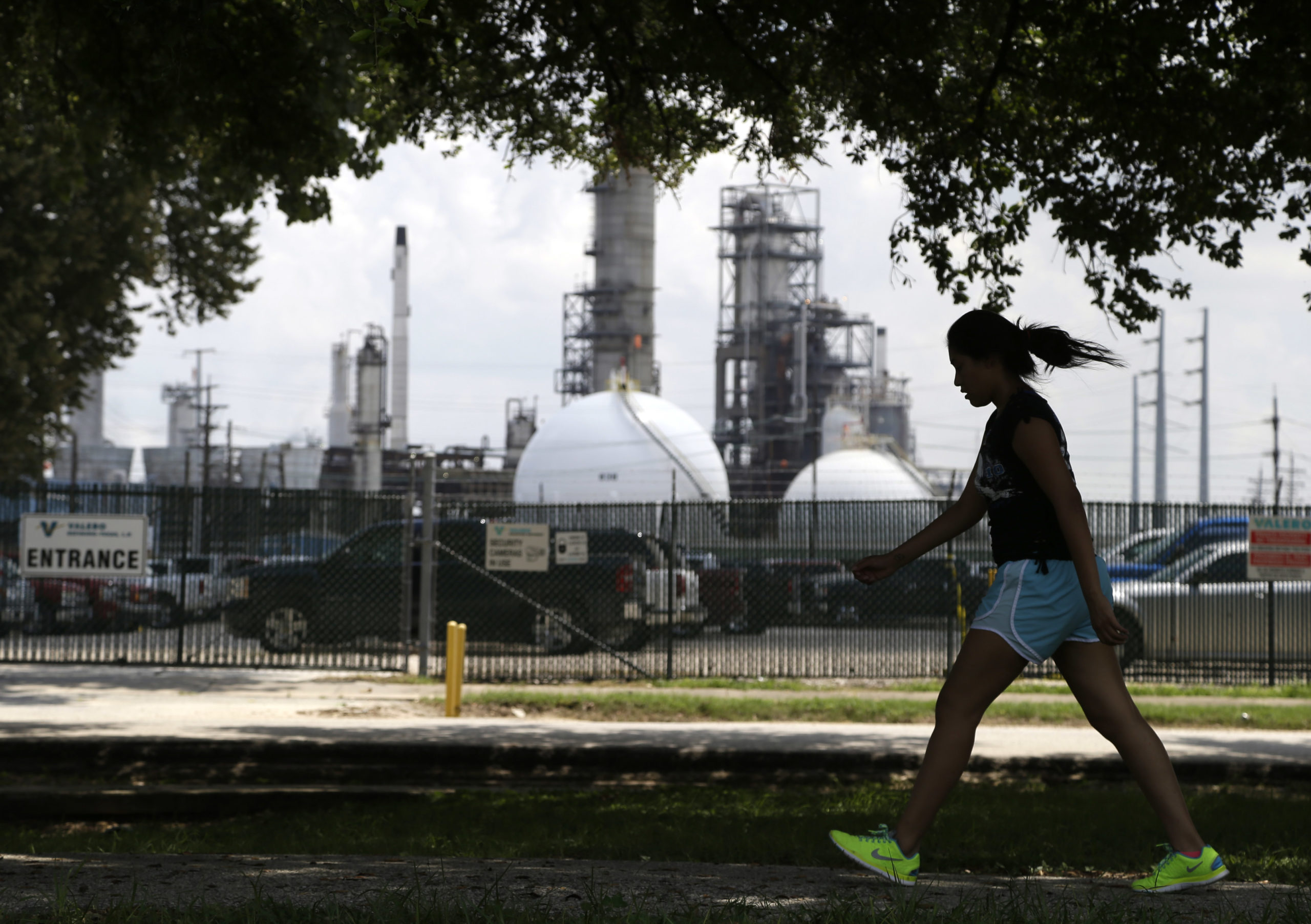 Jon Niermann, the chairman of the state agency charged with enforcing environmental laws, the Texas Commission on Environmental Quality (TCEQ), appears not to understand how environmental racism works, nor if the phenomenon even exists.

Senator Borris Miles, a Democrat who represents parts of Houston and Harris County, recently had to explain that term at a meeting of the Sunset Advisory Commission, a rotating group of 10 legislators and two laypeople which reviews the performance of state agencies every 12 years. TCEQ is up for review this year, and Miles criticized the agency for permitting too many concrete batch plants in his district.

“They are largely located in poor, minority communities,” he said. “This is the definition of environmental racism.”

In response, Niermann acknowledged the country’s legacy of racial discrimination may still affect areas like Miles’ district, and that some communities have more polluting facilities. But he claimed he didn’t know what to make of the term “environmental racism.”

Niermann leads the Texas agency “charged with protecting the state’s air, water, land resources, and public health,” according to the self-evaluation report TCEQ submitted to the Sunset Advisory Commission in September. Among other responsibilities, TCEQ permits and regulates a wide range of facilities that release pollutants into the air, water, or soil—everything from the world’s largest oil refineries and massive landfills to mom and pop gas stations and dry cleaners. But those who live near these facilities have long known the agency to be an eager permitter and ineffectual regulator.

“They’re protecting no one. They’re only fronting. And they are killing,” said Sandra Edwards, one of hundreds of Texans who traveled to Austin last week from all across the state to participate in a public meeting as part of the Sunset review process. Edwards is a resident of Houston’s Fifth Ward, a historically Black section of the city that’s dotted with metal recycling and concrete batch plants and near a cancer cluster linked to creosote contamination from a century-old rail yard.

Houston, El Paso, the Dallas-Fort Worth region, and San Antonio all have some of the worst ground-level ozone pollution in the country—caused by power plants, refineries, and chemical plants as well as by traffic—according to the American Lung Association’s yearly rankings of U.S. cities’ air quality. In fact, approximately 17,000 deaths in Texas can be attributed to outdoor air pollution each year, according to a 2021 study in the journal Environmental Research.

Laura Hunt, a mother and pediatrician from Midlothian, south of Dallas, used her two minutes at the public hearing to describe the multiple large cement kilns that loom over the city and release visible clouds of air pollution. “These clouds contain thousands of pounds of hazardous chemicals,” she said.

Even before hearing citizens at that public meeting, staff from the Sunset Advisory Commission had already prepared their own report, which includes input from TCEQ staff as well as stakeholders from the public and industry. The report notes that “TCEQ’s commissioners have in some ways become reluctant regulators,” hesitant to punish companies that pollute illegally, let alone use their power to prevent industrial pollution in the first place.

While the Sunset Advisory Commission has the option of disbanding state agencies entirely (hence the name “sunset”), it typically recommends administrative and legislative options for improvement. During the process, the Commission holds one open meeting where members of the public can comment on the agency under review and respond to the Sunset staff’s recommendations.

Senator Miles was one of the few legislators not serving on the Sunset Advisory Commission to attend the meeting last Wednesday. He brought along three busloads of constituents.

Texans traveled to the state capitol not just from Houston and Dallas, but also from Rio Grande Valley colonias dealing with contaminated water and from arid Hill Country towns fending off developers. Over the course of five hours, more than 100 people testified on their experiences with TCEQ. As Harris County parent Sim Kern angrily pointed out, this meeting was the public’s only formal opportunity to address the Sunset Advisory Commission face to face, before their October vote on whether to approve, reject, or modify the recommendations in their staff’s report.

“Not only are [TCEQ] unable to protect us from being poisoned, they don’t even seem interested in it,” Kern said. “All this pomp and circumstance is to put a veneer of respectability on killing kids.”

To solicit more input and improve public trust, Sunset staff recommended that TCEQ hold public meetings both before and after issuing draft permits. It currently only holds public meetings after it’s already drafted permits for proposed projects, which can include building new facilities or expanding existing ones. There’s “very little room for conversation at that point,” Romig said.

Members of the public and environmental advocates who came to testify overwhelmingly agreed with this recommendation. At the very least, holding an early public meeting “establishes a relationship between the applicant and the community,” said Adrian Shelley, director of Public Citizen Texas.

The staff report also recommends changing the formula that TCEQ uses to quantify a facility’s compliance history. The agency is required by state law to account for a facility’s level of complexity when rating how well it complied with environmental regulations. But the Sunset staff found that the formula appeared to give complex facilities—like massive petrochemical plants—greater leeway to violate regulations than it gives to smaller facilities. Similarly, a 2018 Observer investigation revealed that TCEQ goes after small businesses like family-owned gas stations with much more diligence, charging bigger fines relative to their size, often just for paperwork infractions.

“Complexity is the main driver of how the rating ends up,” Romig explained.

Missing from the report, however, is any recommendation that TCEQ consider cumulative effects of pollution from multiple industrial facilities in the same neighborhood. For years, residents of disproportionately polluted neighborhoods and their allies have called for regulators to account for already existing facilities when approving or denying permits for new projects in the same area.

Many of the meeting attendees who arrived with Miles previously participated in “People’s Hearings” on TCEQ, organized around the state by Public Citizen and the Coalition for Environment, Equity, and Resilience.

At one People’s Hearing in Houston this April, person after person—most from the historic Fifth Ward or the Kashmere Gardens neighborhood just to the north—lined up to tell stories of family members claimed by cancer that they believe is linked to industrial pollution. Last year, the Texas Department of State Health Services confirmed what these residents suspected: Children in a census tract near the old rail yard that includes part of Kashmere Gardens are nearly five times more likely to develop leukemia than the average for children statewide. An earlier study found that adults in multiple census tracts in the same area of northeast Houston are also significantly more likely to develop several types of cancer compared to state averages.

But when confronted by Miles and two overflow rooms full of Texans, Niermann claimed his agency has no control over where companies choose to locate facilities—though TCEQ has the power to decide whether to approve or renew permits. He and the mostly conservative members of the Sunset Advisory Commission seemed skeptical that communities of color in Texas suffer disproportionately from the impacts of pollution, or that TCEQ should do anything to address that issue.

Senator Charles Schwertner, the current chair of the commission, pointed out that city  governments can use zoning powers to limit industrial facilities’ locations, pointedly asking Representative Armando Walle of Houston—who, like Miles, chose to sit in on the meeting—whether his city has zoning laws.

“No,” Walle replied. But he pushed back, adding that unincorporated areas in Harris and other counties lack zoning powers and that the Texas legislature has “neutered” local governments’ ability to regulate industries like concrete through other local ordinances.

Another debate looming over the TCEQ’s sunset review is how much—or even whether—the agency should consider economic development in addition to environmental quality and human health. TCEQ is known to have a cozy relationship with the companies it permits and regulates, going so far as to call them “customers.” After their time at the agency, officials frequently go on to take lucrative jobs lobbying for these industries.

In fact, former TCEQ Chairman Bryan Shaw appeared at Wednesday’s meeting as a lobbyist on behalf of the Texas Oil and Gas Association. “If the permitting is more arduous, those facilities are likely to locate elsewhere,” he said. But when asked if he has examples of companies choosing to go to another state, Shaw replied, “I do not, but it’s a well-known phenomenon.”

Several Sunset Commission members expressed an explicit desire for TCEQ to permit projects as quickly as possible, doing nothing to dispel public concerns that the agency serves simply as a “rubber stamp.” They also engaged far more with comments from industry groups like the Texas Chemical Association and the Texas Aggregate and Concrete Association—asking extensive follow-up questions addressing their concerns—than they did with testimony from the public or from environmental advocates.

About the only members of the public to get any verbal response from Commission members were children who came to testify about pollution in their neighborhoods.

Natalie Diamond, a 9-year-old from Gunter, a tiny town north of Dallas, testified about the concrete batch plant down the road from her school. “We’ve been taught in school that pollution is bad for our health and growing brains,” she said. “Please help Gunter and all the kids that are victims of poor permitting.”

But even Diamond and the other children got mere thank you’s rather than substantive engagement.

The Sunset Commission has three and a half months to deliberate before voting on staff recommendations on October 12. Ultimately, many community members and advocates felt those recommendations didn’t go far enough on issues like the cumulative impacts of pollution. In TCEQ’s defense, Niermann said there’s significant public confusion about the scope of the agency’s authority, though he conceded that “many people simply disagree” on how broad that scope should be.

Several environmental groups are already pursuing reform through other means. On Tuesday, the Environmental Integrity Project and 13 other organizations sent a petition to the EPA, asking the federal agency to intervene in Texas and investigate whether TCEQ’s air permitting program violates Title VI of the Civil Rights Act, which prohibits programs that receive federal funding to discriminate on the basis of race, color, or national origin.

TCEQ is clearly “not in the business of environmental justice,” said Gabriel Clark-Leach, a staff attorney at the Environmental Integrity Project. He explained that his organization was pursuing this EPA petition in addition to the state Sunset process “because TCEQ is so recalcitrant and entrenched in its ways that it’s difficult to count on any one path or project being successful.”

Though Clark-Leach and many others say TCEQ already has authority to deny permits on environmental justice grounds and simply isn’t acting, meaningful reform might still take legislative change. Representative Walle called for “an equal amount of public policy and legislation” in addition to the Sunset review.

At the Sunset meeting, Edwards, of Houston, put the problem succinctly. “We are tired of losing loved ones to the same old, same old,” she said. “Do something different.”

A look at the fake online traffic business, as some ad exchanges look the other way and advertisers are embarrassed to admit they purchased fraudulent inventory (Morgan Meaker/Wired)