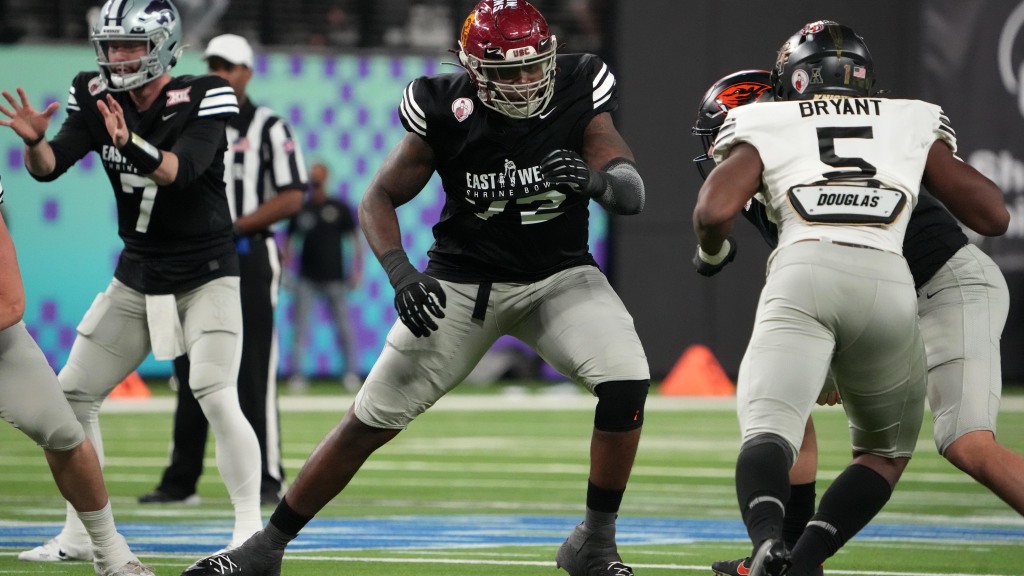 He’s infinitely coachable and athletically gifted with the ideal frame, physique, weight distribution, knee bend and hand strength to be molded into a special blocker.

Dips shoulder and moves his feet to get outside leverage when needed. Strong and low coming out of his stance, effective in short-yardage situations.

Has the feet to adjust when he anticipates what’s coming. Effective trapping and bends at the knees with adequate core strength to absorb the bull rush. Can clear a path at the second level if he hits the target.

Quick-footed with smooth movement skills to cover a large area. Rangy with above average lateral ability. Bursts off the snap and sets up quickly with little wasted motion.

Has the agility, technique, and size to contribute early in his professional career. Quick, active hands to latch on to defenders.

A short-area blocker with limited range and doesn’t consistently get to the second level. Will play undisciplined at times, especially in space. Lacks a finishing attitude.

Flashes the ability to move his man with his hands, but is not yet consistent in this area.

Will punch at smaller defenders instead of latching on and is more of a mauler than mover in the running game. Can improve maintaining outside leverage when doubling the nose. Ducks his head and gets too upright, causing him to fall off second-level blocks.