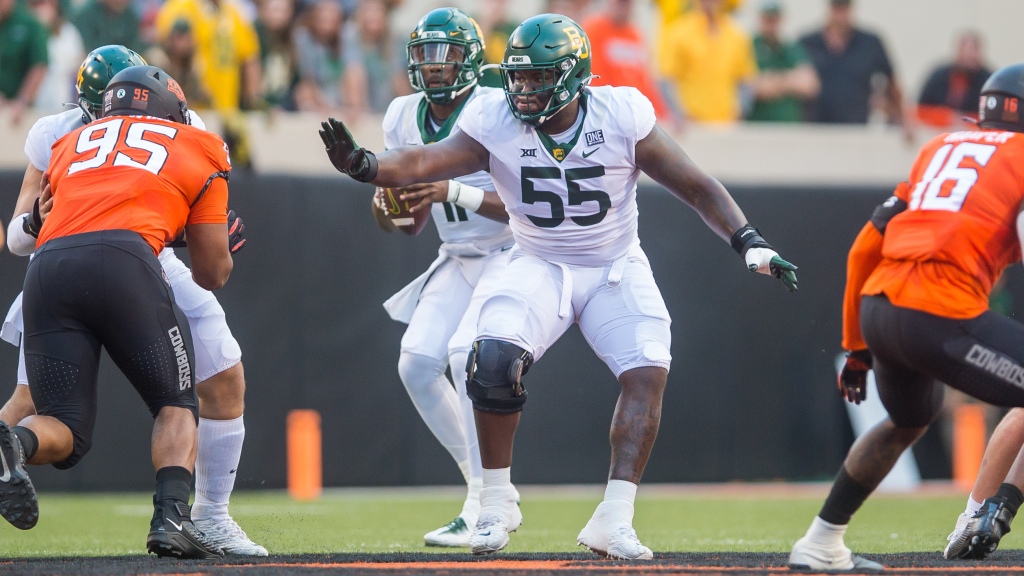 Has average height with a narrow base out of his stance. Needs to get stronger in his lower half to anchor at the point of attack.

On the short and stocky side but has the lateral agility and punch to make up for it. Finishes plays and will reset to recover and drive linemen out of the play.

Needs to prove his worth in a straight-ahead running game.

Needs to work on his technique in pass protection, using more consistent leverage and continuing to move his feet.

Stops his feet after initial contact, relying on length but allowing defender to get the corner or spin inside.

Finesse blocker with average arm length who doesn’t use his hands well to win at the point of attack.

Not physically imposing and has average overall strength. Upper body gets over his feet too often and he easily loses his balance.