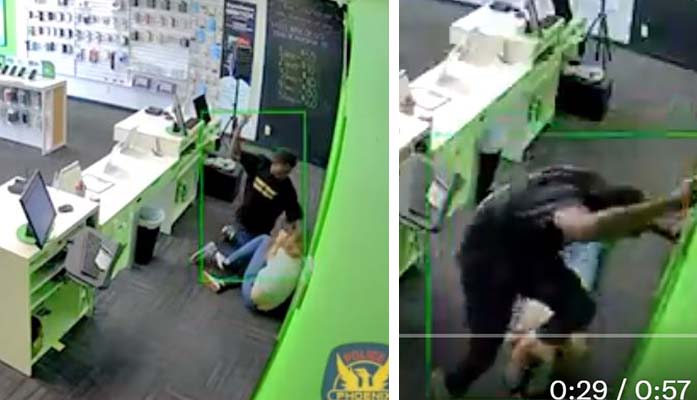 A man caught on video viciously attacking a store clerk is in custody, according to the Phoenix Police Department.

A video of the shocking beating went viral on social media within minutes of the Department’s posting.

The assault and robbery occurred on Saturday, June 4.

Police have not yet identified man, who not only assaulted the employee, but stole phones, and cash from the store.