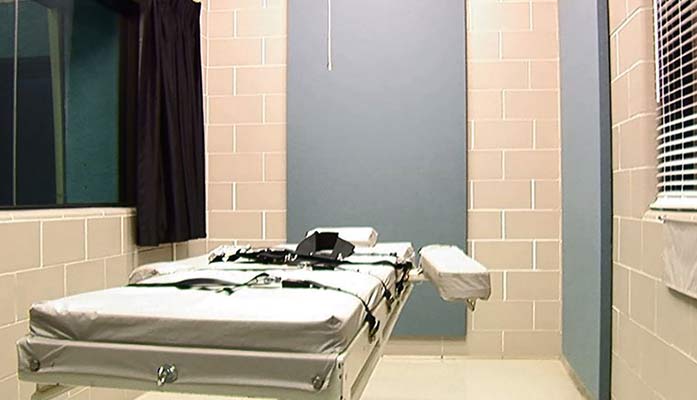 Last minute reprieves are common in death penalty cases. But assuming Frank Jarvis Atwood’s sentence is carried out as scheduled Wednesday, one person who will be at peace with the action is Arizona Attorney General Mark Brnovich.

As of press time, Atwood is slated to have his sentence carried out by lethal injection by the Arizona Department of Corrections.  The U.S. Court of Appeals for the Ninth Circuit denied a requested stay of execution Monday, leaving few arguments for Atwood’s attorney in pursuing a last minute petition to the U.S. Supreme Court.

Atwood, now 66, was convicted in a Maricopa County courtroom in 1987 for the kidnapping and murder of Vicki Lynne Hoskinson, age 8, who disappeared Sept. 17, 1984 after leaving her Pima County home to mail a birthday card. Her bicycle was found later that afternoon but the third-grader’s body would not be recovered for seven months.

Among those who testified at the trial was Vicki Lynne’s mother, Deborah Carlson, who has been waiting for Atwood’s sentence to be imposed for 35 years. In January, Brnovich initiated the process to secure a warrant of execution from the Arizona Supreme Court to carry out imposition of that sentence.

“Justice has been a long time coming in some of the most heinous crimes committed in our state,” Brnovich said at the time. “It is our solemn duty to fulfill these court-ordered sentences on behalf of the victims, their loved ones, and our communities.”

The attorney general’s move triggered a petition for clemency as well as various renewed appeal efforts on Atwood’s behalf, all of which have been denied. And while others will be riveted by details of Atwood’s choice of a last meal or how long the drug combination took, Brnovich says will be thinking about the promise he made to Vicki Lynne’s mother when he became Attorney General to do everything possible to ensure the sentence for her daughter’s killer is carried out.

“It is those who commit the ultimate crime who deserve the ultimate punishment,” Brnovich told Arizona Daily Independent on Tuesday. “I am very comfortable with that decision.”

Brnovich discussed concerns some people have with Arizona’s recent resumption of death penalty in light of systemic problems with the judicial systems in other states which impose a sentence of death.

According to Brnovich, it is the duty of all prosecutors to seek justice and not measure their success by the number of convictions they secure or the number of years a defendant is sentenced. He added that the attorneys in his office are continually reminded they are acting on behalf of the State, which comes with “the awesome responsibility” to ensure justice is done.

“No case is ever worthy a miscarriage of justice,” said Brnovich, himself a former state and federal prosecutor.

As to the Atwood case specifically, Brnovich explained the decision to move forward with a state execution is not about personal vengeance or revenge.  A warrant of execution is not sought by his office unless he and the lawyers reviewing a case are “completely comfortable with moving forward.”

The attorney general also pointed out Atwood has had numerous state and federal judges look at the 1987 conviction, not to mention the clemency board as well as a jury of Atwood’s peers who supported a death sentence at the conclusion of a nearly 10-week trial.

That jury heard testimony about how Atwood became a suspect in part due to witnesses who noted a suspicious vehicle near the local elementary school. One teacher even jotted down the license plate which was registered to Atwood.

The jurors also heard that detectives learned California court officials had declared Atwood “a mentally disabled” sex offender after he was involved in at least two child molestation cases, including kidnapping and lewd and lascivious acts with an eight-year-old.

Atwood, then 28, was later paroled in California and moved to Tucson, arriving in September1984. Vickie Lynne disappeared just a few days later.

On Sept. 20, 1984, Atwood was taken into custody in Texas on suspicion of kidnapping in connection with the girl’s disappearance. A murder charge was later added when the body was located in the Tucson desert by someone hiking in the area.

Atwood received a life sentencing on the kidnapping conviction and death penalty for the girl’s murder.  He was transferred to the custody of ADC on May 11, 1987.