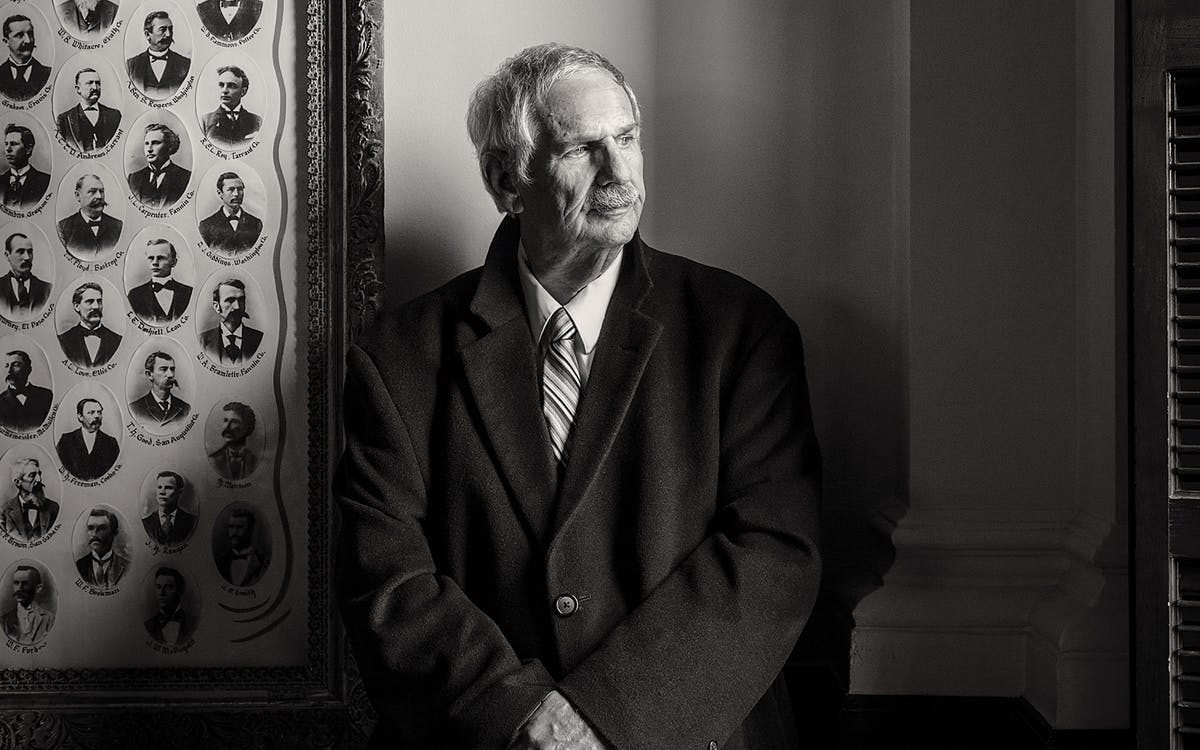 Paul Burka, who joined Texas Monthly in 1974, a year after its founding, and stayed until 2016, was perhaps best known as “the dean of Texas political writers.” In truth, he could do it all. Though he has now retired, Paul, a great thinker, was also a great reporter and a great writer, a triumvirate that is rare in journalism. He grew up in the baroque, byzantine world of Galveston politics and commerce, honed his intellect at Rice University, and toiled as counsel to the Senate Natural Resources Committee in the Legislature before finding a home at Texas Monthly. No one had a deeper understanding of Texas power—its heroes and villains, its uses and abuses.

“The Man in the Black Hat” is one great example of that understanding in a life’s work filled with great examples. On one level, this is a profile of Clinton Manges, whose “mystique and money have combined to make him the most powerful—and most controversial—behind-the-scenes figure in current Texas politics.” On a deeper level, it is a story of a place with its own culture and its own secrets—a paradigm for many TM pieces. It ran in two parts, in June and July 1984, and won Paul and Texas Monthly a National Magazine Award for reporting.

With a muscular beginning that immediately locates readers in the mysterious, threatening environs of South Texas, where “nothing is obvious,” Paul’s writing fearlessly characterizes that region’s most dominant player and demonstrates the intertwining of Texas mythology with political reality. He goes on to show how Clinton Manges was a role model for today’s oil tycoons, who built fortunes and used them to buy sway. This piece was an enormous legal risk for Texas Monthly, then just over a decade old; the magazine’s two go-to lawyers cross-examined Paul—a University of Texas law school grad—about every fact before the piece went to press. “Manges had such influence and was so clever and devious that if we didn’t have this story exactly right, the whole world would come tumbling down,” recalled Greg Curtis, who was editor in chief at the time.

Month in and month out, Paul provided Texans with the insights they couldn’t get elsewhere about the state’s leaders, from Lieutenant Governor Bob Bullock and Attorney General Jim Mattox to Governors Ann Richards, George W. Bush, and Rick Perry. Even those who disagreed with him respected Paul’s encyclopedic knowledge of Texas politics, as well as his courage to call it as he saw it.

This article originally appeared in the May 2022 issue of Texas Monthly with the headline “Behind the Story.” Subscribe today.

Inside a Texas abortion clinic after the fall of Roe