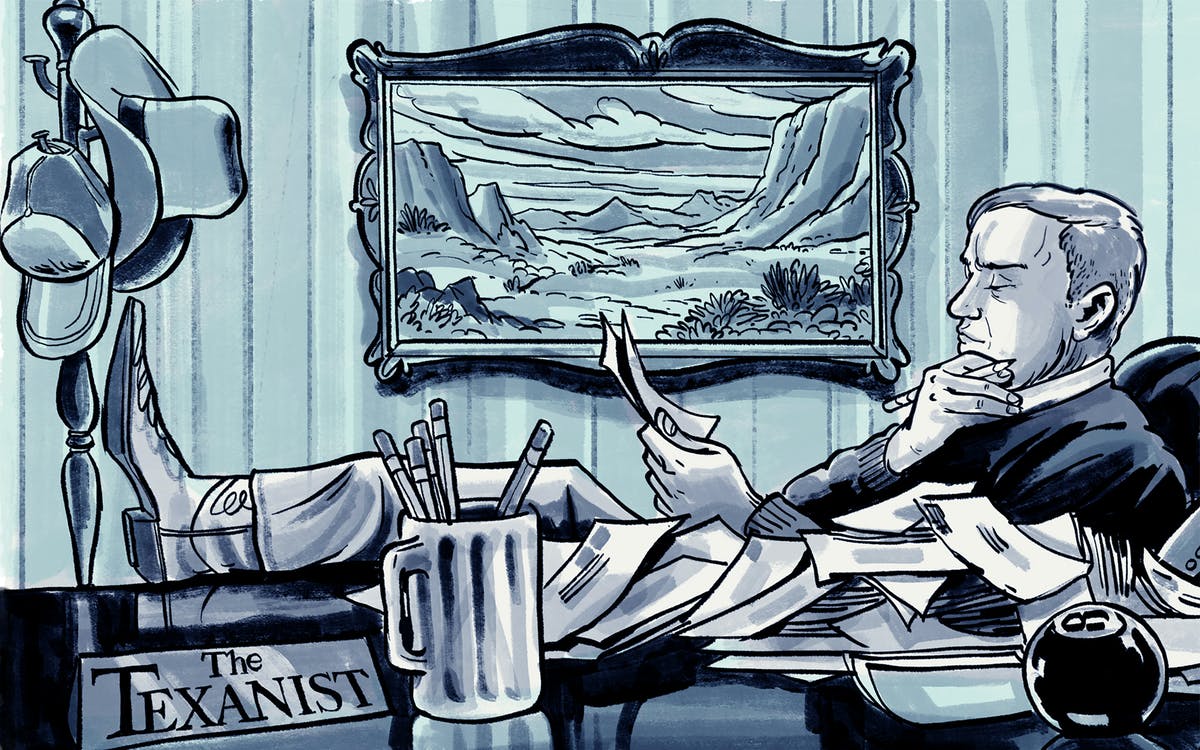 Everybody’s talking about Top Gun: Maverick. And rightly so. It’s the cinematic blockbuster that has grossed a whopping $548 million worldwide in its first two weeks and has resuscitated, or at least offered a glimmer of hope, to the struggling, pandemic-plagued movie theater business. Critics agree: the movie is great! The Texanist saw it and he wholeheartedly concurs.

Well, a lot of folks don’t know this, but there’d be no Top Gun: Maverick without Texas. (“You’re crazy, Texanist! Have you been drinking again? Seriously, what’s with you guys? Everything always comes back to Texas. Center of the universe, yada yada. What a bunch of hooey. Go to bed, man!”) No, no, it’s true. And this supposition has nothing at all to do with Austinite Glen Powell, who lends his acting talents as the film’s cocky protagonist. If you feel like your leg’s being pulled, though, just go ask any old etymologist. Or, better, let the Texanist “texplain” himself.

Really, it’s as simple as this: we owe the word “maverick,” which, according to the Merriam-Webster dictionary definition, refers either to unbranded cattle or to an individual with a fierce independent streak (like, say, Top Gun: Maverick’s über-cocky hero, Navy flyboy Pete “Maverick” Mitchell)—to early Texan Samuel Augustus Maverick. You see, a long, long time ago, Maverick (without quotation marks), who was a legislator, land baron, San Antonio mayor, namesake of Maverick County, and signee of the Texas Declaration of Independence as well as a cattleman, became known for, among other things, letting his herds roam the vast South Texas range freely and without a brand, though branding, for purposes of easy identification, was customary. Maverick is said to have said that he did this out of a benevolence for the bovines, whom he couldn’t bear scarring with a white-hot branding iron. But he also is said to have done it so that he could claim any unmarked stray as one of his own—in other words, a Maverick. Either way, a maverick is a maverick because of Texan Samuel Maverick, without whom Captain Pete Mitchell might have been left with a much less catchy call sign.

And this is why there’d be no Top Gun: Maverick without Texas. It’s a fact as simple as it is true.

By the way, old Sam’s grandson, Fontaine Maury Maverick Sr., a former congressman and himself a mayor of the River City, is credited with the 1944 coinage of the word “gobbledygook,” which is, of course, defined as “wordy and generally unintelligible jargon.” How about that?

So endeth the lesson.