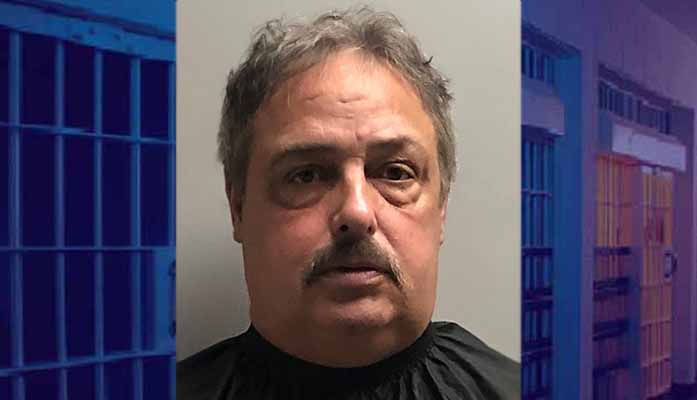 A Sierra Vista man found “in and out of consciousness” while parked on a state highway with a blood alcohol concentration of .469 – nearly six times the legal limit of .08 – will spend four months in state prison followed by several years of intensive probation, a Cochise County judge has ordered.

Bryan Del Tipton came to the attention of police on Aug. 7, 2020 after employees of a McDonald’s became concerned with his erratic and incoherent behavior, which included “licking” the credit card machine and driving over a curb in the parking lot.

A restaurant manager initially followed Tipton out of the parking lot in an effort to stop the truck. The truck was located a short time later on State Route 92, with Tipton sprawled across the front seats of the truck in a turn lane and the truck’s passenger door open.

An open bottle of whiskey was inside the passenger compartment, according to court records.

The dangerously high BAC reading is based on a blood test conducted at Canyon Vista Medical Center where Tipton, now 59, was transported for emergency treatment. Judge Timothy Dickerson commented during the May 31 sentencing hearing that “it is hard to get to that level” of intoxication without serious medical consequences or even death.

It was also fortunate, the judge said, that Tipton did not cause any injuries while being so drunk behind the wheel.

According to the National Institute on Alcohol Abuse and Alcoholism, a BAC of 031 or more can lead to coma, brain damage, respiratory failure, and “a significant risk of death” if timely medical intervention is not provided. Another major concern is choking due to the suppression of the brain’s auto responses such as the gag reflex.

Court records show Tipton did not have a valid driver’s license due to two prior misdemeanor DUI convictions for arrests in 2019 and early 2020. His truck was forfeited per Arizona law after his indictment on the felony DUI charges.

Tipton told the court he has been sober since April 2021, the same month he was indicted. Dickerson said one reason for ordering Tipton to serve five years of intensive supervised probation after prison is to ensure he receives ongoing treatment to aid in his sobriety.

Adele Drumlevitch, a southern Arizona attorney known as “The DUI Lawyer,” told Arizona Daily Independent that of the “thousand or so” of DUI cases she has handled the last decade she has never seen one with Tipton’s level of intoxication.

Homebuyers On A $2,500 Monthly Budget Have Lost $118,000 In Spending Power – Arizona Daily Independent