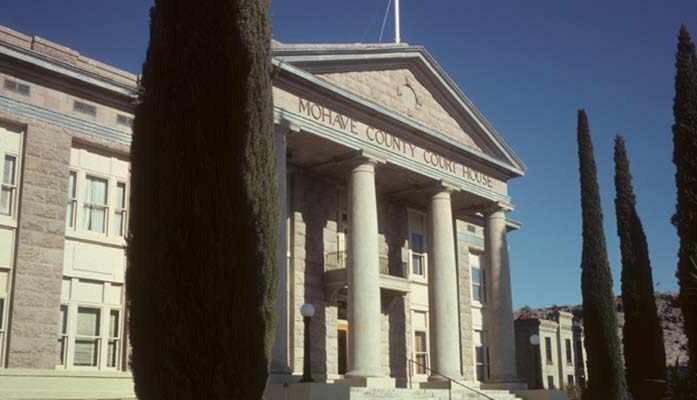 Depending on who you ask, Monday’s ruling by a Mohave County judge is the end of a last-ditch effort to halt the popular election practice of no-excuse voting by mail approved by the Arizona Legislature some 30 years ago. Or it simply marks the beginning of another round of legal review toward banning the practice.

Those were the two main reactions Monday to Judge Lee Jantzen’s findings that the Arizona Legislature was not prohibited under the state’s Constitution from enacting voting laws in 1991 that have led to nearly 90 percent of voters receiving their ballot ahead of the main election day.

And that, according to Jantzen, was the only question he considered when ruling on a request by the Arizona Republican Party and its chair Kelli Ward to declare no-excuse main-in voting unconstitutional.

“It is important to note what this case is not about allegations of fraud in the voting process. It is not about politics. It is not even about whether the parties believe mail-in voting is appropriate,” Jantzen wrote in concluding that no-excuse voting by mail is lawful.

And he pointed to the same section of the Arizona Constitution relied on by Alex Kolodin and his associates in their arguments on behalf of Ward and the AZGOP – Article 7, Section 1 which states “all elections by the people shall be by ballot, or by such other method as may be prescribed by law; provided, that secrecy in voting shall be preserved.”

The plaintiffs argued that unfettered voting by mail does not provide sufficient secrecy to preserve the integrity of an election. However, Jantzen ruled Article 7, Section 1 does not prohibit mail-in ballots and it also specifically allows for new voting laws to be enacted based on the ”by such other method” language.

The only criteria for whatever method of voting is utilized is that secrecy in voting must be preserved, Jantzen wrote.

Those statutes took effect in January 1992.

The AZGOP lawsuit named Arizona Secretary of State Katie Hobbs, the State of Arizona, and all 15 elected county recorders as defendants in their official capacity. Each recorder had the option of being designated an active or a nominal party, depending on whether they wanted to actively take a position for or against the AZGOP’s efforts.

Jantzen listened to a few hours of oral arguments on June 3 in support of the various written pleadings filed with the court.  He denied the AZGOP’s application to show cause and denied their motion for a preliminary injunction which may have thrown a major monkey wrench into how the 2022 General Election would be conducted.

Once Jantzen signs a formal judgment then the plaintiffs can appeal his ruling. That scenario has been expected since the Arizona Supreme Court refused in April to hear a similar legal challenge due in part to not having a factual record from a lower court to consider.

The order signed by Chief Justice Robert Brutinel noted the AZGOP was not precluded from pursuing the challenge in one of the state’s 15 state courts. Mohave County appears to have been chosen as that is where Ward resides.

After the ruling, Ward gave a media statement suggesting an appeal was imminent. However, not all Republican lawmakers are on board with her strategy.

“This continues to be an utterly bizarre strategy by the State GOP,” Sen. T.J. Shope (R-Coolidge) tweeted. “Get over it, our voters vote via Early Ballot in droves! Losing elections and court cases seem to be the only desire by Party ‘leadership.’”