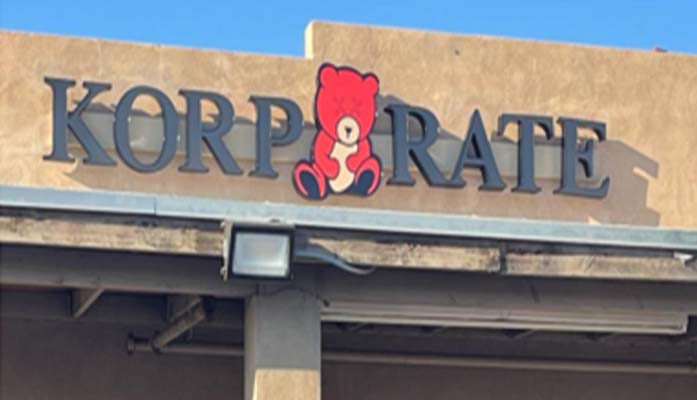 The Maricopa County Sheriff’s Office along with other law enforcement agencies partners worked together after receiving information of an unlicensed Marijuana Dispensary called “Korporate Smoke” located at 1612 E. Southern in Phoenix, Arizona.

Over several months, Maricopa County Sheriff’s Office Drug Suppression Task Force (MCDST) detectives investigated the business with Phoenix DEB conducting
several undercover purchases from the business which included Psilocybin Mushrooms. The undercover officers were brought through the front door, into a small clothing store and then into a room with display cases containing illegal drugs. Buyers would then choose what drugs they wanted to purchase, and the employees would utilize 2-way radios to communicate with other employees in a back room who would then bring the orders to the customer.

Korporate Smoke had armed security and would provide customers with a waiting room with access an ATM.

The teams established surveillance, arresting Simpson on August 5, 2022. MCSO’s Tactical Operations Unit (TOU) also served a warrant at the Korporate shop arresting two suspects identified as James McCoy and Corey Cashman who were located inside of a hidden “safe” room with drugs and money.

“This complex operation was successful due to the cooperation between all the law enforcement agencies involved,” said Sheriff Paul Penzone. “These efforts are crucial to keep illegal drugs off the streets of Maricopa County and protect our residents from these dangerous substances.”