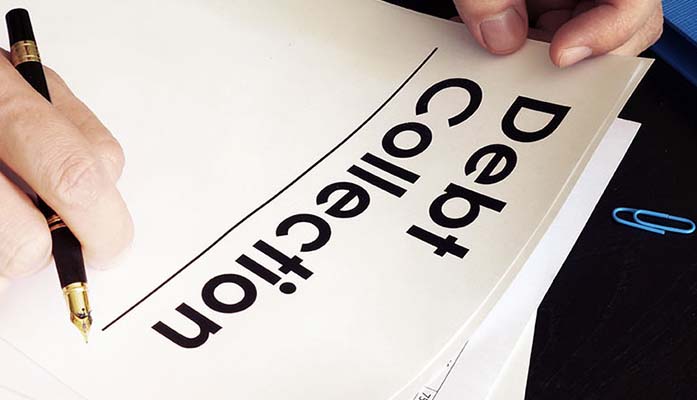 The language used to describe a ballot initiative which at first glance would protect Arizonans who incur medica debt is so inaccurate and misleading that a judge should prohibit the measure from being included on state ballots this November.

That is the argument made this week by the Goldwater Institute in an amicus brief filed in a case initiated last month by Protect Our Arizona, a political committee which argues the Predatory Debt Collection Protection Act would harm, not protect, Arizonans.

The brief, also known as a friend of the court brief, supports the efforts by Protect Our Arizona to obtain an injunction from Judge Frank Moskowitz barring Arizona Secretary of State Katie Hobbs from putting the matter on the upcoming 2022 General Election.

“This deceptive, foolhardy, and immoral proposal is being sold to voters as limiting the interest rate on borrowing to pay medical expenses, so that Arizonans can obtain affordable healthcare without being saddled with debt,” Goldwater Institute spokesman Joe Setyon said. “But the proposition would inflict economic damage far beyond what voters are being told.”

A special interest group called Arizonans Fed Up With Failing Healthcare (also known as Healthcare Rising AZ) collected signatures to get the Predatory Debt Collection Protection Act on Arizona’s ballot this November. The appears to be funded by several California interests.

But while the title of the ballot initiative claims to protect Arizonans by amending six state laws, it would instead inflict untold economic damage on the state according to the Goldwater Institute.

The main issue is a short description of the initiative was included when supporters filed to circulate petitions to garner the 237,645 signatures needed to qualify for the ballot.

“The description makes the proposal sound innocuous, but it’s actually breathtakingly wide in scope,” Setyon said. “The proposal would make it hard, and maybe impossible, for lenders or other people who are owed money to be repaid—regardless of whether those debts have any relationship to medical care.”

It would do this by severely restricting garnishments, raising the amount of home equity shielded against unpaid creditors, and drastically increasing a host of personal property exemptions—all measures that would leave businesses, landlords, and judgment creditors without legal recourse when people don’t pay their debts, according to Setyon.

The Goldwater Institute’s brief argues that if the Predatory Debt Collection Protection Act were to become law, it would inflict “enormous losses” on lenders and creditors, while having a devastating effect on the ability of Arizonans to obtain loans or afford housing.

“Who will lend money if they know they won’t get paid back?” Setyon noted.

The problem, according to the amicus brief, is that the initiative supporters misrepresented the aims and effects of the Act.

“No one should be able to mislead voters about ballot measures—especially out-of-state special interests who don’t have to suffer the consequences of dangerous public policies,” according to the Goldwater Institute. “Especially in this economy, it is imperative that Arizonans be made fully (and accurately) aware of what measures such as the Act will actually do, so that they can properly weigh their decisions.”

There is also a heightened reason for the legal action by Protect Our Arizona to ensure a bad law is not passed through a ballot initiative.

Under Arizona’s Voter Protection Act, the state legislature lacks the power to repeal or amend an initiative measure, unless the amending legislation furthers the purposes of such measure. This makes it extremely difficult for lawmakers to remove or remedy technical errors in the initiative language, or to counterbalance unintended consequences, the Goldwater Institute brief argues.

“Moreover, close scrutiny of this initiative’s description is especially warranted because the initiative is ambiguous as to whether it would diminish the state’s

ability to recover debts owed to the state, and thus could have a substantial effect on state revenue,” the brief argues. “We hope the court will disqualify this misleading initiative from the ballot, protecting Arizona voters and the economy.”