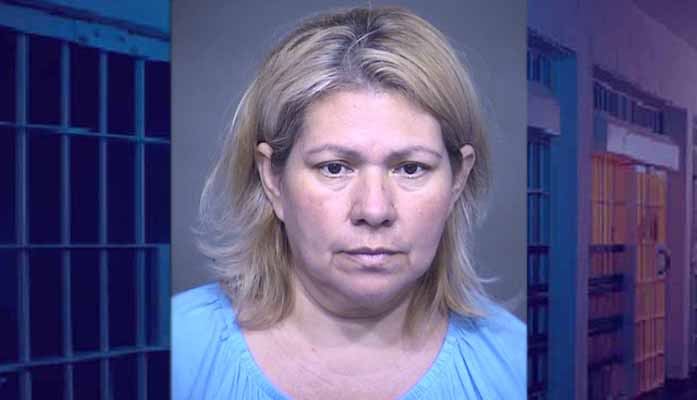 On August 7, 2022, around 4:00 p.m., a silver four door passenger car struck a four-year-old girl at the intersection of Main and Lesueur and then left the scene. Mesa Police Officers relied on witnesses and video surveillance to identify the vehicle and driver. Witnesses told officers that the vehicle had black rims and was driven by a white female with long hair. Video surveillance revealed that the vehicle displayed a black sticker just below the driver side taillight and a red and white object in the back seat.

The four-year-old girl was transported to a local hospital and is currently being treated for a brain bleed, broken ribs, a punctured lung, facial lacerations, and facial fractures. She is expected to survive.

Twenty-four hours later, on August 8, 2022, officers located a silver 2014 Hyundai that matched the description of the suspect vehicle. The vehicle was located at an apartment complex at 33 S. Ashland Mesa, AZ. The vehicle was parked in a designated parking spot, which led officers to the corresponding apartment, where officers spoke to 48-year-old Veronica Laprada. Laprada was identified as the registered owner of the Hyundai and the driver of the vehicle at the time of collision.

Laprada was booked into jail for Failing to Remain on Scene of a Serious Physical Injury Collision, a class 3 felony.