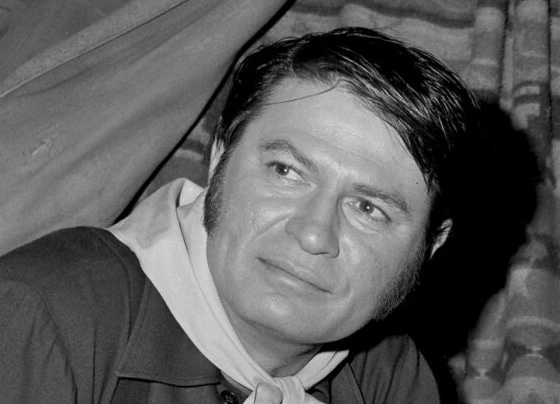 In this Dec. 2, 1966, file photo, actor Larry Storch, one of the co-stars of “F Troop”, poses during the filming of an episode at the Warner Brothers studio in Los Angeles.

LOS ANGELES — Larry Storch, the rubber-faced comic whose long career in theater, movies and television was capped by his “F Troop” role as zany Cpl. Agarn in the 1960s spoof of Western frontier TV shows, died Friday. Storch was 99.

Storch died of natural causes early Friday in his New York City apartment, according to his manager, Matt Beckoff.

Although “F Troop” lasted only two seasons on ABC, from 1965 to 1967, it became a cult favorite in reruns. Its devoted fans could recite almost all of the adventures of the incredibly incompetent soldiers of Fort Courage and the members of the nearby Native American tribe who only pretended to be at war with them.

While “F Troop” brought him lasting fame, Storch appeared in scores of films and TV shows both before and after the show. He also enjoyed a long career in theater and as a comic at resorts in New York State’s Catskill Mountains area.

He never regretted being best known for the series, his manager said.

“He embraced it. He loved being Agarn” and relished working with his co-stars, said Beckoff. Storch was the “kindest, sweetest person,” who always had time for autograph-seekers and was generous to people in need, he said.

His many theater appearances ranged from a brutal detective in a 1983 Broadway revival of “Porgy and Bess” to Chief Sitting Bull in the 2000 revival of “Annie Get Your Gun” with Reba McEntire.

Storch said in a 1998 interview that he was surprised to be considered for an Army comedy such as “F Troop,” with it being well known that he served in the Navy during World War II. “All I knew about horses was that they give milk and can bite from both ends,” he quipped.

Indeed, it was his Navy service that had greatly boosted his career. During the war, he had met a radio operator in the Marshall Islands named Bernie Schwartz who had told him, “I’m going to be a movie star.” Storch, already a seasoned comic on the resort circuit, had tried to talk him out of it, warning him that the business could be tough.

They met again after the war, and Schwartz, who by now had changed his name to Tony Curtis, remembered the funny guy from the islands. Storch went on to appear in eight of Curtis’ movies, including “Captain Newman,” “Who Was That Lady?” and “The Great Race.”

Laurence Samuel Storch was born in New York City where, he recalled proudly, he went on to become class clown at DeWitt Clinton High School and “was invited not to come back.”

He practiced his comedy in Harlem theaters for $2 a night before graduating to the famed training ground for comedians of his era, the Catskills.

His first big break came on TV in the early 1950s with “The Cavalcade of Stars,” with Jackie Gleason. That led to “The Larry Storch Show,” a 1953 summer series. Regular movie and TV work followed.