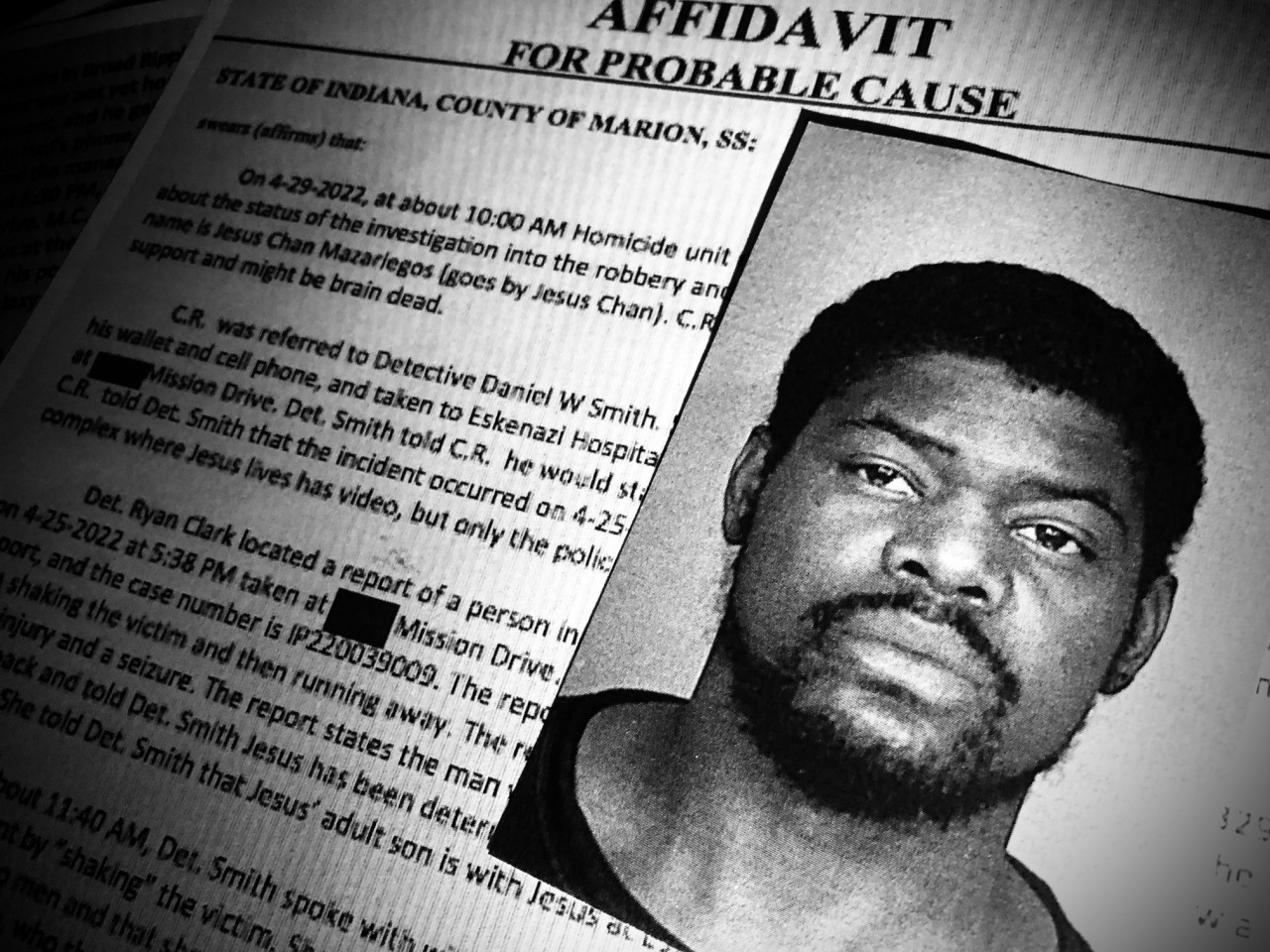 INDIANAPOLIS — Court records show an Indy man arrested for murder claims he didn’t intend to kill a 70-year-old man during a robbery on the northwest side.

After being arrested, the suspect admitted he robbed the victim in the parking lot of an apartment complex on High School Road, but claims he didn’t mean to kill the victim.

Returning home from work in late April, 70-year-old Jesus Mazariego, who went by the last name Chan, was robbed outside his own apartment.

A witness at the complex told police the suspect, later identified as 30-year-old Joshua Dye, violently shook the victim and tossed him to the ground before stealing his wallet and phone.

The 70-year-old died from brain swelling and internal injuries four days later in the hospital.

Just 25 minutes after that robbery, police said the same suspect robbed and assaulted a second man outside this nearby laundromat on High School Road.

Police claim the suspect was seen on video driving a Subaru away from both scenes. Officers tracked that car to the Gateway Motel on Lafayette where Dye was arrested this week.

According to court records, Dye confessed to the robberies, but when asked about the death explained, “He didn’t mean for this happen.”

He added, “He didn’t think he slammed him that hard.”

“You don’t have to intend to kill if another person dies during the commission of a felony,” said attorney Ralph Staples.

Attorney Staples isn’t connected to the case but explains that because the death took place during a robbery, the suspect can be charged with felony murder.

“Not to oversimplify it, but it’s pretty straightforward. Someone died while you were committing a felony.   You have to intend to commit the felony, but if someone else dies, felony murder is appropriate,” said Staples.

Chan’s family said he was an undocumented migrant from Guatemala. Some of his Guatemalan money was recovered from Dye during his arrest.

Chan’s death marks the fifth homicide this year involving a victim 70 years of age or older. That matches the number at the same time last year before the city ended with seven deaths in that age group.

The suspect is being held without bond at the Marion County jail. He’s due in court for an initial hearing on Thursday.