Indianapolis shooting killed one, injured another 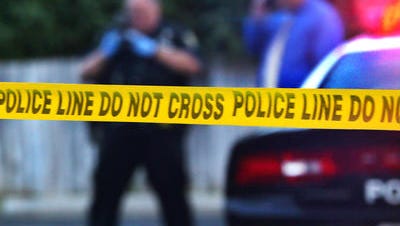 A man is dead and a woman is injured after a shooting Sunday morning on the city’s southeast side.

Police responded to a call at around 8:30 a.m. to a duplex in the 1500 block of Renton Street, just north of Bethel Park.

The man was found dead, and the woman was taken to the hospital, where she is in serious but stable condition, said Indianapolis Metropolitan Police Department spokesman Officer William Young.

Neither have been named.

It’s unclear what led up to the shooting, but Young said investigators don’t believe it was a random act.

An investigation is ongoing.

Indianapolis has surpassed more than 100 homicides just six months into 2022.