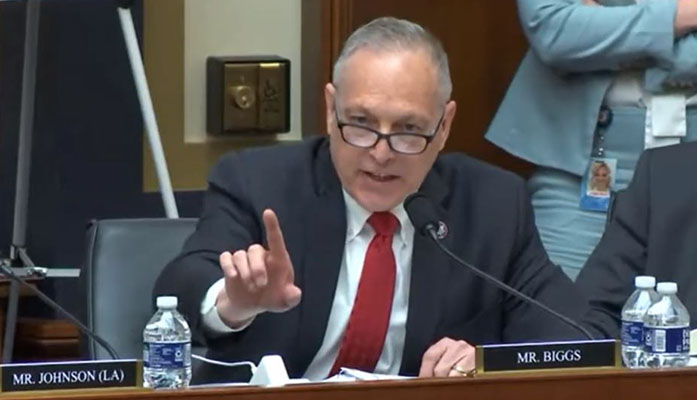 On Friday, Congressman Biggs along with some surprising co-sponsors introduced the WHO Withdrawal Act. If passed, the legislation requires the President to withdraw the United States from the World Health Organization (WHO).

Rep. Nancy Mace, considered a “Republican In Name Only” (RINO) and hard-right Arizona Congressman Paul Gosar offered their support for the bill which also repeals the law that originally authorized the United States to join the WHO, and prevents taxpayer money from being spent to participate in the WHO.

“For years, the WHO has undermined American interests and remains one of the most corrupt and ineffective international institutions,” said Biggs. “The organization has been compromised by China and has sabotaged many public health investigations–including the COVID investigation in Wuhan.”

“Despite the WHO’s failure to objectively provide health guidance to the world, President Biden now seeks to give the WHO more authority to define what a pandemic is, how long a pandemic lasts, and encroach upon the sovereignty of nation’s like ours,” said Biggs. “It’s unacceptable. My legislation ensures that we protect American interests first.”