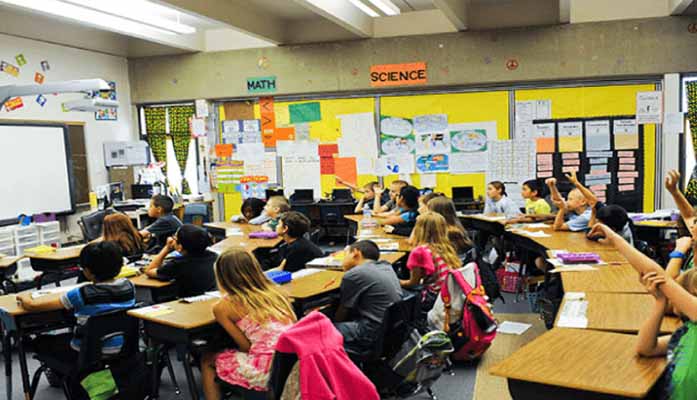 Arizonans deserve and need the best social studies education for their children. Their elected representatives already have done a good deal this year to improve their public schools’ social studies instruction. Their work includes increasing the passing score for the civics test from 60% to 70%, requiring a comparative discussion of political ideologies that conflict with the principles of freedom and democracy, and providing age-appropriate instruction on the 9-11 terrorist attacks.

But Arizona won’t have a firm basis for social studies instruction until the State Board of Education adopts better History and Social Science Standards.

State standards are the single most influential documents in America’s education system. State education departments use them to provide guidance to each public K-12 school district and charter school as they create their own courses.

Arizona’s History and Social Science Standards could be much better. The Standards are a tangle of anchor standards and inquiry arcs. The subject items themselves emphasize disciplinary skills and processes far more than actual content knowledge. Students need to “Demonstrate historical empathy when examining individuals or groups in the past whose perspectives might be very different from those held today,” but the standards never mention Benjamin Franklin or George Washington.

Some of the subject items cue modern progressive dogma. In the sixth grade, students learn to “Describe how different group identities such as racial, ethnic, class, gender, regional, and immigrant/migration status emerged and contributed to societal and regional development, characteristics, and interactions over time.”

Finally, Arizona has abandoned teaching Western Civilization and substituted a vague World History course. Arizona students no longer learn the coherent narrative of the ideals and institutions of liberty embedded in the history of Western Civilization. Neither do they learn the history of Judaism and Christianity, which bequeathed to America the ideals of spiritual freedom and the equal dignity before God of every man and woman—as well as Bartolomé de las Casas’s and William Wilberforce’s anti-slavery ideals. Nor do Arizona students learn the histories of Spain and England, which are the essential background for the history of Arizona’s settlers. The Department of Education should restore a year-long high school course in Western Civilization to the Arizona social studies curriculum.

Arizona lawmakers were right to require the State Board of Education to adopt new civic education standards focused upon our nation’s founding principles this past legislative session. As the Board does so, and as it redevelops the state’s social studies standards more broadly, it should use the Civics Alliance’s American Birthright: The Civic Alliance’s Model K-12 Social Studies Standards as a guide to revise its social studies standards and provide its students a proper civics education. American Birthright draws on varied sources, including the 2003 Massachusetts History and Social Science Framework and Florida’s Next Generation Sunshine State Standards for Social Studies (2021).

American Birthright provides the comprehensive content knowledge in history, geography, civics, and economics that schools should teach in each grade from pre-kindergarten through high school, and teaches students to identify the ideals, institutions, and individual examples of human liberty, individualism, religious freedom, and republican self-government; assess the extent to which civilizations have fulfilled these ideals; and describe how the evolution of these ideals in different times and places has contributed to the formation of modern American ideals.

Above all, American Birthright teaches about the expansion of American liberty to include all Americans, as well as about heroes of liberty such as Abraham Lincoln, Martin Luther King, Jr., and Ronald Reagan.

Every American student should be educated to be another Harry Truman—a high-school graduate who, without ever graduating from college, has a solid grasp of history and is capable of serving as an officer, a judge, a senator, and president.

If Arizona’s State Board of Education draws on American Birthright to revise its social studies standards, it will provide Arizona’s students that education.