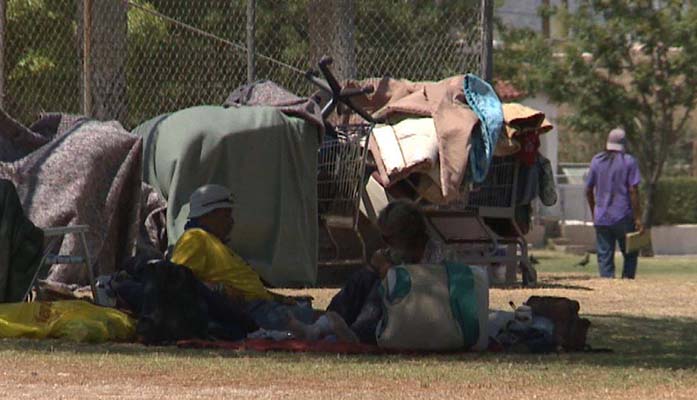 Tucson’s level of inner-core urban rot, outside of its artificial, tax-subsidy-induced new downtown, is starting to be noticed by broader segments of society.  The ones that can afford it are moving out.  They see the one-sided fraud, made all the worse by the Metro’s spectacular inability to lure new manufacturing investment to the City’s periphery.  Especially in an otherwise booming Arizona economy.

The RedStar’s Editor, Jill Jorden-Spitz, recently relocated to up-scale, [unincorporated] Catalina Foothills, and to a gated community out of her decaying hipster neighborhood off downtown near UA.  Their publisher, John D’Orlando, never did buy into the hipster hoop-la, and wisely lives in [incorporated] Marana.  They’re not the only ones.

Meanwhile the business geniuses at SALC, the Southern Arizona Leadership Council, toodle along their merry way, utterly self-absorbed with their past personal glories as various geriatric captains of industry;  still self-deluded they’ve actually made a difference in that organization’s recent milestone of a quarter-century.  By May ’47, it will be a half-century, if Tucson as a functioning municipal unit is even around (?).  I’m taking Missouri Citizenship.

The academic & bureaucratic monstrosity-that-ate-Tucson, a.k.a. the University of Arizona, still churns out graduates, most of whom LEAVE AS FAST AS THEY CAN GET-OUTTA-TOWN, depriving this 1.1 million Metro of an incredible bounty of human talent.  Go figure.

One can almost feel the utter lassitude of a pathetic, passive vibe that exists, like an urban version of the pitiful Blanche DuBois, “on the kindness of strangers”.  Because there damn sure isn’t any kind of active leadership, or visionary zeitgeist.  Other than ‘Woke’ and the Bozo belief, “our new downtown will save us.”

Even the personnel churn at the aforementioned RedStar has a sense of the looming decay & rot.  Timmie-B-Steller routinely drops hints he’s outtahere with his kid’s high school graduation. [Good riddance].

There’s simply no reflection, real or pumped-up, that Tucson is doing anything but going through the motions of being this decaying & lackluster city, awaiting some final disposition on America’s urban landfill of similar municipal has-beens.  Tragic.

The hard reality for SALC, Sun Corridor, and other (non-Woke) leadership groups is without some seminal changes, that require active (vs. passive) engagement, the rot & decay just picks up speed with the demographics.  Something I warned about last year in Woke Tucson’s Anti-Growth Ethos: Death by Demography.

One would think, especially given the drop-dead obvious metrics, that a handful of major policy strategies to reverse things could be ascertained by the Metro’s so-called, ‘movers & shakers’.  Those four urgent items include:

Those of us in the know are hearing lots of unofficial, insider talk from the few major employers still here.  Tucson’s municipal rot & decay has not gone unnoticed by competing cities in Texas, Alabama, Georgia, the Carolinas, Colorado, Washington, and yes, even California.

Maybe this is what it will take, like my southern grandfather used to say, “that boat paddle upside the head.”

Here’s how the Nord Stream gas pipelines could be fixed