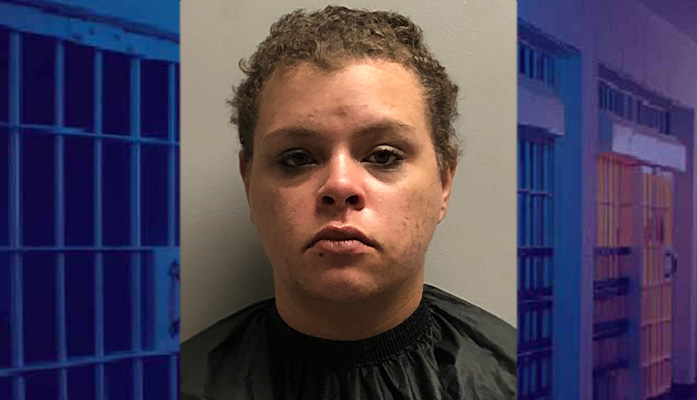 A Cochise County judge recently expressed concern with the appearance of impropriety after learning a woman was indicted in January by a county grand jury that included the woman’s former employer. In addition, Judge Jason Lindstrom noted similar concern with the fact a neighbor of the only testifying witness also served as a grand juror.

As a result, Lindstrom ordered a new grand jury presentation and determination of probable cause as to whether Jennifer R. Lusterino should be indicted on felony counts of burglary and trafficking in stolen property. But that April 18 ruling by the judge has been on hold after the Cochise County Attorney’s Office challenged the ruling as exceeding Lindstrom’s authority.

Court records show the Cochise County grand jury heard several cases on Jan. 6, including one in which it was announced that Deputy Wyatt Berry of the Cochise County Sheriff’s Office would present testimony about the burglary pointing to Lusterino and another woman as the suspects.

When Lusterino’s name was announced, her former employer immediately informed Deputy County Attorney Michael Powell of a personal familiarity with Lusterino. A neighbor of Berry made the same pronouncement when the deputy’s name was given.

Powell asked the two grand jurors if they could serve “fairly and impartially” in the case, to which both responded in the affirmative.

But that wasn’t good enough, Lindstrom wrote in his initial order. He added it  would have been better if the two grand jurors who had personal familiarity with the case had recused themselves.

“No actual bias has been shown by the Defendant and none can be found in the transcript,” Lindstrom wrote. “Both jurors said they could hear the facts and remain fair and impartial, and the Court is not doubting either juror’s honesty or integrity. However, the nature of both relationships imply bias or at least an appearance of impropriety.”

The judge’s decision may have been different if Powell had sought out more information at the time to clarity the nature of the relationship between the former boss and Lusterino, and the neighbor’s relationship with the deputy. Absent more details, the involvement of those two grand jurors does not instill confidence in the process, Lindstrom ruled.

“Merely stating they could be fair and impartial is not enough.to overcome the appearance of impropriety,” Lindstrom wrote in his order remanding the case for a new grand jury presentation and determination of probable cause.

Court rules require the grand jury presentation to be started within 15 days, although the county attorney’s office can bypass the grand jury by filing a direct criminal complaint with the court by the 15 day deadline.

But Lindstrom’s order was put on hold April 21 after Powell filed a motion for reconsideration. According to the motion, Lindstrom’s remand order exceeded the judge’s authority, as there are only four situations under court rules for when a grand juror can be disqualified from hearing a particular matter.

“Notably absent from this list is the reason advanced by the Defense and adopted by the Court – the appearance of impropriety even when the jurors profess to be able to render a decision in a fair and impartial manner,” Powell argued, adding that the judge’s reasoning “based on nothing more than the Court’s conjecture” is not a denial of Lusterino’s substantial procedural rights.

Cynthia Brubaker of the Cochise County Public Defender’s Office has been appointed to represent Lusterino. She argues that Lindstrom should deny the motion for reconsideration, as the judge was correct in his initial ruling.

Lindstrom is expected to rule later this month on the prosecutor’s challenge to the remand order. Meanwhile, Lusterino is scheduled to appear before the judge for a July 26 pretrial conference in a separate case involving allegations of child abuse.