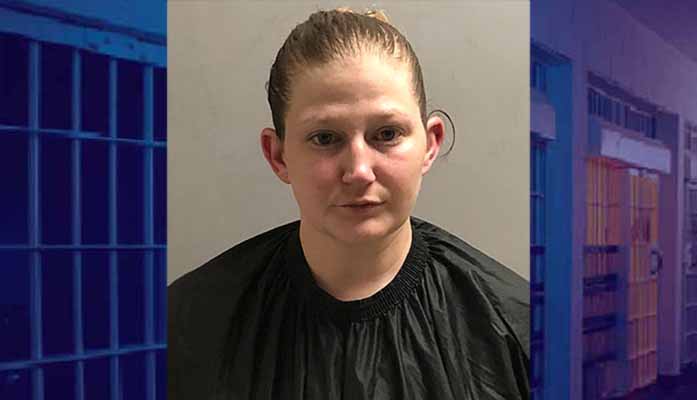 A woman who became the subject of a bench warrant last month after failing to appear for sentencing in a felony drug case finally turned herself in Friday, right as her father was pleading with a judge to not forfeit the $5,000 cash bond he posted for his daughter.

Kathryn Ann Clonch will sit in the Cochise County jail in Bisbee until June 3 while her attorney and the county prosecutor negotiate whether to ask Judge Jason Lindstrom to honor a plea deal which calls for a three-year prison sentence. Terms of the plea deal call for Clonch to spend 10 years in prison if she failed to show up for sentencing, which is exactly what she did on April 22.

Court records show Clonch was stopped by in November while driving a vehicle with four undocumented non-U.S. citizens in the back seat. A Cochise County sheriff’s deputy who arrived on scene found nearly 300 fentanyl pills and about 20 grams of methamphetamine located inside baggies in the vehicle where Clonch and a passenger, Jose Luis Rios, were sitting.

Clonch, who turned 33 on Friday, pleaded guilty in March to possession of a narcotic drug (fentanyl) for sale, a Class 2 felony, as well as conspiracy to possess a dangerous drug (meth) for sale, also a Class 2 felony. As part of a plea deal, she agreed to serve three years in prison followed by five years of supervised probation.

However, Clonch never showed up in Lindstrom’s courtroom for sentencing, and her attorney had no information as to her whereabouts, he told the judge. This led Lindstrom to order a warrant for Clonch’s arrest.

In addition, the judge set bond forfeiture hearing on why he should not order the  forfeiture of the $5,000 cash bond posted by Clonch’s father last year to secure her release from jail pending the outcome of the criminal case. The judge called two breaks during the May 13 hearing after being told Clonch claimed to be on her way.

Then, just as the judge was preparing to rule on the forfeiture, Clonch arrived in court. She was taken into custody on the warrant and transferred to the county jail to await sentencing.

Whether Clonch’s three-year prison sentence is still on the table for next month’s sentencing is not guaranteed. Kristina Guerrero of the Cochise County Attorney’s Office recently notified Lindstrom that she intends to invoke a provision of the plea deal which mandates two back-to-back prison terms of five years if Clonch missed the sentencing hearing.

Prison time is not all Clonch faces at sentencing. The plea agreement also calls for the imposition of a court fine of more than $5,300 on top of other various court fees.

Court records show Clonch was sentenced in 2015 to several short prison terms in connection with four convictions in Maricopa County for 2014 criminal activity. She was released by ADC in November 2017, then completed a three-year term of probation.

During a March 23 pre-sentence statement, Clonch confirmed she had pleaded guilty to the two high-level felonies, but stated, “I feel that I admitted to that even though that is not what happened.” In explaining her comment, Clonch said she did not come to Cochise County last fall to get fentanyl and meth to sell.

Instead, she said, the drugs in the vehicle were her “personal stuff.” As to the fact Clonch signed the plea agreement and told Lindstrom in March that she did so of her own volition, she told the pre-sentence interviewer that the plea agreement was not thoroughly explained to her. Clonch also claimed she was “stressed out” when she signed the plea deal and was “pushed” to sign it without fully understand the charges.

Rios, Clonch’s co-defendant in the case, was sentenced back in March to five years with the Arizona Department of Corrections (ADC).