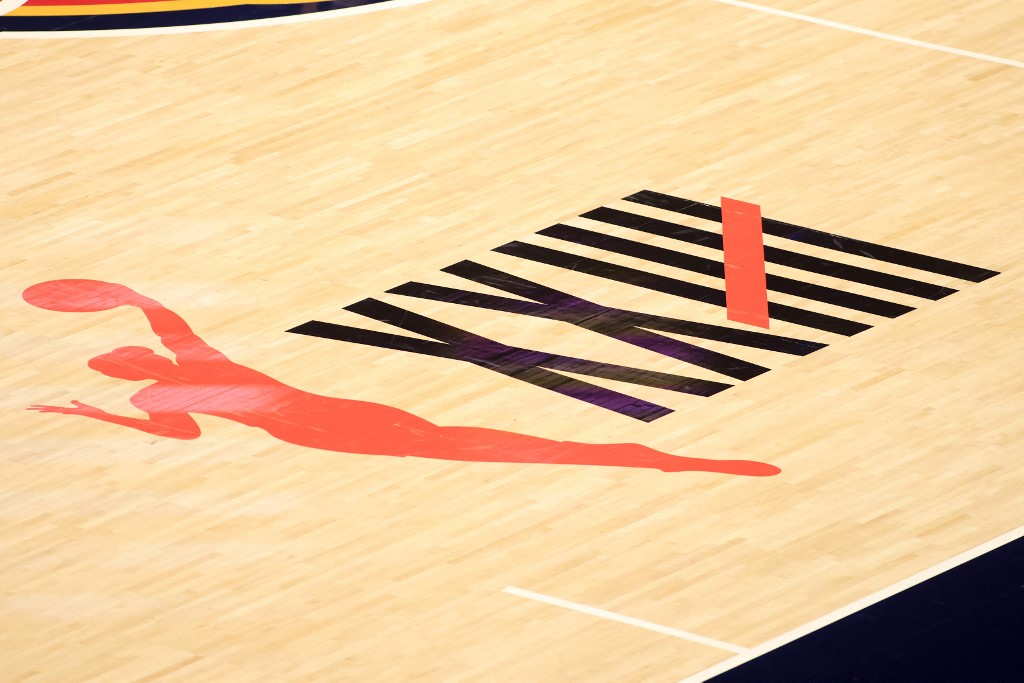 A logo of the 25th anniversary of the WNBA is displayed on the court between the Indiana Fever and the New York Liberty at Bankers Life Fieldhouse on May 16, 2021 in Indianapolis, Indiana. Justin Casterline/Getty Images/AFP

In a 5-3-1 decision, the court declared the 1972 Roe v. Wade decision that granted women the right to choose unconstitutional and put abortion laws in the hands of the states.

“This decision shows a branch of government that is so out of touch with the country and any sense of human dignity” the WNBA statement began. It went on to encourage Americans to vote.

“We must recognize that when we cast a ballot it is to elect officials and to connect the dots to policies and legislation that align with our values.”

The WNBA firmly believes people have the right to make their own personal decisions regarding their health. We stand in solidarity with those who fear for the repercussions of the Supreme Court decision today and remain committed to our 2022 WNBA season focus on civic engagement. pic.twitter.com/RtuBdjbozP

Reaction condemning the court’s decision was swift through the world of sports, with both female and male athletes taking to social media to voice their opinions.

“So what about the people who aren’t ready/qualified to be parents???…what kind of world is going to be waiting for some of these kids,” Denver Nuggets guard Austin Rivers posted to Twitter. “Smh sad day. Is America going backwards??”

“The Supreme Court has struck down Roe v. Wade, which for nearly 50 years has protected the right to abortion,” she tweeted. “This decision will not end abortion. What it will end is safe and legal access to this vital medical procedure. It is a sad day in the United States.”

About half the states are poised to implement laws banning abortions. While California is not one of them, the Los Angeles Sparks also issued a statement opposed to the move.

“This ruling strips women of their fundamental right to have autonomy over their own bodies,” the team tweeted. “As we have for over 25 years, the Los Angeles Sparks organization will continue to fight and advocate for women’s freedoms, health equity, and social justice.”