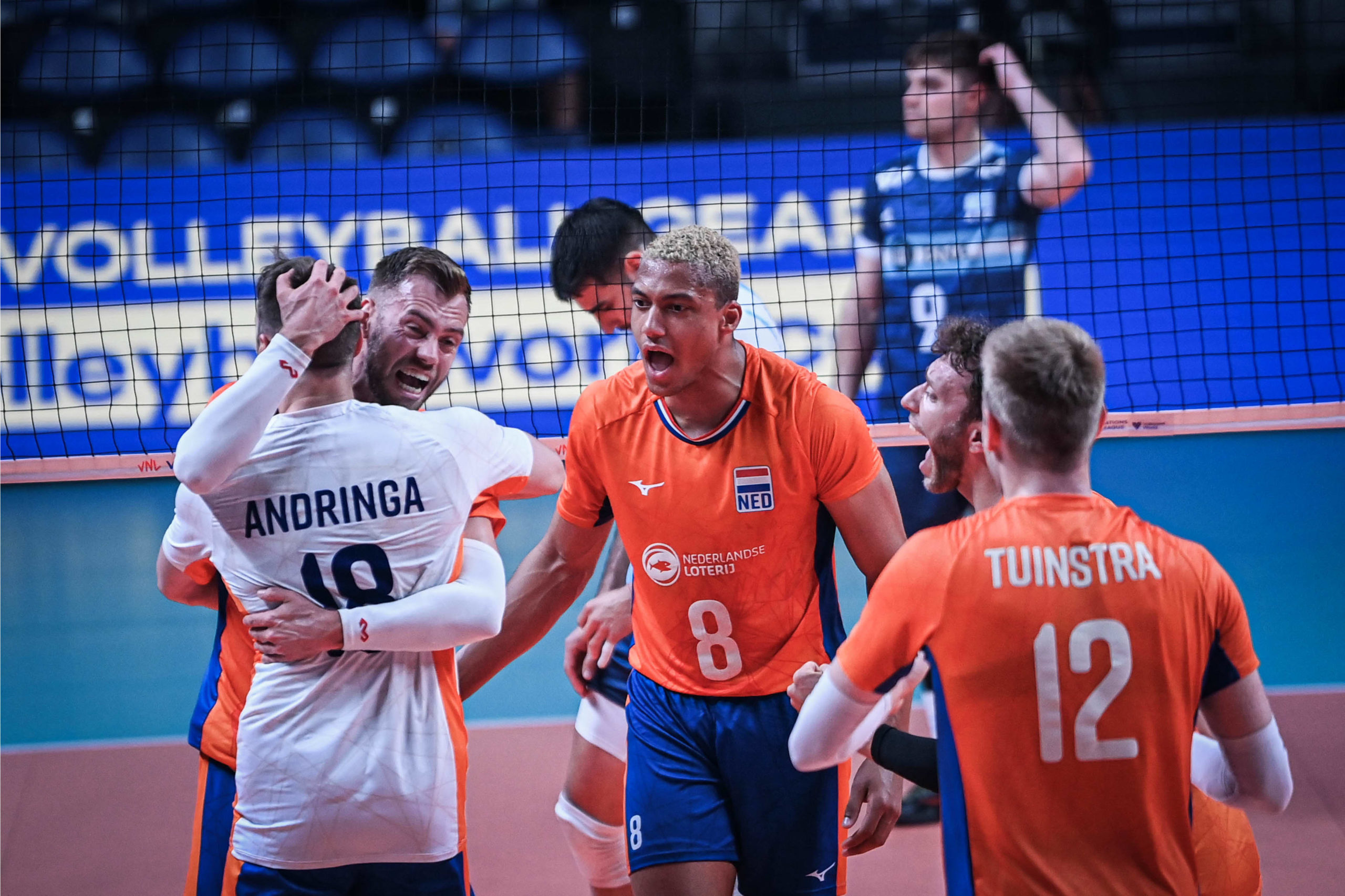 Nimir Abdel-Aziz lifted the Dutch from a 1-2 match deficit and a 4-8 disadvantage in the fifth set. Fabian Plak put the Netherlands at matchpoint for a 14-12 lead, before Argentinian Exequiel Palacios saved a point.

Netherlands skipper Nimir nailed a powerful attack to complete their come-from-behind victory and won three of their four games in the Philippines.

Gijs Jorna contributed 12 points as the Netherlands improved to a 5-3 record, only absorbing one loss in Week 2 at the helm of Tokyo Olympics gold medalist France.

“It was good. We had a good time here. It was fun. The fans are great. The gym is nice,” said Nimir.

Nimir and the Dutch Spikers brace for their crucial Week 3 in Gdansk, Poland as only the top seven teams along with host Italy will make it to the VNL Finals next month in Bologna.

“We will see week by week. This week is a hot week. We will recover a little bit and then we will see what we can do in Poland,” he added.

Argentina, the Tokyo Games bronze medalists, fell to a 2-6 record, winning only one of its four matches in Quezon City.

But Agustin Loser said his team had a great time playing in the Philippines.

“It was very amazing. The crowd is so incredible. I’m so happy to come and play here,” said Loser, who had six blocks for a 16-point outing.

Bruno Lima led the Argentinians with 21 points and six digs, while Palacios chipped in 19 points, including three service aces, and 11 receptions.