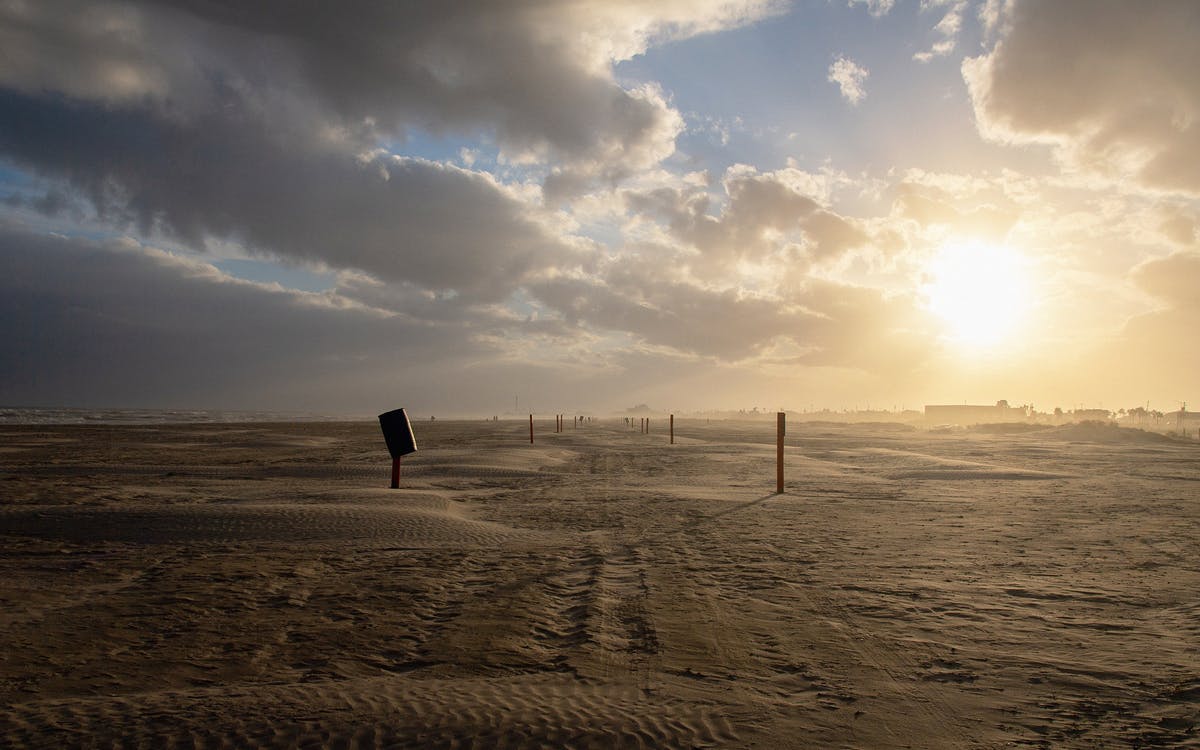 Stephen Harrigan was born in Oklahoma, but he spent the most formative part of his life, he said recently, in Corpus Christi, where he lived between the ages of ten and seventeen. “Those seven years were profound for me, not in terms of learning anything but in terms of absorbing sensations,” he told me. “The power and mystery of the Texas Gulf Coast just sort of leached into my personality and the way I responded to things.”

Some of his most potent childhood memories involve the “smell of salt water,” he said, and the natural landscapes of the Gulf of Mexico. “When I was about fourteen, I tried to catch a dolphin,” he said. “I went out into the Laguna Madre with the sense that I could somehow snare one and make it my pet.” It gave him the “imaginative base” he needed when he became a writer: he wrote his first book, Aransas, about the seaside town of Port Aransas, across Corpus Christi Bay. But the biggest influence the coast left on Harrigan was the “murkiness of the water,” he says, “because it was so unrevealing all the time. You never knew what was under there. . . . That sense of mystery, I think, translated from me into this piece about Galveston Bay.”

Harrigan’s recollection is that the idea to do a big story on the ways Galveston Bay was being harmed by industry and development came from Paul Burka, Texas Monthly’s longtime politics writer. “I was writing a lot about the natural environment in Texas and history and how those things connected with each other,” he said. Over a few months, Harrigan took reporting trips to explore different aspects of the bay, while absorbing as much detail about the life of the bay as he could.

Harrigan’s survey of Galveston Bay was published the year after the 1987 oil bust, which heralded profound changes for the magazine. In the early days, he said, Texas Monthly was so flush with advertising that there was an urgent need for copy simply to fill space. “I always felt if I turned in a piece at twenty-five pages, while other people were turning in one-hundred-page pieces, I felt inadequate, like there was something wrong with me,” he said, laughing. After the bust, the ads were fewer in number, and the magazine had to get thinner. “Now the challenge became to write in as succinct and artful a way as possible.”

The threats to Galveston Bay described in the piece remain today, 34 years later. “The overall trend is for the worse still,” says Harrigan. “There’s more development along the bay than there was when I wrote that. There’s climate change.” Some of the unspoiled places that remained in the bay when Harrigan wrote the piece have since been covered over with “luxury hotels and golf courses,” he says. “It’s hard not to be pessimistic about the state of the world, particularly the natural world right now. But it’s also hard not to be impressed by all the efforts that people are making.”

The strongest memory Harrigan has of the piece is of the day described at the end. While he was fishing in the bay, a moment came that seemed to show Galveston Bay’s remaining natural beauty—and its turbulent future. “It was so quiet. There’s a storm coming on and it’s getting a little dangerous because there’s electricity in the air. The electricity was making this fishing line kind of rise up. And I remember thinking, I got the ending now.”

A Decade Later, the Mars Volta Leaves the Drama Behind – Texas Monthly