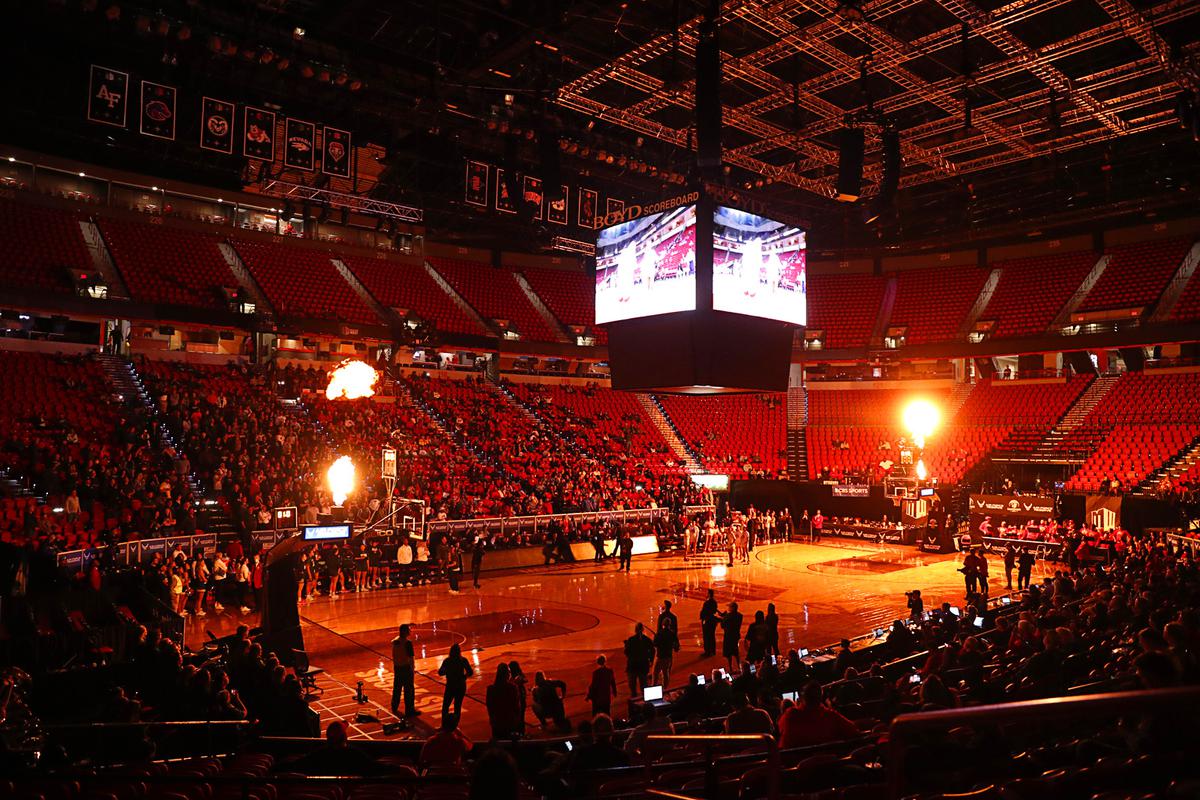 Flame shoots up at the start of the Mountain West womens championship game between the UNLV Lady Rebels and theColorado State Rams at the Thomas & Mack Center Wednesday, March 9, 2022.

After shopping exclusively in the transfer portal for the first three months of the offseason, UNLV coach Kevin Kruger dipped into the high school ranks to land a commitment from Class of 2022 prospect Keyshawn Hall on Saturday.

Hall, a 6-foot-7 forward, chose the Scarlet and Gray over offers from Arizona State, Missouri and St. Mary’s.

UNLV now has two scholarships remaining for the 2022-23 season.

Hall is unranked by most recruiting sites but had picked up momentum since the end of the season as something of a late bloomer. He visited the UNLV campus on May 17.

Hall is the just the second high-school recruit to join the program since Kruger was named head coach last offseason; Keshon Gilbert was the lone prep commit in the 10-player 2021 incoming class.

As a 250-pound post player, Hall has flashed the ability to back down opponents and the skill to score in face-up situations. In a statement announcing Hall’s signing, Kruger extolled the newcomer’s all-around game.

“He is extremely versatile as he can play multiple positions,” Kruger said. “He is a creator and can score inside and outside, taking advantage of mismatches, and has the ability to see the floor at a high level.”