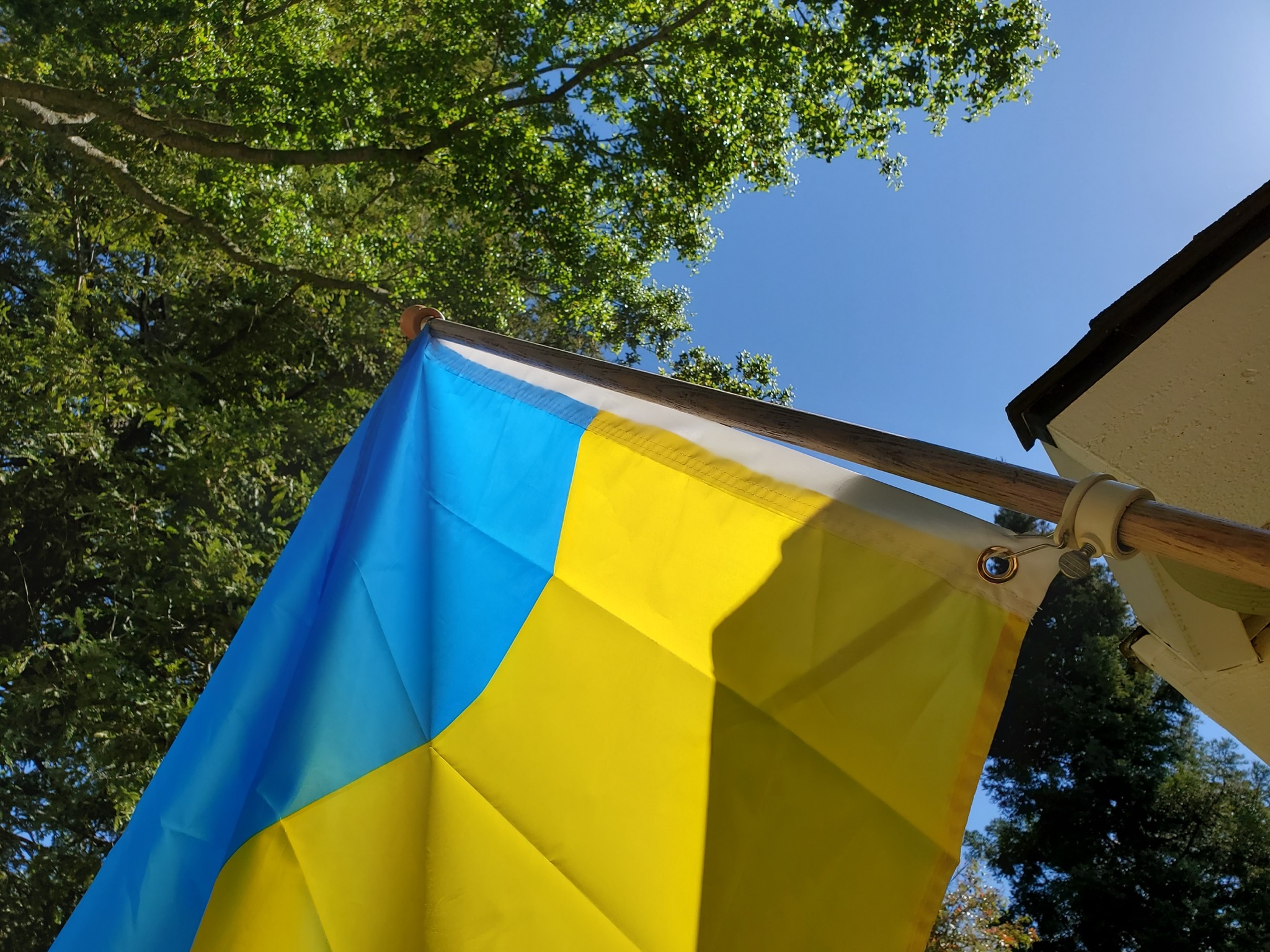 A Bay Area homeowner’s Ukrainian flag was vandalized and defecated on, Palo Alto police said, an incident that police are now investigating as a hate crime.

The incident took place last Thursday, April 6, when an unidentified homeowner in Palo Alto contacted police that the flag hung in their front yard was damaged, police said in a press release issued Sunday. The owner said that the flag was torn down from the home’s hedge and rolled up on the yard. The resident then realized it was covered in feces when it was unfurled.

Police believe the incident took place sometime between the evening of April 6 or the morning of April 7. This is the first suspected hate incident involving Ukraine or the Ukrainian flag in Palo Alto, police said, and one of the first prominent anti-Ukraine incidents in the Bay Area.

Similar incidents have popped up elsewhere in the country, however. Tombstones in a Ukrainian cemetery near Baltimore were desecrated in late February, and a Ukrainian church in Chicago was broken into a few weeks later.

Anyone with information connected to this incident is encouraged to contact Palo Alto police at (650) 329-2413 or send an anonymous email to paloalto@tipnow.org.