Westfield may sell off its San Francisco mall by 2024 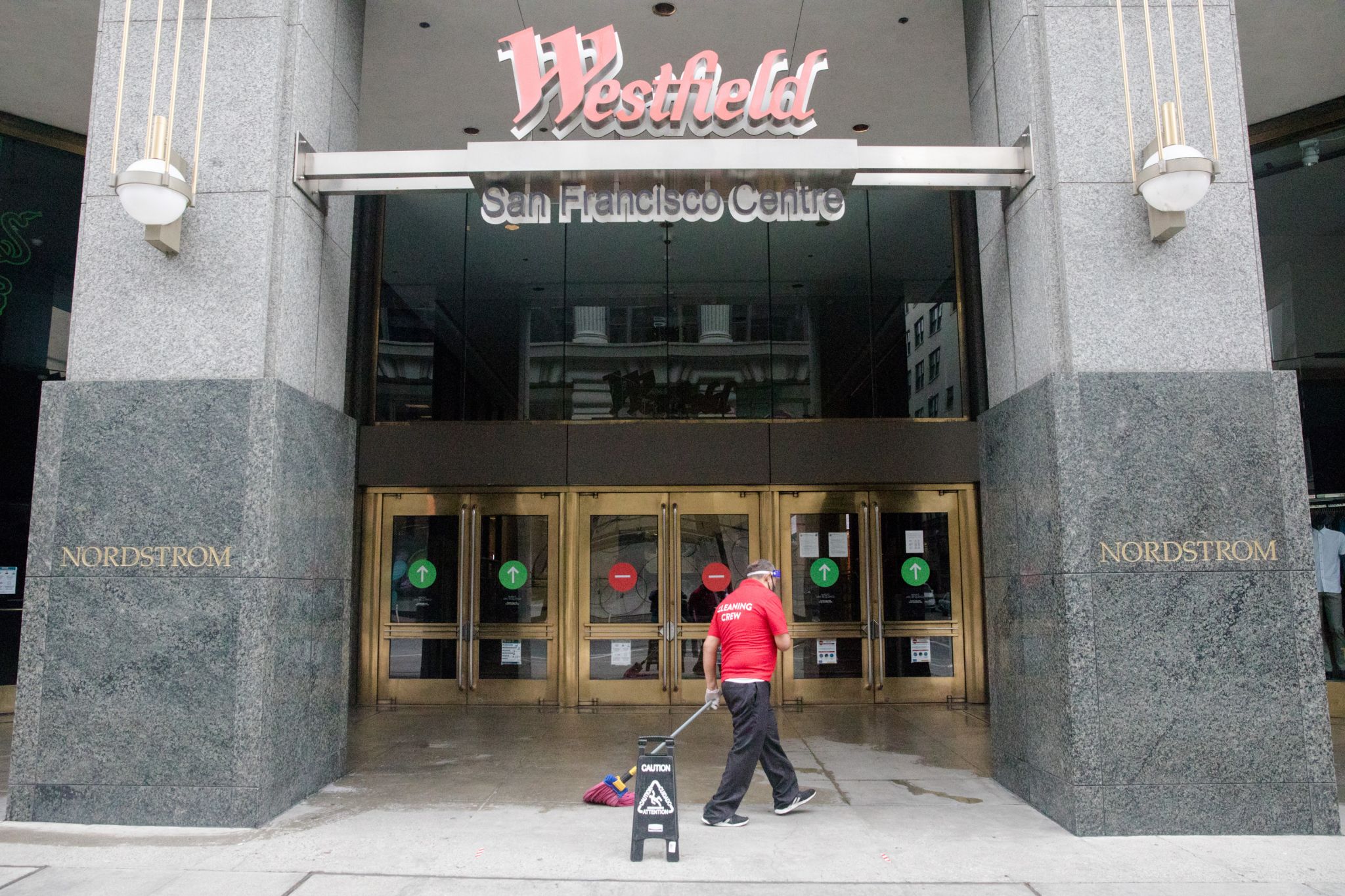 Its owners, the Paris-based Unibail-Rodamco-Westfield, announced in an investor meeting late March that it will seek the “radical reduction of financial exposure” in the United States. In doing so, it will sell off most of its American malls to reorient the company toward a “European pure play … in the continent’s wealthiest cities and catchment areas.”

While most of its property holdings in California are located in the Los Angeles and San Diego areas, as the Real Deal reported, the planned sell-off may also affect its malls in the Bay Area — most notably the Westfield San Francisco Centre in downtown San Francisco. The proposal to reduce Westfield’s U.S. footprint has been in the works since 2021, but is set to be “executed” in 2022 and 2023, a company press release said. It’s a rapid reversal from just five years ago, when the French real estate firm bought the entire chain of Westfield malls for nearly $16 billion.

But unlike many other Westfield properties in Unibail’s portfolio, the high-end San Francisco mall — which houses key department stores like Nordstrom and Bloomingdale’s as well as the offices for anime streaming service Crunchyroll — is co-owned by the New York-based retail estate firm Brookfield Properties. (A spokesperson for Brookfield did not respond to multiple requests for comment from SFGATE.)

David Greensfelder, a San Francisco-based retail real estate planner and consultant, told SFGATE that the mall will not suffer the fate of many other malls in the country, though changes to the mall will likely be inevitable.

“San Francisco Centre is this incredibly unique piece of property that anchors the other end of Powell Street,” he said. “It is extremely high-profile. It’s got excellent tenants in it. It’s in the path of travel, which I think is very important. And so, I don’t see San Francisco Centre being at risk, but I do think that whoever buys it is going to have probably a greater opportunity to be able to put their fingerprints on the property more quickly.”

With the pandemic hitting San Francisco’s retail industry harder than in most places due to the pandemic and its effects on tourism and commerce, he said, it could be a while before Westfield San Francisco Centre — and Union Square at large — recovers back to its former glory. New mall ownership, he added, could result in a different slate of retail tenants, or even an expansion of its hospitality or residential components.

Another Westfield property, the Westfield Valley Fair in Santa Clara is solely owned by Unibail-Rodamco-Westfield, and will likely be affected by this proposal. But Greensfelder says that the mall, which is the highest-grossing mall in Northern California, is arguably an easy sell for a prospective “blue-chip mall owner.”

With its recent $1 billion expansion and slew of tenants moving in during the pandemic, the mall is a hot commodity.

“The pandemic has had a much greater impact on the retail ecosystem in San Francisco than it has, for example, on Valley Fair, which, while it hasn’t been business as usual, has not seen its customer base really undermined in the same way,” Greensfelder said.

(The Metreon, also in downtown San Francisco, is managed but not owned by Unibail-Rodamco-Westfield.)

Already, Unibail-Rodamco-Westfield has sold off a Woodland Hills mall for $150 million to Los Angeles Rams owner Stan Kroenke. That mall, the Promenade, could be turned into a practice facility, the Los Angeles Times reported.

But San Francisco Centre or Valley Fair, which are both malls sitting on “absolutely irreplaceable” real estate, will survive — even if the retail industry continues to shrink, Greensfelder says, due to the pandemic and the growth of online and subscription sales.

A spokesperson for Unibail-Rodamco-Westfield, Westfield’s parent company, declined to comment to SFGATE.