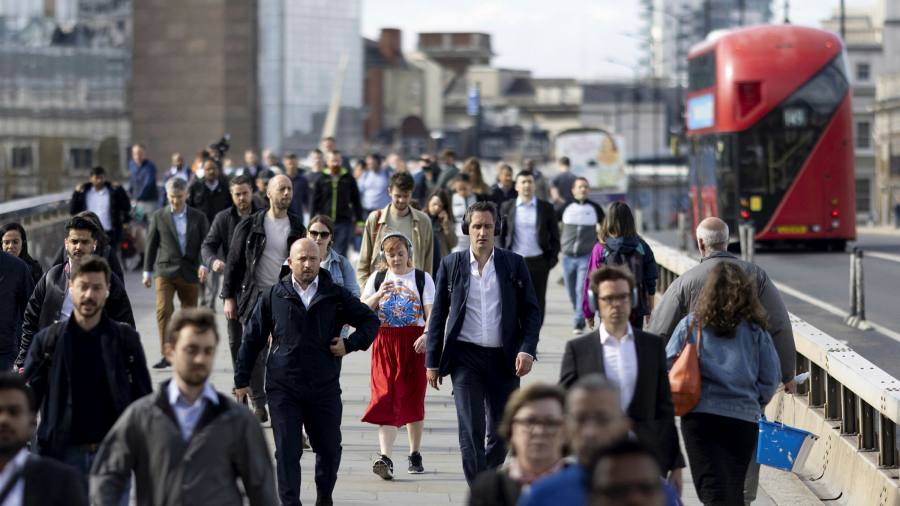 UK unemployment fell to its lowest level in almost half a century in the first quarter of 2022, with almost a million people switching jobs as the number of vacancies rose to a new high of 1.3mn.

The Office for National Statistics said the jobless rate stood at 3.7 per cent in the three months to March, the lowest level since 1974, with fewer people out of work than there were job openings for the first time on record. The number of people unemployed for between six and 12 months also fell, to its lowest level on record, the ONS said.

However, the UK’s workforce remains smaller than it was before the pandemic, because of the large numbers who say they are neither working nor job-seeking. The employment rate rose to 75.7 per cent, 0.1 percentage points up on the quarter but still 0.9 percentage points lower than in early 2020, with a further rise in the rate of economic inactivity adding to the strains on a tight labour market.

The figures underscore the scale of the challenge facing the Bank of England as it tries to rein in soaring inflation, while workers seek wage rises to ease the squeeze on the value of their earnings. Andrew Bailey, the central bank governor, said on Monday that people on high earnings should “think and reflect” before asking for big pay rises this year, because of the risk that rapid wage growth would feed further increases in consumer prices, keeping inflation high for longer.

The ONS said annual growth in regular weekly earnings rose to 4.2 per cent in the three months to March, equivalent to a real terms fall of 1.2 per cent. However, total pay including bonuses was still outpacing inflation, with annual growth of 7 per cent — or 1.4 per cent in real terms. These figures were slightly affected by comparison with a period in which the winter lockdown of 2020-21 had placed large numbers of employees on furlough, the ONS added.

Rishi Sunak, chancellor, said it was “reassuring that fewer people are out of work than was previously feared”, adding that tax cuts and other government support were “helping them keep more of their hard-earned money”.

Wood Street Galleries is One of Downtown’s Premier Galleries