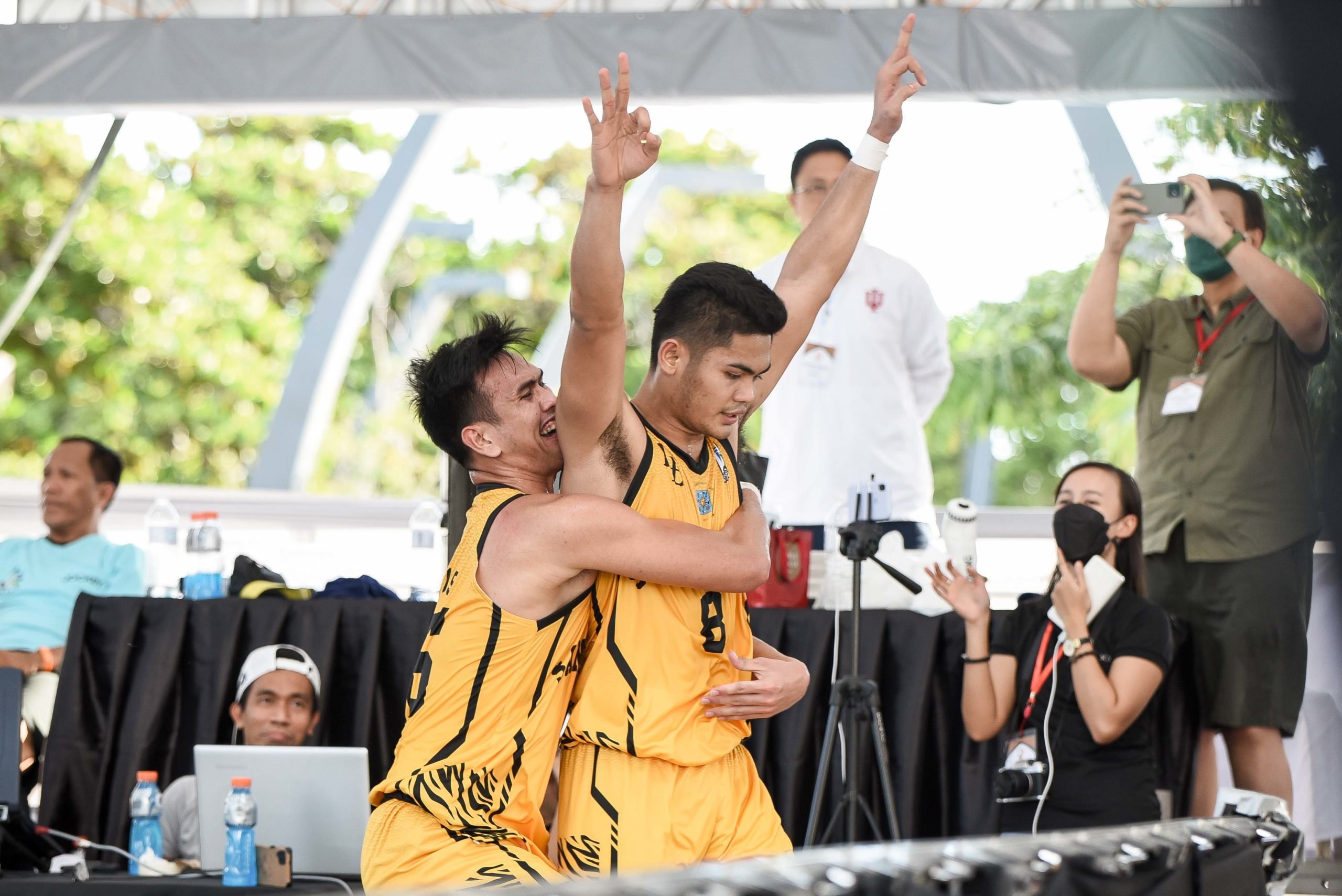 MANILA, Philippines — University of Santo Tomas crawled its way back from nine points down to get the best of La Salle, 21-20, and rule the UAAP Season 84 3×3 men’s basketball tournament on Friday at CaSoBe resort in Calatagan Batangas.

When Ben Phillips built La Salle’s nine point lead, 14-5, the Growling Tigers leaned on the hot hands of Sherwin Concepcion and Nic Cabañero to cut down the deficit within one, 17-18.

Phillips stopped the bleeding with a two-pointer to put the Green Archers a point away from the championship, 20-17.

But Cabañero nailed a clutch shot from deep before Concepcion drilled the game-winning two-pointer with 2:15 left to steal the championship.

Concepcion was named as tournament and Finals MVP, finishing 12 points, all from deep, in the final. Cabañero added four points.

“We relaxed in the first three to four minutes. I told my teammates to fight for the UST community,” said Concepcion, who was also called up for the Gilas Pilipinas pool.

“I’m so happy that my shot went in. I always pray for it and I gave my all for UST,” he added.

Royce Mantua and Bryan Santos were also part of UST’s title run, bouncing back from a runner-up finish in 2019.

UST finished second in the eliminations with a 4-2 record then dominated third seed University of the Philippines, 21-12, in the semifinal.

Cabañero unleashed 11 points on 7-of-12 shooting from the field in the semis, while Concepcion had seven points, including the game-winning two-pointer, with eight rebounds.

La Salle, which emerged as elimination round leader, survived National University, 19-17, in the semis.

Donn Lim and Phillips had seven points apiece for the Green Archers, while combining for five deuces.