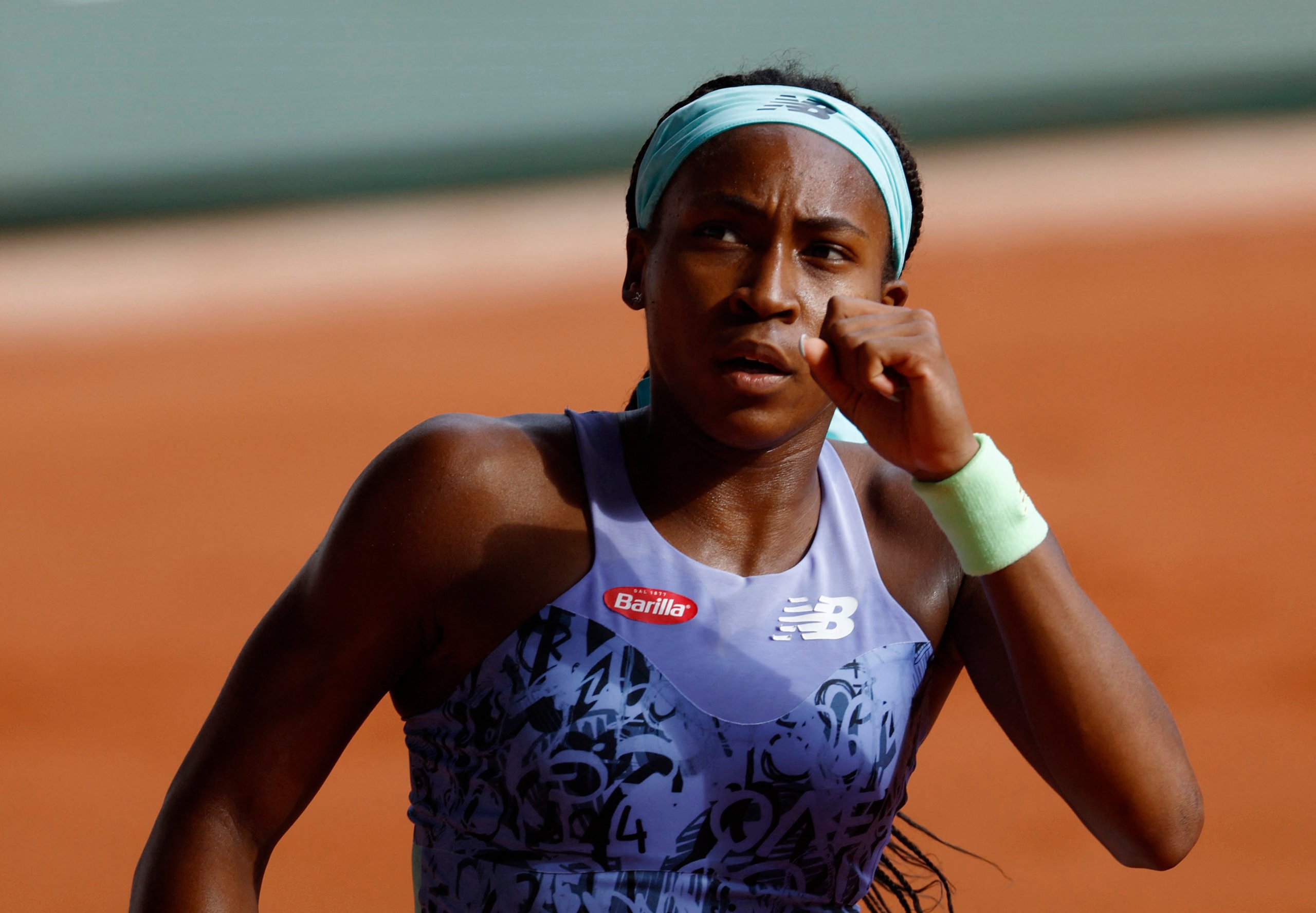 PARIS–Coco Gauff will face world number one Iga Swiatek for the French Open title after the teenager eased into her maiden Grand Slam final with a straight-sets victory over Martina Trevisan on Thursday.

The 18-year-old American claimed a 6-3, 6-1 win in a nervous match which saw both players featuring in a major semi-final for the first time.

Gauff is the youngest Grand Slam finalist since Maria Sharapova won Wimbledon in 2004.

“I think I’m a little bit in shock right now,” said Gauff. I didn’t know how to react after the match. I’m lost for words.”

The players made 37 unforced errors between them in a poor first set before Gauff upped her game in the second.

The 18th seed will be a heavy underdog against Swiatek, who is on a 34-match winning streak, in Saturday’s showpiece match.

Wise beyond her 18 years.

But she will have nothing to lose as she bids to become the youngest Slam winner since Sharapova stunned Serena Williams in London 18 years ago.

“I’m just going to go into it like another match,” Gauff added.

“Yeah, it’s a Grand Slam final but there are so many things going on in the world right now, especially in the US, so I don’t think it’s worth stressing about it.”

Unseeded Italian Trevisan saw her fine tournament and 10-match unbeaten run end with a whimper, as she served four double faults and made 36 unforced errors.

Gauff made a fast start and broke in the third game for an early advantage.

She became rattled though after failing to persuade the umpire to overturn a controversial line call as errors flew off both players’ racquets.

But Gauff composed herself to take the set with a run of three straight games.

Trevisan was broken four times in a row, winning just three points in those games as her serve was taken apart.

The world number 59 took a medical timeout before the second set to have her thigh strapped, but Gauff took total control of the match when she won a 14-minute game with a backhand winner for a 3-1 lead.

She went on to secure a final berth in style, breaking yet again before a hold to love.