Jenelyn Olsim beats Julie Mezabarba by split decision in ONE 158 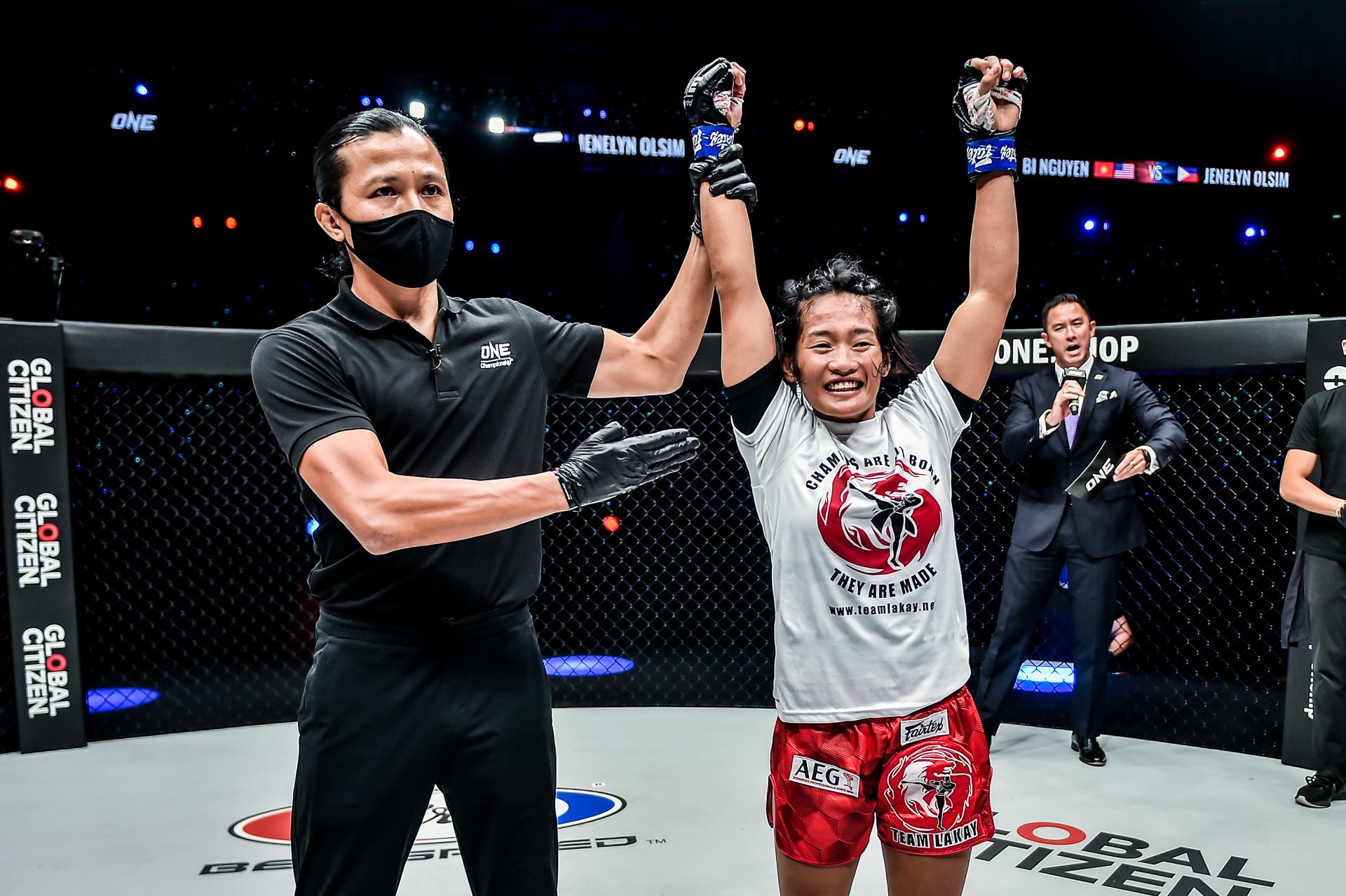 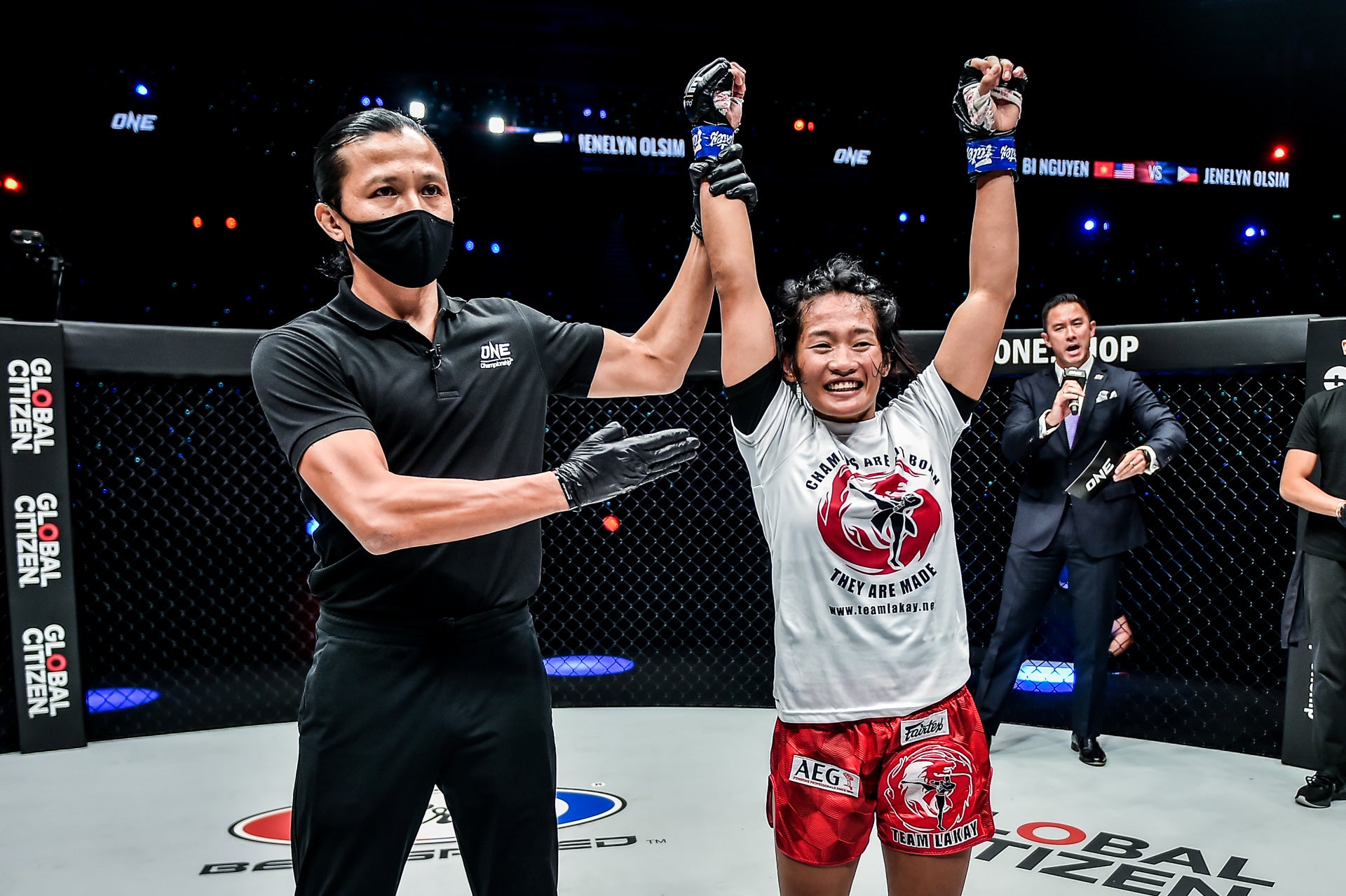 Jenelyn Olsim. Photo from ONE Championship

The 25-year-old Filipino fighter broke free from the Brazilian kickboxer’s grappling techniques and hit the timely strikes to complete her triumphant return in the ONE Championship stage.

Mezabarba, 23, took down Olsim each round with her guillotine choke. She grounded Olsim twice in the first round.

But the Muay Thai specialist was able to recover and stay in the three-round match.

Olsim capped her busy stretch with a victory over Mezabarba, following her bronze medal finish in vovinam in the 31st Southeast Asian Games in Hanoi, Vietnam.

She was supposed to take on Malaysian star Jihin Radzuan at ONE: Bad Blood in February 2022 but had to pull out due to injury.

Olsim improved to a 6-3 record in handing Mezabarba’s fourth defeat.

The Brazilian dropped to 9-4-1 (win-loss-draw) card and absorbed her second straight loss, including a defeat to Nong Stamp via unanimous decision last October.