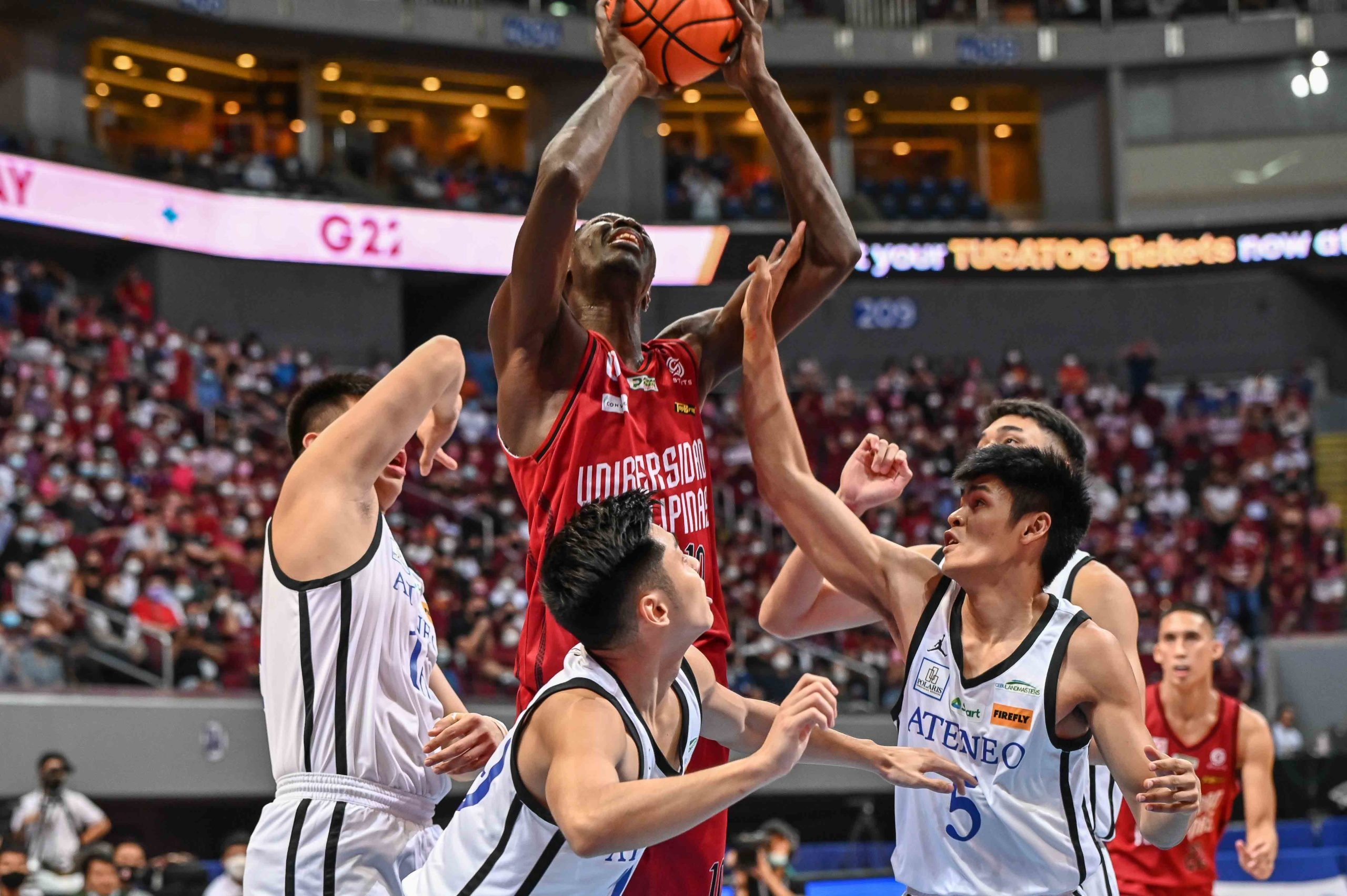 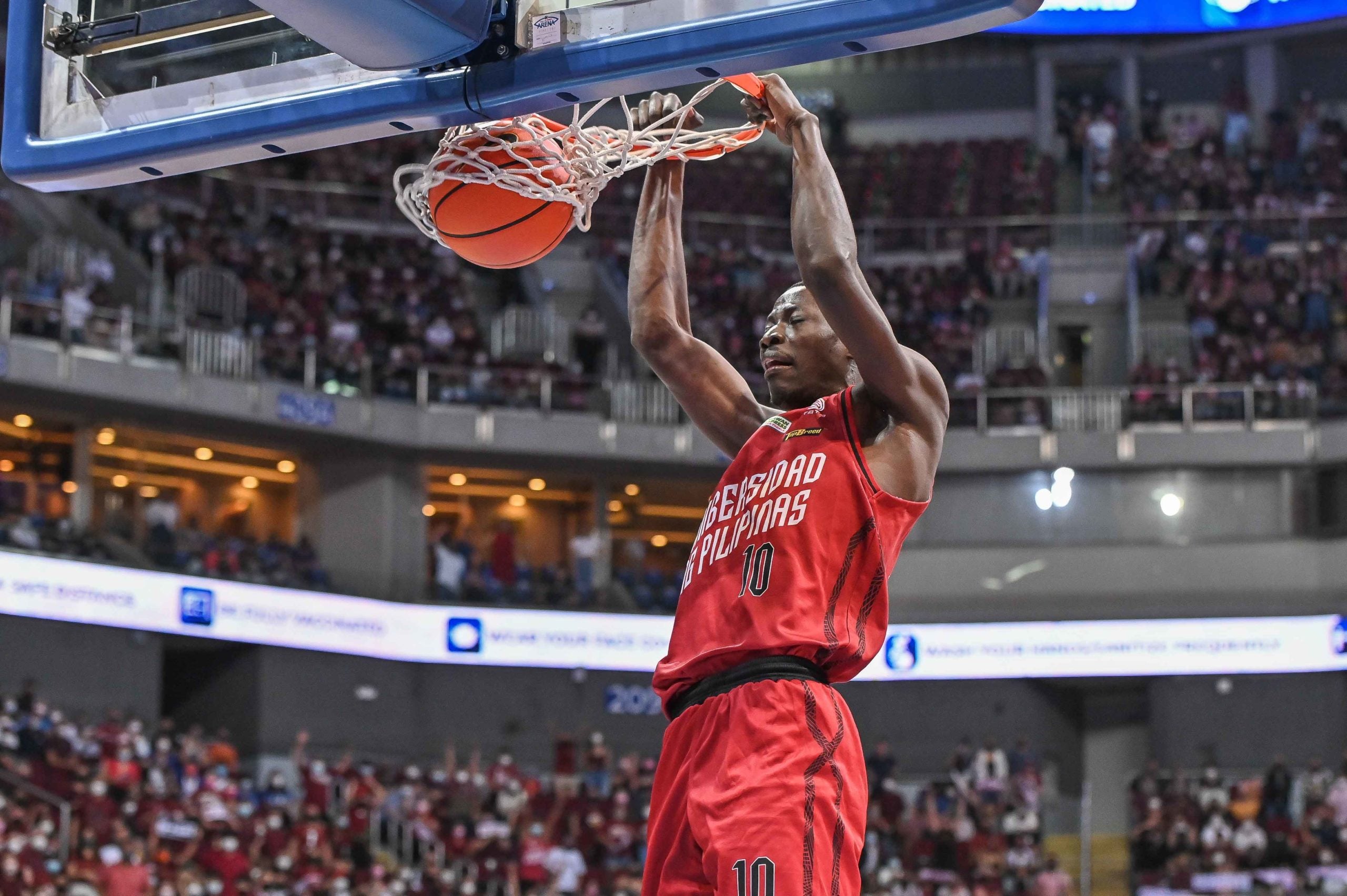 JD Cagulangan may have delivered the championship-winning triple that delivered UP’s first crown since 1986, but it was Diouf who consistently carried the cudgels of his team in the series as the Fighting Maroons dethroned Ateneo with a 72-69 overtime win in Game 3 of the UAAP Season 84 men’s basketball Finals.

The Senegalese center put up 17 points, nine rebounds, three steals, one block and an assist in the do-or-die game on Friday at Mall of Asia Arena.

Diouf is UP’s first Finals MVP since Eric Altamirano in 1986.

The 6-foot-11 big man was also the league’s first foreign Finals MVP since Alfred Aroga of National University in 2014.

The transferee from Centro Escolar University remained to be a thorn in the side of Ateneo as he averaged 11.7 points, 12.3 rebounds, 2.7 steals, 2.0 assists, and 1.0 blocks in three Finals games.

“I just wanna say thank you to my coaches, thank you for the UP community. Right now I don’t have any words, thank you, thank you.”