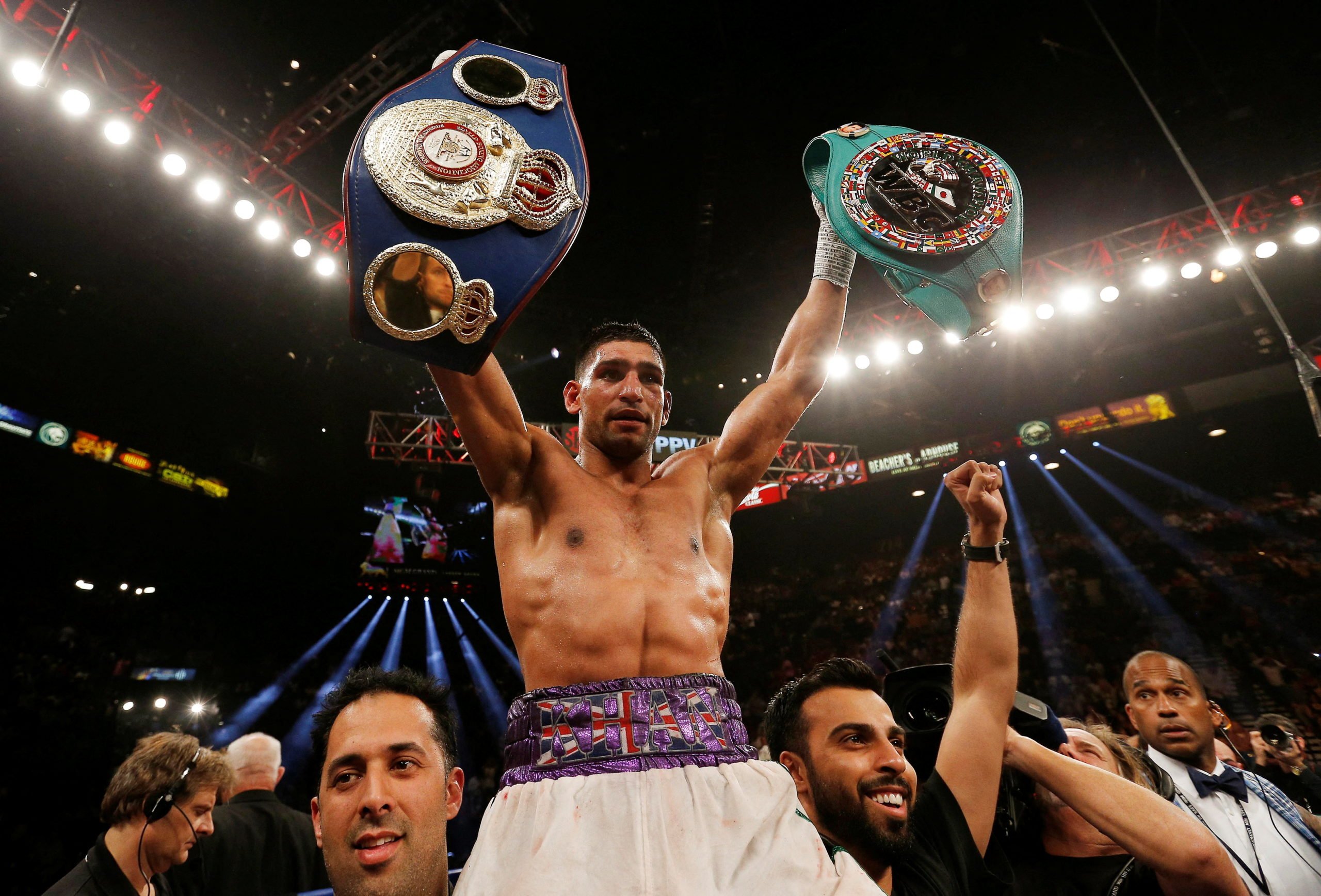 Khan, Olympic lightweight silver medallist at the 2004 Athens Games when he was 17 years old, won the WBA light-welter belt from Ukrainian Andriy Kotelnyk in 2009 and added the IBF title in 2011 when he beat American Zab Judah.

He bows out with a record of 34 wins from 40 fights, with six defeats.

It’s time to hang up my gloves.
I feel blessed to have had such an amazing career that has spanned over 27 years.
I want to say a heartfelt thanks and to the incredible teams I have worked with and to my family, friends and fans for the love and support they have shown me. pic.twitter.com/VTk0oxVjp2

His latest was a sixth round stoppage against long-term rival Brook, who retired last week, in Manchester.

“I feel blessed to have had such an amazing career that has spanned over 27 years.”