Tsitsipas seeks to mix things up on different surfaces 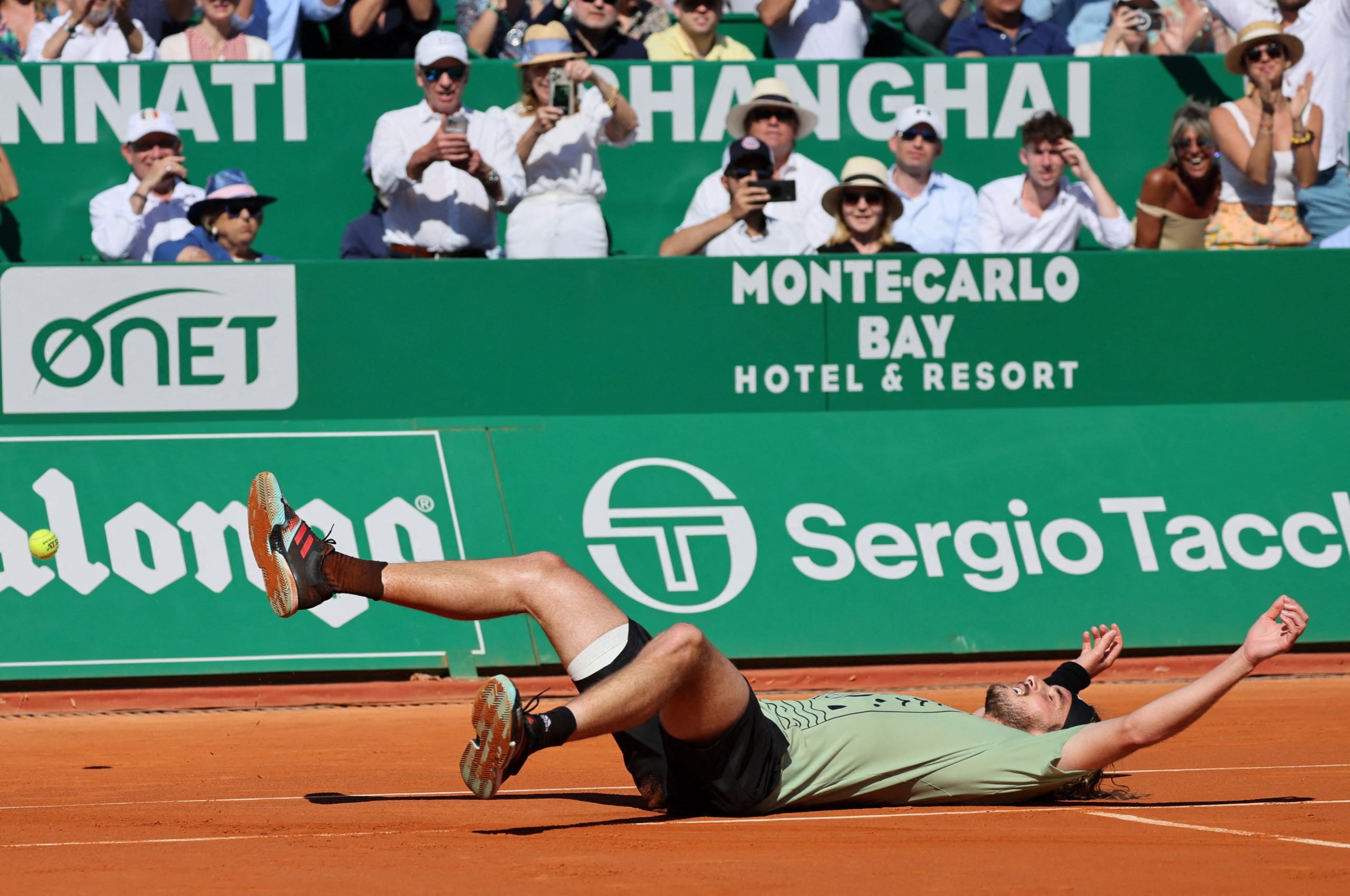 MONTE CARLO – Stefanos Tsitsipas knows his claycourt game is in good shape after he successfully defended his title at Monte Carlo on Sunday but he recognizes that he needs to vary his approach to improve on other surfaces.

Tsitsipas won his second straight crown in Monaco with a 6-3 7-6(3) victory over Spaniard Alejandro Davidovich Fokina for his first title of the 2022 season.

Asked by reporters if he thought his claycourt displays were better, 2021 French Open runner-up Tsitsipas said: “My tennis is great… everywhere, with clay maybe being the surface that I can adjust the best.

“I’ve had moments where I was trying to apply what I apply on clay on hardcourts. It doesn’t really seem to be working much. Sometimes it’s not really the way to go.

“But this has also taught me a lot that I should adjust and I should never really become obsessive that… whatever works on clay should work on faster surfaces.”

Tsitsipas said his approach had left him facing difficulties on grass, another of his preferred surfaces.

“I was trying in my head to maybe stick to that… ‘okay, this is the way I should be also playing on other surfaces’,” Tsitsipas said.

“I think sometimes it just needs a bit more time for me to really get into it with a lot of practice sessions, with a lot of friendly matches on court.

“I strongly believe I’m able to not just win tournaments on clay but on hardcourts and grasscourts… which in recent years I haven’t been doing as well as I would have wanted, but it’s a goal to change the style when I have to play on these courts.”

Tsitsipas said he was delighted to do well in front of big crowds at the Masters 1000 event.

“It was a bit more lively than last year,” Tsitsipas said. “I think it’s doubly special in a lot of ways… to have people involved, you have the fans yelling and chanting, but it was a great way to top it off.”