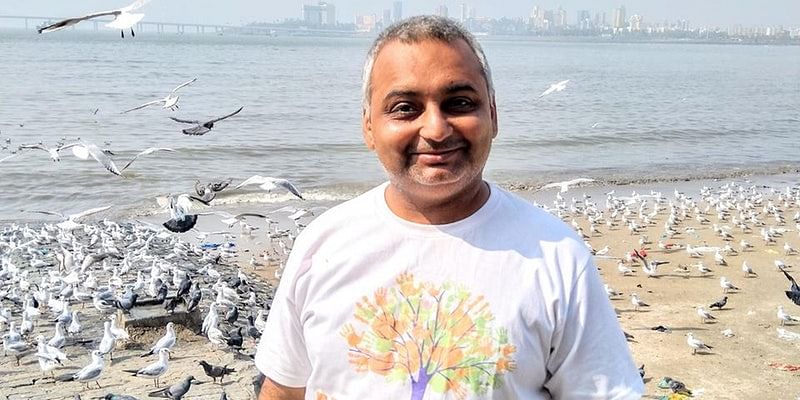 While the southern city of Chennai is still under the grip of intense water shortage, Mumbai is battling heavy rains that is affecting its daily life.

The reason for such extreme weather conditions can mostly be attributed to global warming, as well as to the negligence of people.

However, the need of the hour for both these cities is the availability of clean drinking water. Cities like Mumbai, which receive rainfall during the monsoon season, could also save a lot, but due to the lack of facilities and proper resources, the city loses a great amount of water.

While many residents and government agencies are now in search of a viable solution to solve this problem, Subhajit Mukherjee, Founder of Mission Green in Mumbai, has come up with a cost-effective solution.

Subhajit has invented a simple rainwater harvesting system, and is also helping with groundwater recharging in schools and private societies to save more water.

“You take a drum, make some holes around it, dig a 3ft by a 3ft pit, install it in the ground and connect the terrace water to the drum. The area around the pit can be filled with pebbles, which also works as a filter, preventing mud from entering the drum,” reports Asian Age.

As per Subhajit, this process can help recharge groundwater. Later, the water can be accessed through tube wells, borewells, and this will also help the nearby ponds to fill up.

To spread his initiative across the city of Mumbai, Subhajit took the help of social media to spread the word saying he will be offering his free service to install the facility. To his surprise, he received a lot of requests, and so he decided to share a video on how the system can be installed, reports Storypick.

Besides, those who don’t want to use a plastic drum can fill the pit with bricks and pebbles. The water can pass through the space between the pebbles and reach the ground. Even though the amount of water will be less, it can save up to 50 percent of water.

Do you have an interesting story to share? Please write to us at tci@yourstory.com.To stay updated with more positive news, please connect with us on Facebook and Twitter.