Drought is a real problem, use water efficiently to save land from degradation, says Javadekar 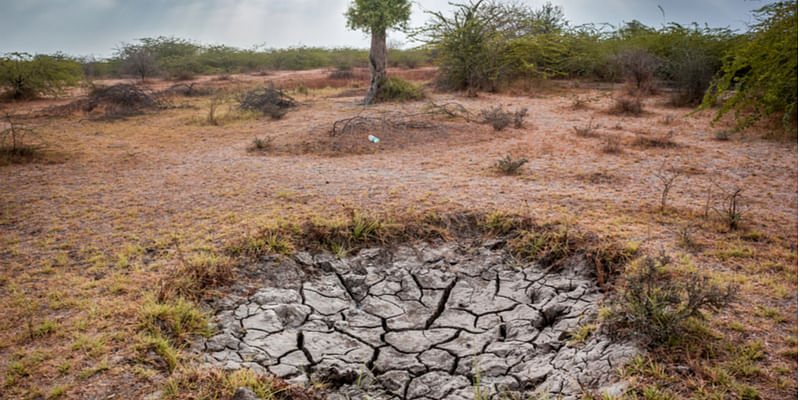 Drought is a real problem in India as 60 percent of its agriculture is entirely dependent on monsoon because of no irrigation facilities, Environment Minister Prakash Javadekar said on Tuesday, urging people to make efficient use of water to save land from degradation.

He made the statement at a press conference here with United Nations Convention to Combat Desertification Executive Secretary Ibrahim Thiaw, where he said India will host the COP-14 of UNCCD from September 2-13 in Noida.

Javadekar said he was “very happy” that India will host COP-14 from September 2-13. “Hundreds of countries will be participating,” he said.

More than 190 countries are likely to participate in the conference and discuss issues related to the environment and development of sustainable land management.

Throwing light on the issue of desertification, Javadekar said it was linked to the global issue of climate change because of which extreme weather conditions are on the rise.

“Drought is a real problem. Sixty percent of our agriculture in India has no irrigation and therefore it is totally monsoon dependent, which is why we have to use every drop of water,” he said.

“Efficient use of water is essential. The COP-14 here will be good. We will have regular dialogue, various types of meetings with world leaders,” the minister said.

To address land degradation, he said the government has distributed soil health cards to farmers and Rs 6,000 is also being given to them to treat their land and make it more productive.

Climate change is affecting day-to-day life with increased frequency in erratic events and also simultaneously extreme weather events are on the rise. As India has launched soil health cards, more than 14 crore farmers are taking care of their own agricultural fields.

“It is a massive effort in the right direction… We will save the land from degradation.”

Thiaw said the situation “is difficult” as 23 percent of the land in the world has already become unusable.

“It’s like every minute we lose up to 23 hectares of land globally. Every day, land degradation is costing humanity up to $1.3 billion,” he said.

The UNCCD executive secretary said if land is not healthy, people will not be healthy.

“We need to protect the Earth from land degradation,” he said.

“We will celebrate 25 years of UNCCD, of science and legislation and action on the ground by many countries including India. It is extremely important that in the next 25-30 years we align ourselves to achieve the global climate goals,” Thiaw said.

The UN’s climate science body, the Intergovernmental Panel on Climate Change, will release a scientific report next month on these issues, he concluded.