From the government to individuals, these five stories reveal how India is battling the water crisis 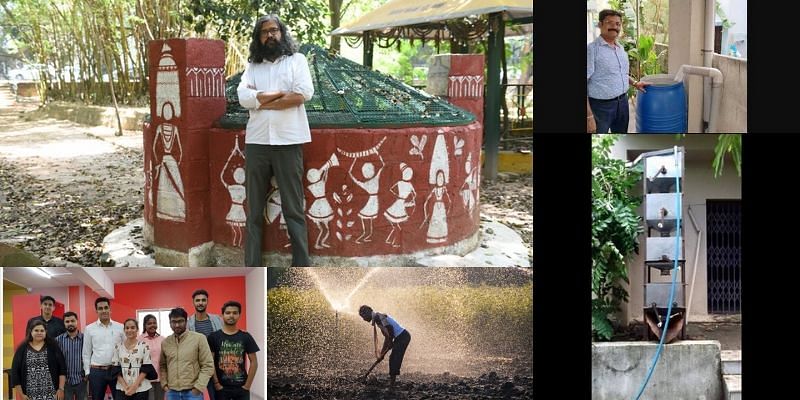 Niti Aayog’s recent report had suggested that 21 cities in India will run out of water by the end of 2020. Chennai is already in the throes of a crippling water crisis, with citizens grappling with the consequences of climate change and poor management of resources.

But from times of adversity emerges hope in the form of human ingenuity, inventiveness, and a whole lot of jugaad. There have been quite a lot of measures taken on an individual as well as at government level, including rainwater harvesting, water management, and recharging of groundwater.

SocialStory brings you some stories that show that all hope is not lost in India’s battle against water crisis.

Chennai is in the middle of a grave water crisis. The city has run out of the water, and offices and schools have been shut down as a result. But not all is lost. Individuals and communities alike have started taking small measures to tackle this crisis. For instance, meet 45-year-old Dayanand Krishnan from Chitlapakkam, Chennai, who has created a simple rainwater harvesting apparatus for Rs 250.

Twenty-five-year-old Jitendra Choudhary, a native of Rajasthan, has invented a water filter that can repurpose used water without the aid of electricity. Called Shuddham, it can filter up to 500 litres of water every day.

The filter, priced at Rs. 7,000, works on the principle of gravity, and repurposes water used in washrooms through a series of filtration procedures. Recycled water is released through its lowermost segment.

The Kaleshwaram Project in the State of Telangana is the world’s largest lift irrigation project. The project is expected to feed the thirst of Hyderabad, with 30 tmc ft of the 200 tmc ft water of the project allocated to it.

What can the rest of India learn from this project? Three lessons. That the thirst of cities can be quenched, the source of funding decides the ease of problem-solving, and politicians need to imbibe and promote project management expertise.

Water is becoming the new gold. The basic need is increasingly becoming scarce across many regions in India and the world. While the water scarcity in India can be attributed to both natural and man-made reasons, it is mainly due to poor management of resources.

The team along with co-founders of Agua

According to the report by Niti Aayog cited earlier, Bengaluru will be one of the metro cities that will run out of water by 2020. In this hour of crisis, Vishwanath Srikantaiah, a water activist and urban planner from Bengaluru, has come up with a plan to save the city from the impending water crisis.

Working in collaboration with local communities, 55-year-old Vishwanath has successfully made 10,000 wells functional with the help of well-diggers in the city. Further, around 100,000 recharge wells have also been developed at the city level; they have set a target to reach a million very soon.