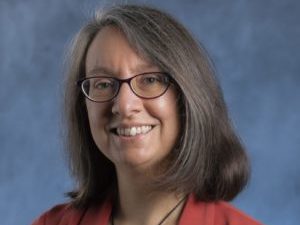 The American Philosophical Society, the oldest learned society in the United States, founded in 1743 by Benjamin Franklin to “promote useful knowledge,” has named Associate Professor Marie Sumner Lott recipient of the Franklin Research Grant. This grant will support Dr. Sumner Lott’s travel to Vienna this summer for archival research at the Gesellschaft der Musikfreunde (Society for Friends of Music). She will be in Vienna for two weeks in May to examine books formerly owned by nineteenth-century composer Johannes Brahms, which will allow her to connect his music to innovative literary and artistic trends in the later nineteenth century. In Dr. Summner Lott’s research, she will also examine Brahms’s copies of novels, plays, poetry collections, and literary criticism by Gustav Freytag, Gottfried Keller, Theodor Fontane, and Victor von Scheffel. In the late nineteenth century, these writers were all popular writers, but modern scholarship hasn’t connected their works to musical practice until now. In her research, she hopes to show that Brahms incorporated ideas and philosophies from these authors into his vocal and instrumental compositions in the 1860s-90s.

Musicologist Marie Sumner Lott joined the faculty of Georgia State University in 2012; she teaches graduate and undergraduate music history classes in the School of Music. In addition to several essays in book-length collections, she has published articles and reviews in peer-reviewed journals such as Ad Parnassum, the Journal of Musicological Research, and MLA Notes. Her 2012 article on Brahms’s Op. 51 string quartets, published in the Journal of the Royal Musical Association (U.K.), won the Deems Taylor Award for outstanding writing about concert music given annually by the American Society of Composers, Artists, and Publishers. She has received several grants and fellowships, including most recently the 2016-17 Provost’s Faculty Fellowship to support work on her second book, Imagining the Middle Ages in Nineteenth-Century Music: Romantic Medievalism Beyond Wagner.

Since 1933, the American Philosophical Society has awarded research grants to more than 15,000 scholars and encourages all eligible candidates to apply for their grants and fellowships.