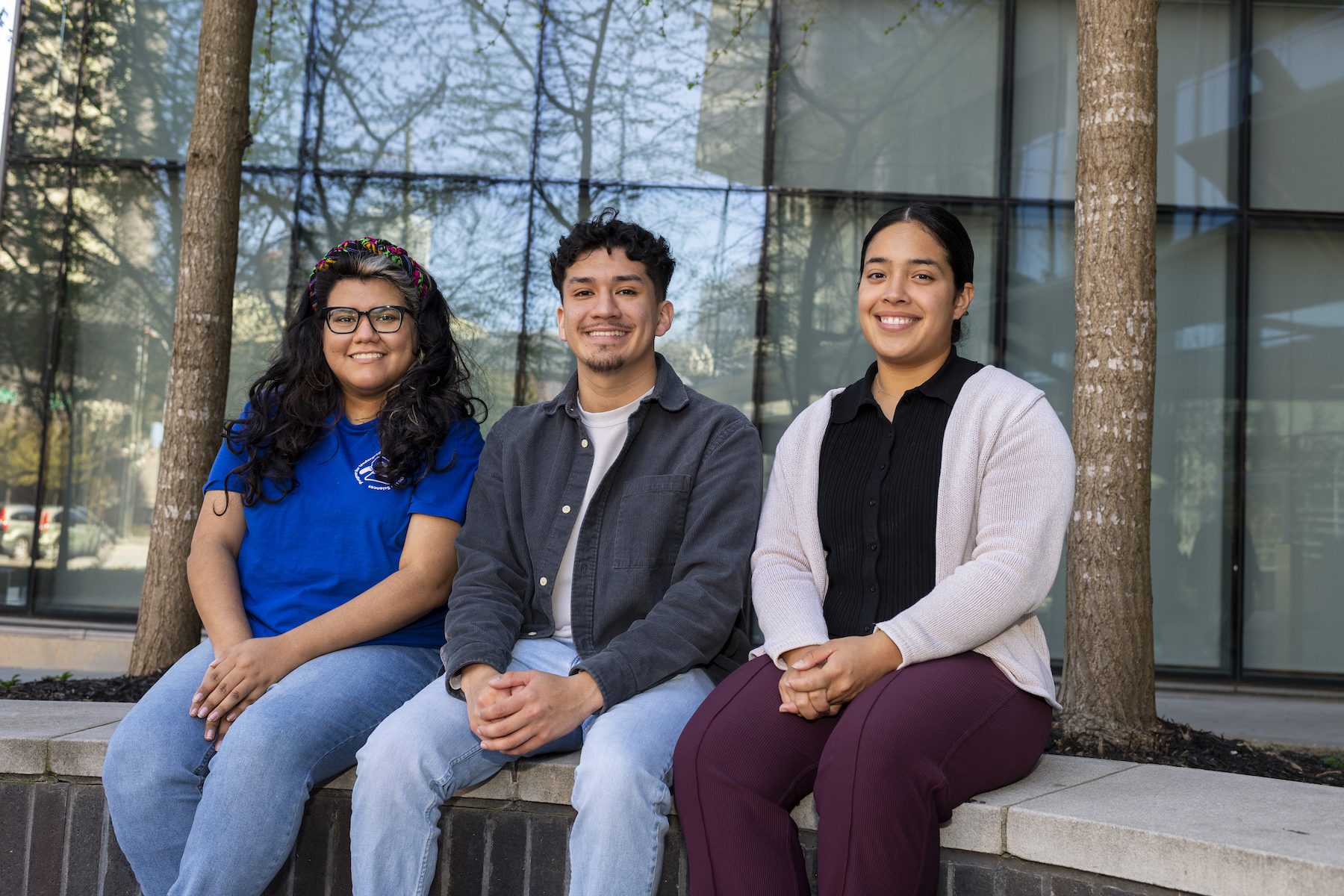 ATLANTA — Most mornings at 6 a.m., a team of students walks around Georgia State’s Atlanta Campus looking for birds.

Part of a research internship with a Georgia Audubon program called Project Safe Flight, their findings of dead or injured birds will help identify the buildings that are most hazardous.

According to a 2019 study by the Cornell Lab of Ornithology, Atlanta was the ninth most dangerous city in the U.S. for birds during spring migration and ranked fourth in the fall.

Alejandra Tapia-Batres, Ricardo Hernandez and Raquel Gonzalez have worked on the project for two semesters and are presenting their findings at the Georgia State Undergraduate Research Conference (GSURC) this week.

Their data show that buildings with large windows are particularly dangerous, especially if they are near greenspaces, which can cause birds to mistake the reflection of a tree for the real thing. The trio is hoping to raise awareness of the problem and outline some simple, cost-effective ways buildings can be made safer for migratory birds.

“It’s an important issue on campus,” Gonzalez said. “Birds are important to the ecosystem.”

Their morning walks cover about 1.5 miles around campus from the Petit Science Center, around the Student Center, through the greenway and up to the College of Law building. From there they go by the residence halls, Centennial Hall and to the Student Recreation Center. When they find injured birds, the send them to a licensed wildlife rehabilitation facility to be treated.

The students have found the project meaningful in different ways.

Tapia-Batres said she plans to study bioinformatics in graduate school, but she joined the project to be involved in something she cares about.

While she hadn’t considered studying birds before, Gonzalez said she’s now considering doing a thesis on her work with Project Safe Flight.

Hernandez said he found the ability to network with other students rewarding.

“I didn’t really know much about birds in the beginning, but we all shared a similar interest in the environment in some aspect,” he said. “Just gaining confidence and feeding off of each other was very inspiring.”

Learn more about their work at this year’s live, virtual GSURC April 13-14.

How To Conduct A TNA For A Realistic eLearning Budget