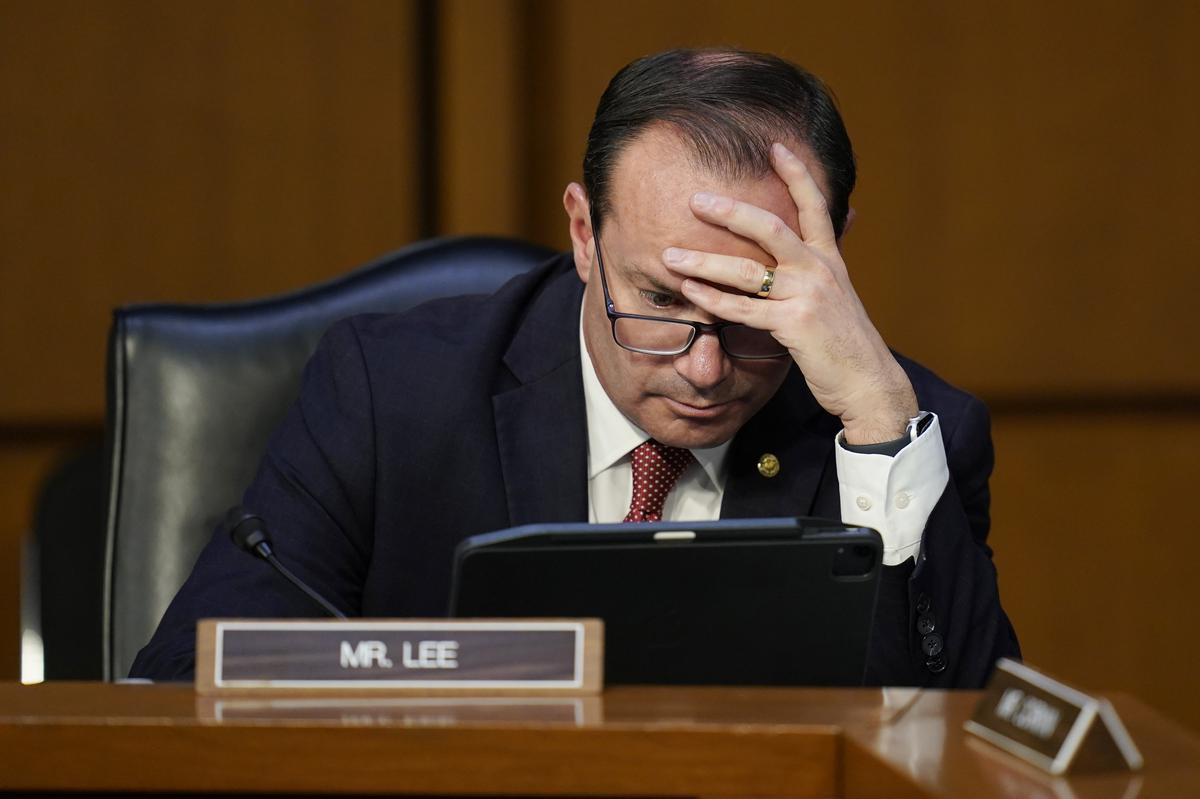 His efforts, revealed in text messages obtained by the House panel investigating the deadly insurrection at the U.S. Capitol on Jan. 6, 2021, drew quick condemnation Friday from his reelection challengers.

They show Lee’s efforts to assist Trump began Nov. 7 and included early support for Powell. Later, Lee explored a plan to encourage state legislatures to alter the outcome of the 2020 election by appointing alternate electors.

At one point, Lee said he was working “14 hour days” assisting Trump. At another he asked Meadows, “Please tell me what I should be saying.”

By mid-November, however, the messages show Lee beginning to lose confidence in Powell and, eventually, the alternate electors plan. He also questioned efforts to object to the vote certification after no evidence of widespread fraud emerged.

“I only know that this will end badly for the President unless we have the Constitution on our side,” Lee wrote to Meadows.

He and Roy did not join congressional Republicans who objected to the results when they were certified in January.

Still, Lee’s Republican primary opponent Becky Edwards, a former state lawmaker, said the messages show Lee “researched overturning a lawful, democratic election for partisan and political gain … he allowed the situation to continue and enabled those seeking to keep themselves in power, no matter the consequences.”

Ally Isom, a former gubernatorial deputy chief of staff who is also challenging Lee, said the messages show he is “more concerned with playing DC games” than with representing people in Utah. “I am a classic conservative,” she said in a statement.

Lee’s spokesman, for his part, said the senator did follow the Constitution and the messages “tell the same story Sen. Lee told from the floor of the Senate the day he voted to certify the election results.”

Lee’s messages are the latest example of high-profile Republicans pushing Meadows to challenge the election results.

Last month, The Washington Post and CBS reported that Ginni Thomas, wife of Supreme Court Justice Clarence Thomas, also texted Meadows repeatedly imploring him to act to overturn the 2020 election. Her involvement in the efforts have raised concerns about her husband’s potential involvement in any cases involving the election or the Jan. 6 insurrection.