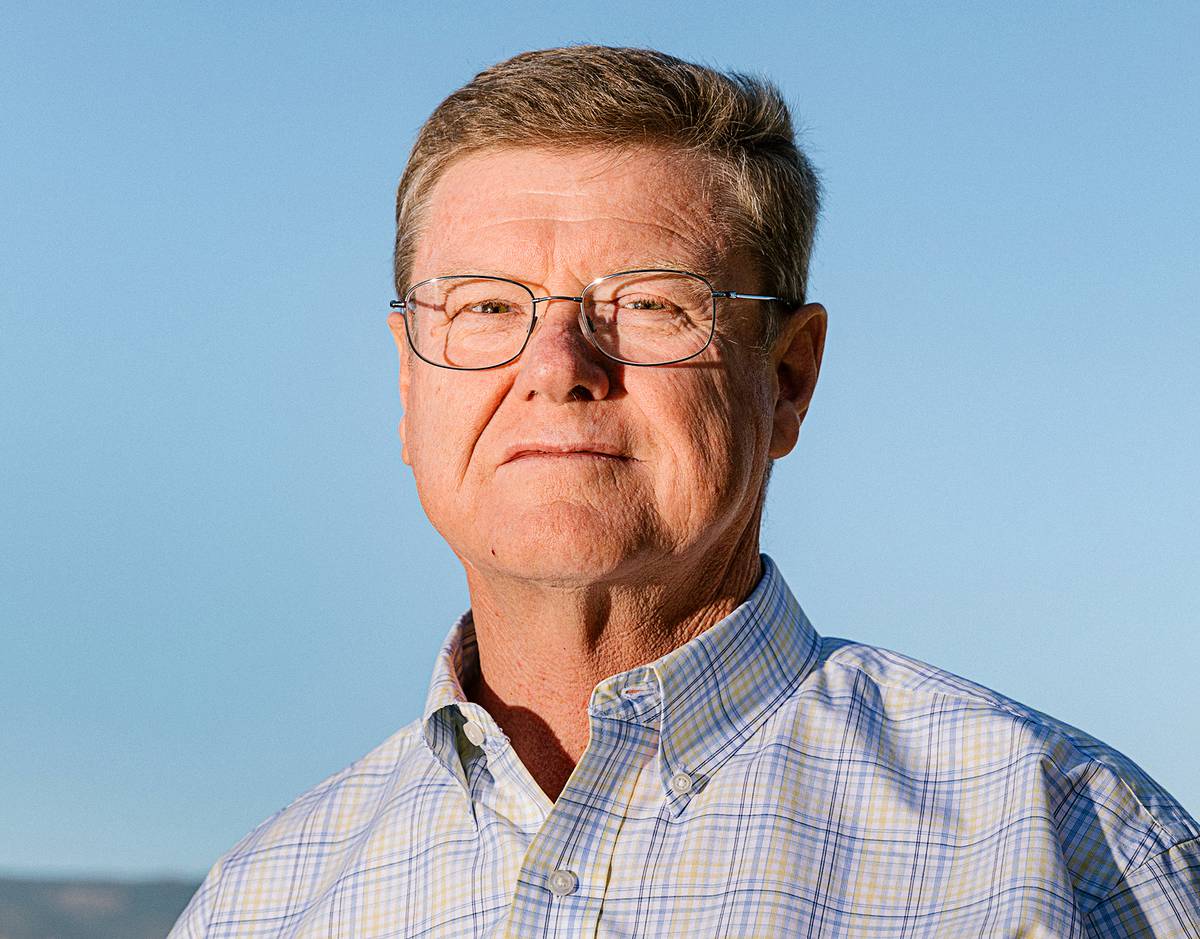 Editor’s note: This story contains language that may be offensive to some readers.

Tarkanian, after unsuccessfully running three times for the House of Representatives and twice for U.S. Senate while living in Southern Nevada, moved about two years ago to Northern Nevada, saying it was a better life for his family. However, many assumed it was to challenge Amodei, who has held the 2nd Congressional seat since 2011 and is the only Republican in Nevada’s federal delegation.

“You know the definition of insanity is doing the same thing over and over again and expecting a different result,” Tarkanian said in a debate hosted by Nevada Newsmakers. “Mark’s been in office for 11 years. If you’re not happy with what’s happened over these past 11 years in Washington, D.C. … then you have to be insane to vote for Mark again.”

Tarkanian, a member of the Douglas County Commission, took jabs at Amodei’s voting records, including his having advocated for “providing citizenship to illegal immigrants.”

“When you encourage people to come across the border and give them the greatest gift you can, which is citizenship, that encourages more people to come to the country, and that’s the last thing we need,” Tarkanian said.

Amodei doubled down on his record.

Amodei said he voted in favor of the Farm Labor Workforce Modernization Act, a merit-based law for farm labor folks. With the law, immigrants have to work nine to 14 years, complete background checks and pay a fine in order to become a citizen. Agricultural associations, cattlemen and U.S. Chamber of Commerce supported the law, he said.

“Quite frankly, if I had to do it all over again, I’ll do it the same way,” Amodei said.

Tarkanian also criticized Amodei for voting in favor of federal omnibus bills that he said “caused a skyrocket in inflation.” Amodei retorted by saying that then-President Donald Trump signed off on those bills.

Tarkanian further criticized Amodei for voting to support Planned Parenthood, “giving money to the organization that commits the most abortions and harvests body parts. Anybody that I talk to who is pro-life thinks that’s horrendous that would happen.”

Amodei said the Planned Parenthood support was included in the Violence Against Women Act, which had “much more good in that.” He also said voters are in favor of women’s right to choose abortion up to six months of pregnancy, and a lot of women go to Planned Parenthood for other health care services. “Quite frankly, nobody in the right-to-life sentence got dinged for voting to reauthorize the Violence Against Women Act,” Amodei said.

Tarkanian also took the time to read emails from two of his supporters who criticized Amodei and talked up Tarkanian. There was playful banter in which Amodei said, “I’m glad you have two folks that support you,” and Tarkanian said, “we’ll see at the ballot box if it’s two or how many.”

Two takeaways: Amodei says “quite frankly” too much, but also, it seems like he knows what he’s doing.

Mayor vs. sheriff vs. governor vs. incumbent

In a poll conducted early this month with 500 likely midterm voters, when pitted against Sisolak, Lee received 40% of the votes and Sisolak received 37%. Sisolak and former U.S. Sen. Dean Heller were tied, and in a race between Lombardo and Sisolak, 39% of respondents chose Lombardo, and 37% picked Sisolak.

One could argue that Lombardo is worried about his longstanding claim of being the front-runner in the Republican primary of more than a dozen candidates, especially when considering a pro-Lombardo political action committee recently published ads criticizing Lee, calling him a “liberal Democrat” and a “fraud.” Lee last year left the Democratic Party to become a Republican.

And in the race for Senate, Democratic incumbent Catherine Cortez Masto lost when going head-to-head with the two Republican front-runners, former Nevada Attorney General Adam Laxalt and U.S. Army veteran Sam Brown. When head to head with Brown, Cortez Masto lost by less than 1%, and when facing Laxalt, she lost by about 3%.

While Brown is behind Laxalt in polling, he’s doing pretty well considering he doesn’t have the endorsements and backers that Laxalt has, such as former President Donald Trump.

The bottom line: The numbers aren’t a good indicator for the Democratic incumbents.

The slide said, “ALWAYS lick the chicken grease off your fingers before shooting” and “ALWAYS aim for small children to ensure you actually hit another gang member.”

Nephi Khaliki, the lead instructor at Vegas CCW who gave the presentation, defended himself on Twitter and shared the video, saying that he is also a minority and that people got “equally roasted” in his class.

His “Firearm Safety for White People” slide said to “ALWAYS put your beer down before handling a firearm,” “ALWAYS keep your finger out of your nose while shooting” and “ALWAYS make sure there are no minorities in your backdrop.”

A few Republican candidates were invited to the class and at least two — Nevada Assemblyman Tom Roberts, who is running for Clark County Sheriff, and the gubernatorial candidate Lee — appeared in videos taken at the event, according to The Hill.

Noah Malgeri, who is running for Congress in District 3, posted on Twitter that he did not believe Khaliki was in “any way racist.”

“I understand that his presentation included content directed at several different groups represented in the audience but that he mostly directed his humor at himself,” Malgeri tweeted. “The constant ‘moral outrage’ attacks on free speech and comedy in particular have become tedious, and are resoundingly rejected by most regular people, including me.”

Gilbert tweeted that he was invited to the event but didn’t attend. He called the racist slide “abhorrent” and condemned “blatant racism.”

Clark County also condemned the slide on Twitter and said it “does not support hate or racist rhetoric of any kind.”

What your senators are up to

Cortez Masto led a group of senators last week in calling on the Biden administration to ensure seniors enrolled in Medicaid have a “smooth plan” to Medicare coverage after the COVID-19 public health emergency ends, her office said in a statement.

The letter called on the Centers for Medicare and Medicaid Service administrator to establish a special enrollment period for seniors to sign up for coverage and waive any late-enrollment fees they may have accrued.

“As the threat of the virus begins to subside and the Biden administration considers terminating the COVID-19 public health emergency, we are concerned that Medicare beneficiaries may experience avoidable gaps in coverage,” the letter says.

The funds will expand the state’s implementation of the three-digit National Suicide Prevention Lifeline, which is 9-8-8, and connect Nevadans with immediate support, her office said in a statement.

“Like many states across the nation, Nevada is experiencing a mental health crisis that has been exacerbated by the pandemic,” Rosen said in the statement, “and I am fighting to make sure we have the mental health resources necessary to support Nevadans in need.”