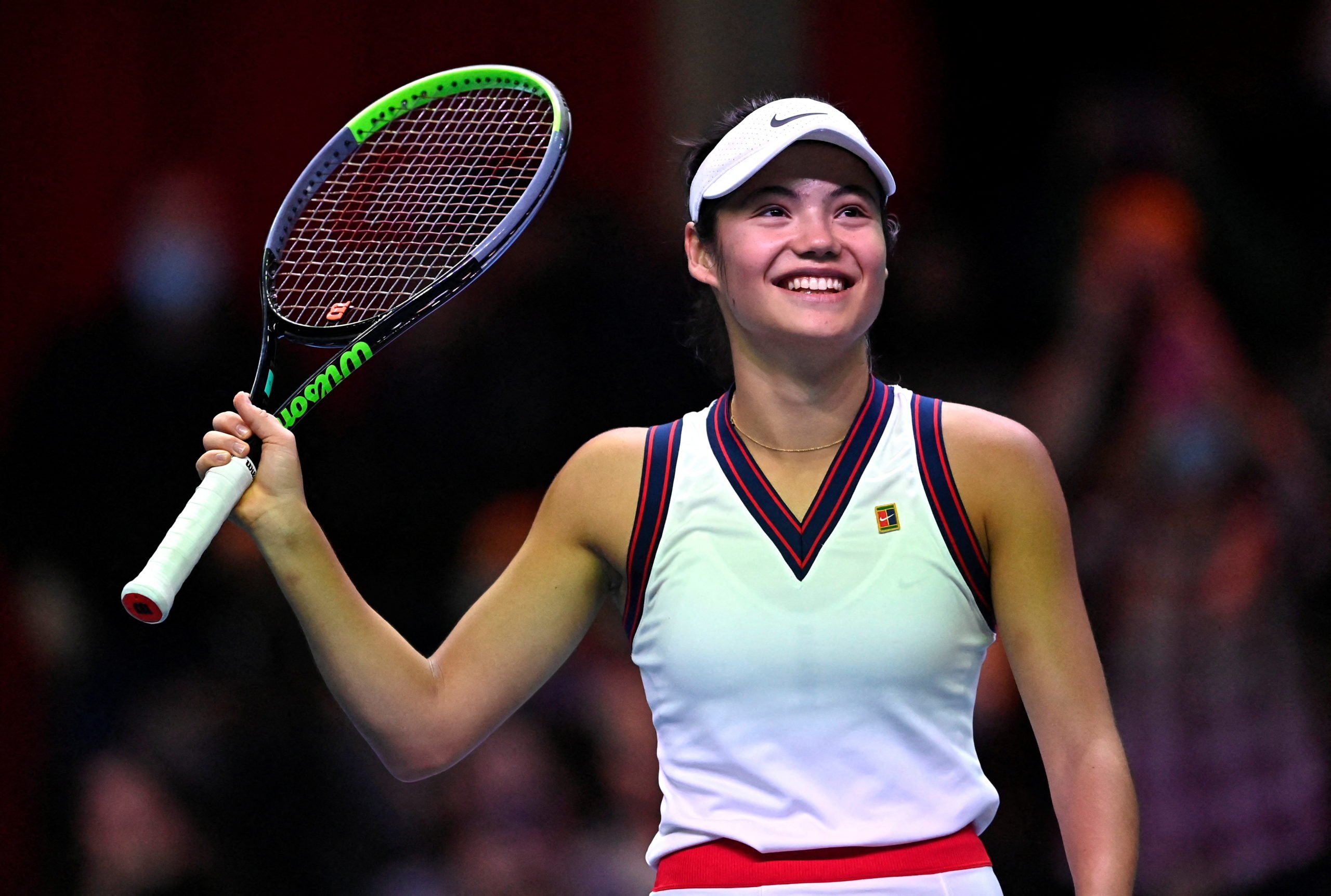 Emma Raducanu won on her Billie Jean King Cup debut to give Britain a crucial point in their qualifier against the Czech Republic with a hard-fought 7-5 7-5 win over Tereza Martincova in windy conditions in Prague on Friday.

U.S. Open champion Raducanu, 19, was playing her first professional match on clay and gradually adjusted to the surface as she battled back in both sets to level the best-of-five tie after Harriet Dart lost 6-1 6-0 to Marketa Vondrousova.

Raducanu was trailing 4-5 and saved a set point before winning three games on the bounce to take the opening set. She then found herself 1-4 down but rallied to win six of the last seven games to close out the win.

“Playing on clay took some adjusting even now. With the wind and some tricky bounces, to adjust and adapt in the situation was very challenging but I’m proud of how I dug in.”

In her first match as world number one, Iga Swiatek helped Poland take a 2-0 lead over Romania with a dominant 6-1 6-0 victory over Mihaela Buzarnescu, hitting 16 winners to wrap up the victory in 55 minutes.

Earlier, Elena Rybakina dispatched Laura Siegemund 6-0 6-1 in just over an hour after Yulia Putintseva upset three-time Grand Slam winner Angelique Kerber with a 3-6 6-3 6-2 comeback win to give Kazakhstan a 2-0 lead over Germany.

The best-of-five qualifiers feature two singles matches on Friday followed by two on Saturday along with one doubles rubber.

The winners will seal a place at the finals in November, with the losers advancing to a playoff tie.

Belgium have already advanced to the finals after receiving a walkover due to opponents Belarus being suspended from international team competitions following Russia’s invasion of Ukraine.

Belarus is a key staging area for the invasion, which Russia calls a “special operation”.