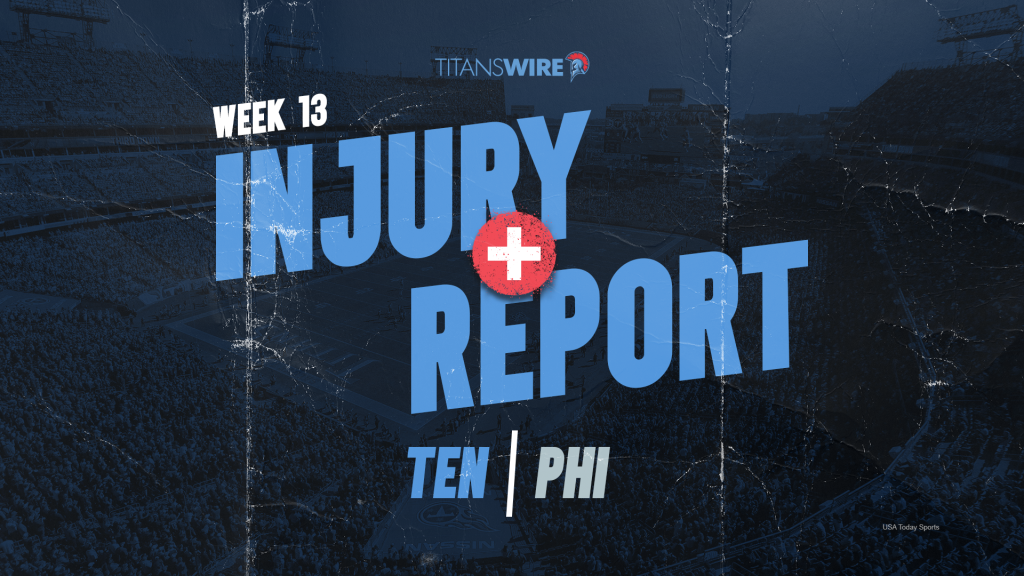 The Tennessee Titans (7-4) held their first official practice on Wednesday as they prepare for their week 13 showdown with the Philadelphia Eagles (10-1).

This game will undoubtedly be an emotional afternoon for a handful of reasons. On top of A.J. Brown playing in his first game against his old team, the Titans also need to prove they can beat a legitimate contender.

You could make an argument that the Chiefs, Bills, and Bengals are currently the best three teams in the AFC, and Tennessee went 0-3 against them.

Tennessee received some good news on Wednesday, as outside linebacker Ola Adeniyi was designated to return from injured reserve and can begin practicing again. It remains to be seen if he’ll be ready for Sunday, though.

Among the players we’ll be keeping a close eye on this week are the three who were ruled out last week: kicker Randy Bullock, defensive lineman Denico Autry, and center Ben Jones.

Here’s how things shook out on Wednesday.