Source: At least 40 found dead in back of tractor trailer 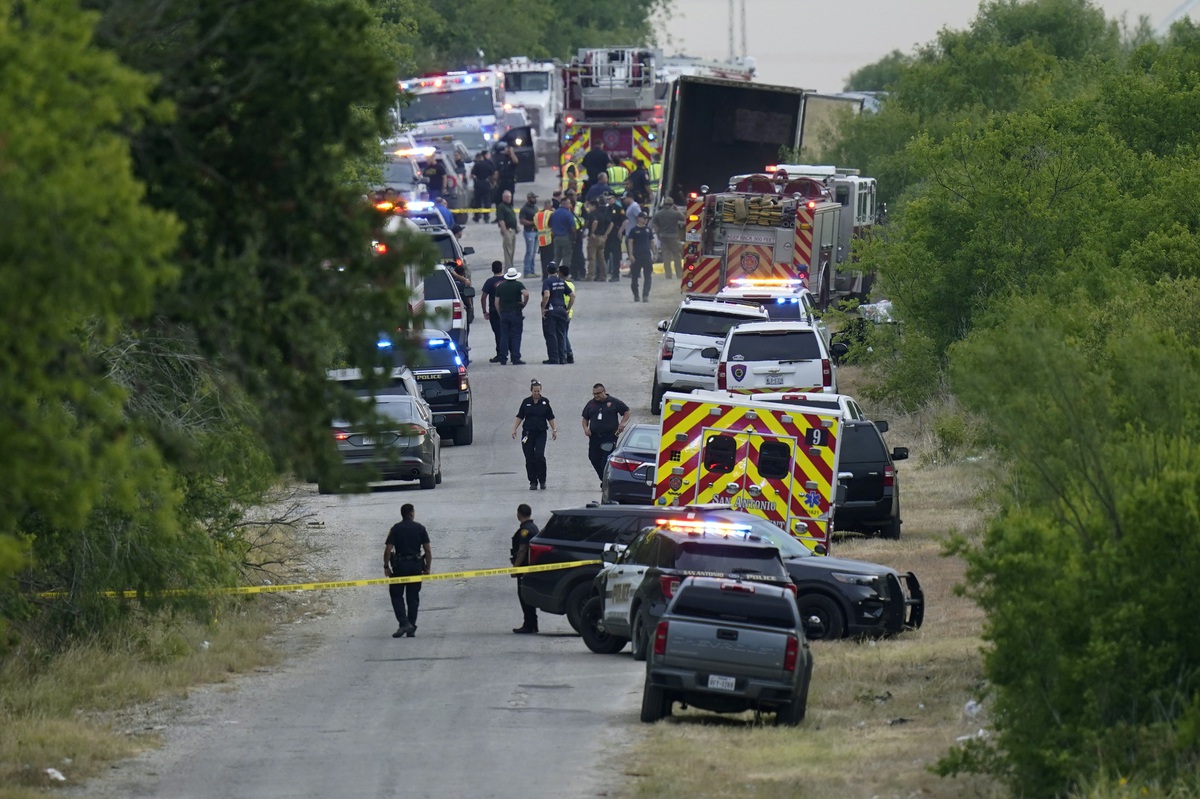 Police work the scene where dozens of people were found dead in a semitrailer in a remote area in southwestern San Antonio, Monday, June 27, 2022.

SAN ANTONIO — A U.S. official says at least 40 people have been found dead inside a tractor-trailer in a presumed migrant smuggling attempt in South Texas.

The official says 15 others in the truck were taken to hospitals in the San Antonio, where the bodies were found Monday. The official spoke to The Associated Press on condition of anonymity because the information had not been authorized for public release.

It may be the deadliest tragedy among thousands who have died attempting to cross the U.S. border from Mexico in recent decades. Ten migrants died in 2017 after being trapped inside a truck that was parked at a Walmart in San Antonio. In 2003, 19 migrants were found in a sweltering truck southeast of San Antonio.

Big rigs emerged as a popular smuggling method in the early 1990s amid a surge in U.S. border enforcement in San Diego and El Paso, Texas, which were then the busiest corridors for illegal crossings.

Before that, people paid small fees to mom-and-pop operators to get them across a largely unguarded border. As crossing became exponentially more difficult after the 2001 terror attacks in the U.S., migrants were led through more dangerous terrain and paid thousands of dollars more.