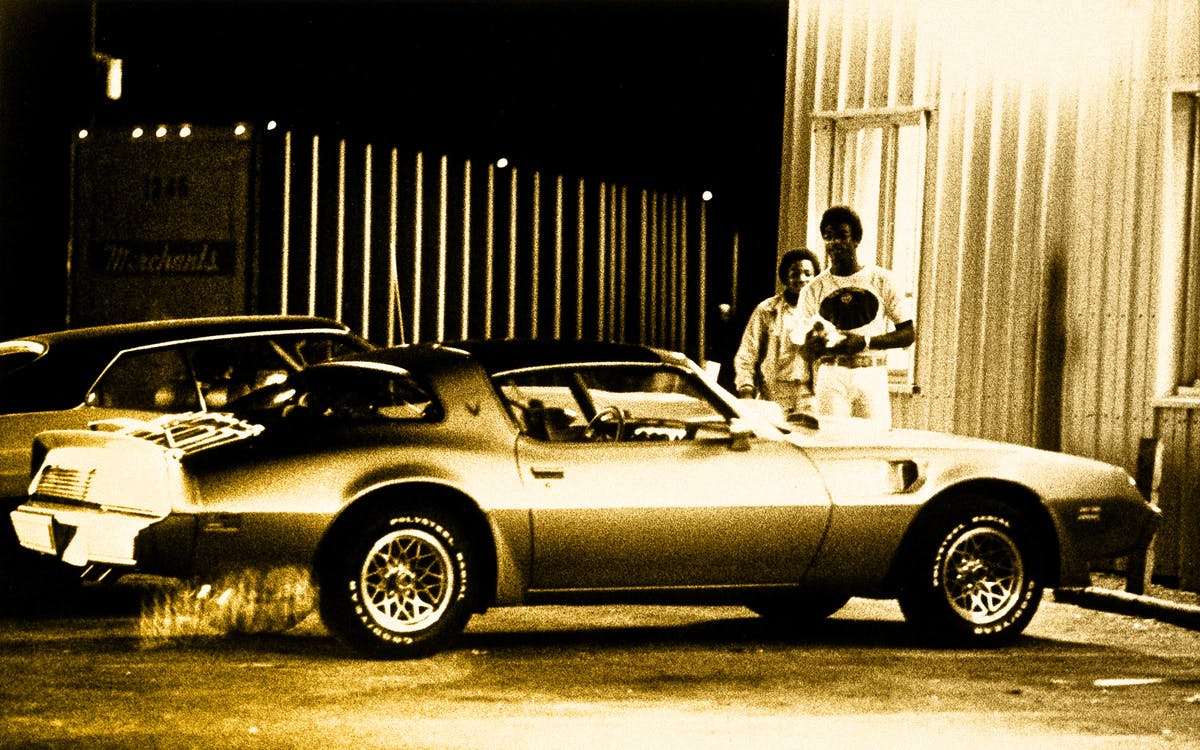 Ron Meyer would have loved it. The former SMU coach died in 2017, but this stunt was right out of his playbook. It was outrageous. It was brilliant. Get ’em talking, shock ’em, and leave ’em with a wink and a laugh.

Remember the time in 1979 when he went on a Dallas radio show to announce that SMU would beat Texas that week? (The Mustangs won 30–6, and Meyer controlled the narrative before and after the game.) Or the time he pretended to lose his place in the middle of a speech and quipped, “Excuse me a Fred Akers moment”? Few coaches would taken a shot like that at the Texas head coach back then, but poking the UT bear was part of what made SMU so compelling.

SMU’s football team, sprinting onto the recruiting trail with a new coaching staff, has embraced the most infamous symbol of its checkered past on social media. Earlier this week, the Mustangs tweeted graphics with the words “All Roads Lead to Dallas” and photos of the coaches alongside Eric Dickerson’s gold Pontiac Trans Am. Or, as it was known during SMU’s late-seventies era of excess, the gold Trans A&M.

That’s a reference to the school in College Station whose booster bought the car for Dickerson back when the Hall of Fame running back was the country’s top high school football recruit. Then, in the Aggie joke of all Aggie jokes, Dickerson still wound up playing for the Mustangs. As fans of the old Southwest Conference used to say, A&M furnished Dickerson with the wheels he drove to SMU. (Dickerson denied for years that a booster had bought the car, until he finally confirmed what had long been rumored in his memoir, Watch My Smoke, which came out this year.)

Back to those tweets from the SMU Football account and head coach Rhett Lashlee. “I loved it,” Dickerson said from his home in Los Angeles this week.

Embrace the original sin! Or a symbol of the original sin. If you’re old enough to remember the Southwest Conference and the scandals that helped bring it down in the mid-nineties, then you’ll recall that Dickerson’s gold Trans Am is the most prominent symbol of all that followed.

Until recently, that car had mostly been talked about in hushed tones, with some still failing to see the humor in it. Now, though, it looks tame compared with the endorsement riches being offered to recruits in the age of name, image, and likeness (NIL).

In the end, all anyone is likely to remember is that car at the bottom of both pieces of artwork. When I asked to speak to Lashlee to discuss the intent behind the tweets, I was told, “I think we’re going to let the tweets speak for themselves.”

To Dickerson, those posts represent an important shift in how SMU’s football program has looked back on its “Pony Express” era, which produced spectacular results on the field but also left the team crippled by unprecedented NCAA punishments for recruiting violations. For years, the school tried to distance itself from Dickerson and other figures associated with those teams.

Then, in 2007, Dickerson received a telephone call from SMU’s athletic director at the time, Steve Orsini. The administrator said he was committed to rebuilding the football program at SMU and to bringing Dickerson and his teammates back into the fold. “We had a long talk,” Dickerson told me. “He said, ‘I give you my word we’re going to do this.’ I’d heard that before. But he kept his word.”

Jones arrived at SMU in 2008, and in his second season, SMU played in a bowl game for the first time in 25 years. Most of the names have changed since then. Orsini was fired in 2012 and replaced by Rick Hart. Lashlee was hired from Miami last November, after Sonny Dykes took the TCU job. But Dickerson—and other former SMU stars—remain in the program’s good graces. Dickerson attends a handful of games each season and recently had breakfast with Lashlee.

“I told him, ‘Hey, if there’s anything I can do to help you feel free to call me,’” he said. “I’ll talk to recruits. I’ll tell ’em what kind of school SMU is. They’re not all going to play pro ball. They need the education and contacts they can get at SMU. I think Rhett is gonna do a good job.

“I love my school, but the way they were treating the guys that were in Dallas and wanted to go to games wasn’t right,” Dickerson went on. “It was hurtful to a lot of us. I just felt like it comes to a point where we have to let it go. And it took way too long. I guess better late than never.”

Those old double standards still get under Dickerson’s skin. “You’re telling me no one else was doing anything?” he told me. “People wanted to blame the players. We became the scapegoats. I was a young kid. I had no money. Well, they blamed me, they blamed our class.”

Dickerson is 61 now. A native Texan from Sealy, about fifty miles west of Houston, he lives in California, but he said that when he visits the state, he still hears more questions and jokes about the gold Trans Am than anything else.

I wondered what he thinks about when he sees photos of the old car. Having known him a bit in those years, I wondered if it reminded Dickerson of the stress of having college recruiters show up in his bedroom in the middle of the night, promising the world to him.

“Seriously?” he asked. “Those are great memories. They remind me of when I was young and had everybody offering me something. I smile whenever I think of that car. I was an innocent young kid. It was fun.”

Maybe that’s what SMU was going for with this week’s Twitter campaign: times have changed; college athletes deserve to be paid for their work; and oh yeah, ain’t football fun?