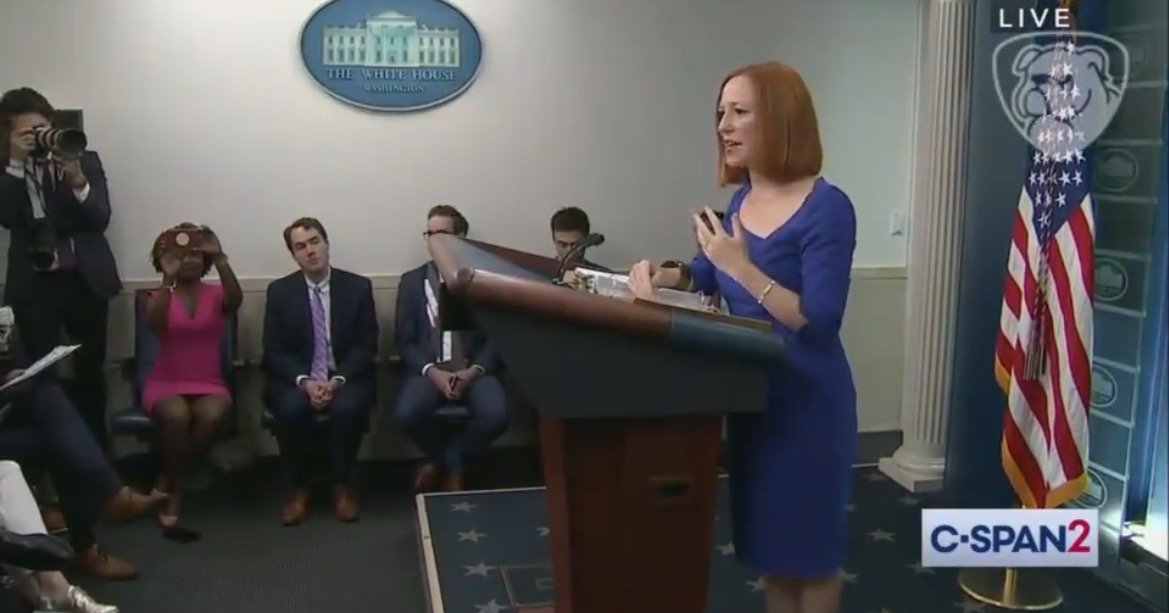 Simon Ateba was upset that Psaki called on AP reporters first and skipped over reporters in the back where he was standing.

Absolute chaos and lack of decorum inside the White House Briefing Room as Today News Africa’s Simon Ateba begins shouting and refusing to shut up even though Psaki has already called on AP’s Zeke Miller.

Not taking questions from the back is a thing. But this is rude. pic.twitter.com/h5xTEr3Cua

Psaki jumped in and scolded Simon Ateba again as he interrupted Mary Bruce.

“Simon, if you could respect your colleagues and other media reporters in here, that would be greatly appreciated. Go ahead, Mary,” she said.

You can dislike Psaki, unwritten rules (ex. AP first), or the people there, but it’s still wrong pic.twitter.com/N1dX8LXBIm