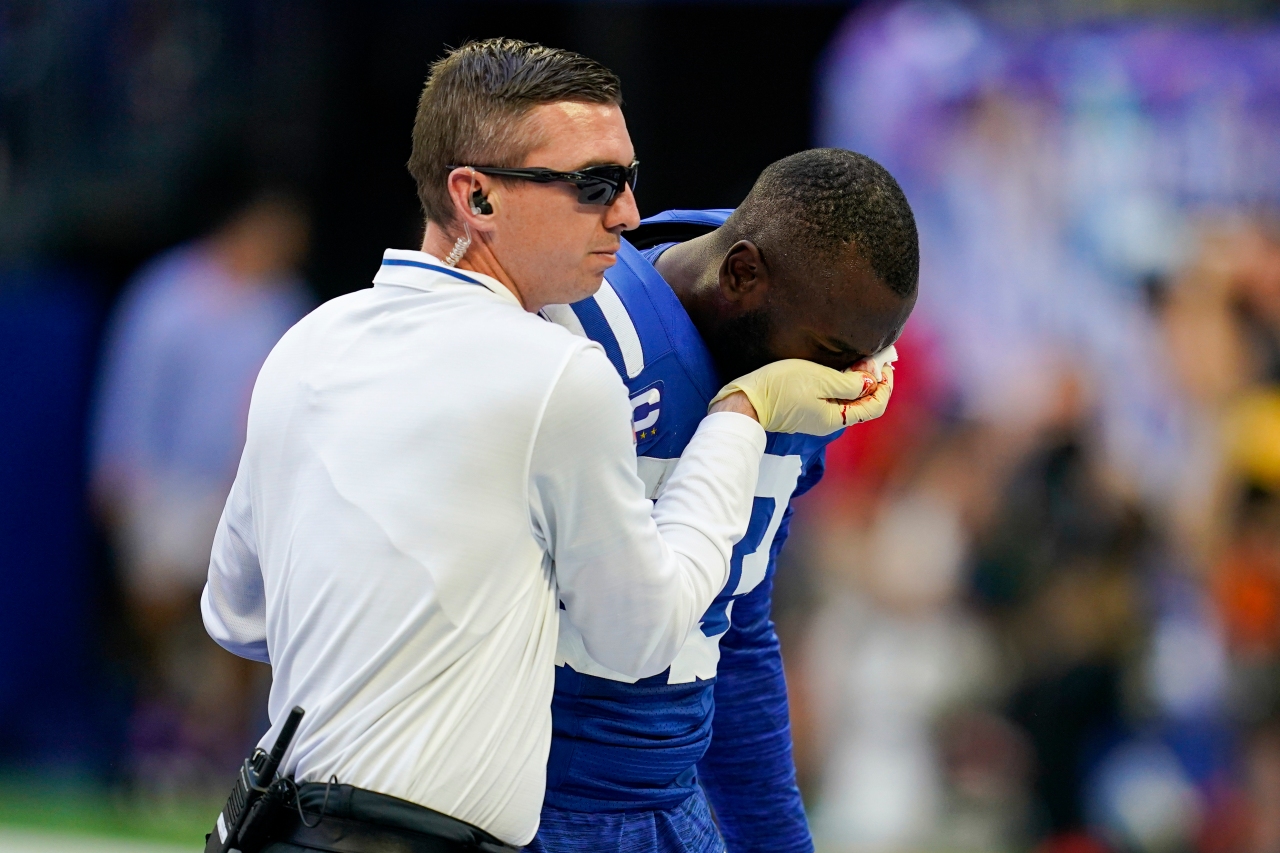 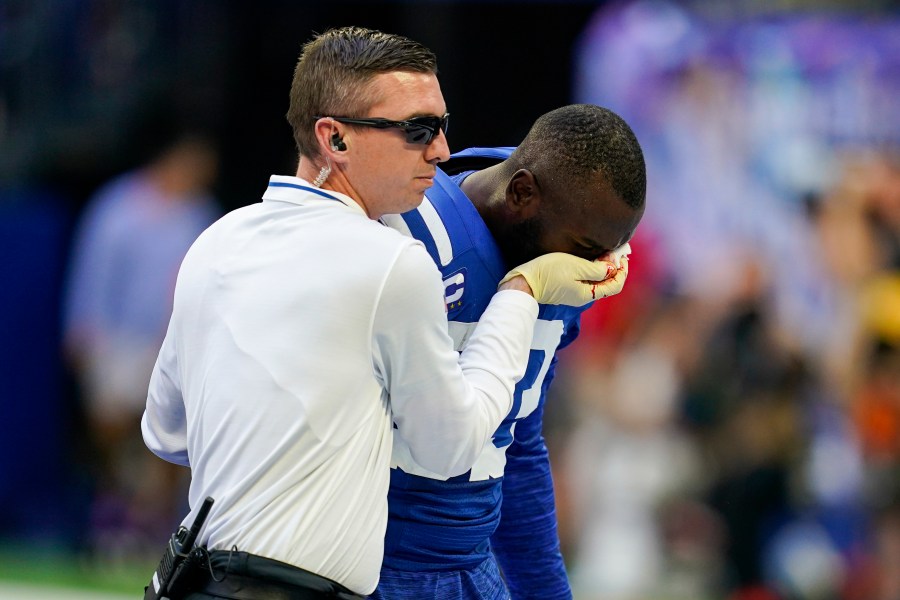 INDIANAPOLIS – The Indianapolis Colts must deal with a quick turnaround without two significant players.

Linebacker Shaquille Leonard and defensive tackle Tyquan Lewis have been ruled out of Thursday night’s game at Denver with concussions. The status of running back Jonathan Taylor, who suffered an ankle injury in Sunday’s 24-17 loss to Tennessee, won’t be determined until closer to Thursday.

Leonard and Lewis are in the NFL’s concussion protocol, which requires a player to clear several steps to return. The short week makes that extremely difficult, but coach Frank Reich insisted the protocol steps didn’t factor into the early decision.

“On a Thursday game it might be typical to make that (decision),’’ he said Monday. “These decisions were already made. They will be out.

“Even if there were some miraculous (recovery) or whatever. No, they will be out.’’

Leonard, who missed the first three games of the season after undergoing back surgery in June, suffered his concussion when he was hit by teammate Zaire Franklin in the second quarter. They converged on Titans’ tight end Chig Okonkwo near the goal line.

Franklin’s helmet connected flush with Leonard’s face mask, damaging it and causing an injury to Leonard’s face/nose that resulted in heavy bleeding on the field.

After Leonard got to his feet, he was taken directly to the locker room by a trainer.

Taylor injured an ankle – and lost a fumble – on a critical 3rd-and-1 at the Tennessee 24-yard line midway through the fourth quarter.

He said he “tweaked something.’’

If Taylor is unable to play, or would be limited, the Colts might elevate Phillip Lindsay from the practice squad. Lindsay is a former standout running back with the Broncos.