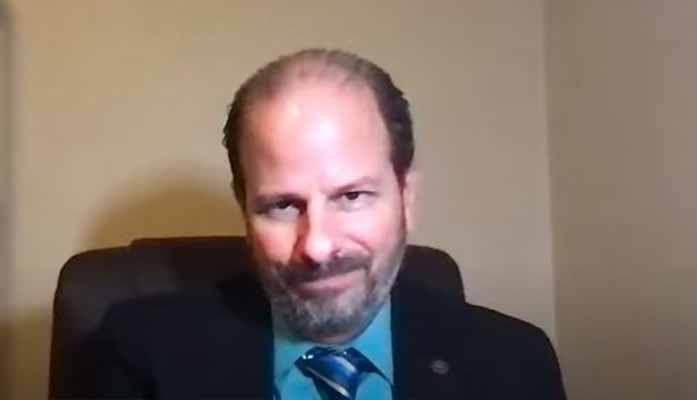 That was the question several parents were asked by their children after an aide informed her pre-K students that she was neither a girl nor a boy. The aide, identified as Mia Perry, was a Scottsdale Unified School District employee working at Copper Ridge Elementary in the before and after school programs.

Despite the obvious facts that Perry is a woman and that she shared her apparent dysphoria with six-year-olds, planting confusing ideas and alarm in children who still believe in Santa Claus, Superintendent Scott Menzel defended Perry and verbally lashed out at parents.

District observers and parents say this is not Menzel’s first attack on parents, nor the first time he’s leveraged inclusion as his justification to “put parents in their place.”

In the instance of Perry, Menzel proclaimed, without evidence, that the parents’ concerns were politically motivated. He implied that those concerns were bigoted attacks on Perry due to her gender identity.

Menzel never acknowledged the fact that pre-K children, who to this point have rarely, if ever, considered their gender, much less questioned whether it is a known constant, are now confused and frightened that one day they may wake up the opposite gender.

In reality, parents did display inclusion day after day as they dropped their kids off in Perry’s care without concern or complaint. Parents trusted that the school district had thoroughly vetted their employee for skill and reputation and provided district training on age-appropriate curriculum and discussions, prior to placing her in charge of minor children. Not only did Menzel’s district not vet for these factors, ay parents, but a quick search of Perry’s social media revealed a pattern of drug use, including highly questionable and apparent affinity for LSD and what could only be described as a romanticized characterization of its effects. To nearly any objective observer, Perry seemed to exhibit behaviors that typically would stem from mental health issues.

In comments at a public board meeting, Menzel lamented, “To target an individual publicly for their personal identity — in this case the individual against whom this complaint was filed does not identify as either male or female — is overt discrimination and is inconsistent with state and federal law as well as school district policy.”

To some, Menzel’s failure to act, demonstrates his position that if a teacher has a mental condition in which she/he is confused about his/her gender, then that person is above reproach. Parents who object to teacher-led sexualized discussions with their minor children are the bigots discriminating against that adult.

Menzel continued his attack on parents by holding up the district’s “core values” of empathy and inclusion: “This district will not take adverse employment action against any individual as a result of their identity, no matter how offensive that may be to some. Hate and targeted attacks toward individuals on our staff are inconsistent and incompatible with [our] core values. It is my hope that our Scottsdale community will respond with kindness, love, and compassion toward all, as we look to finish this school year on a positive note.”

Parents say Menzel’s strategy is obvious to them. When teachers take it upon themselves to have sexualized gender discussions with young students without parents’ consent, he reframes the issue as a virtuous stand for the teacher’s right to choose their identity. Of course, this is a rhetorical strawman argument since the parents never claimed the teacher’s identity was at issue.

Perhaps most disappointing to the SUSD parents Arizona Daily Independent spoke to was that Menzel has shown no care for the actual victims of the exchange, the children who now question if their gender will somehow change on them.

Menzel has also ignored the law. Arizona R7-2-303 clearly states that the governing board must approve all sex ed curriculum, that parents must opt their children into the instruction, and that “all sex education materials and instruction shall be age appropriate .. meet the needs of the district, recognize local community standards and sensitivities, shall not include the teaching of abnormal, deviate, or unusual sexual acts and practices.” In 2021, the Cocopah Middle School’s Gender and Sexuality Alliance Club was awarded the annual GLSEN (Gay, Lesbian & Straight Education Network) GSA of the Year Award. The award video revealed that the district was allowing students to hide their gender identities and secretly drop their parent-given names at school.

Cocopah also held a GLSEN Day of Silence, without notice to parents, asking students to proclaim their pronouns and commit to silence in stand for their claim of “violence against LBGTQ+ youth.” As the day unfolded, parents began receiving phone calls from their children with stories of harassment and bullying for non-participation. Some children reported they didn’t participate because they didn’t understand what they were being asked to protest.

Once again, parents voiced concerns about curriculum that no child should be exposed to, and once again, standing on his own illusion of moral high ground, Menzel mustered the power to slander parents in the name of “inclusion.” One thing has become abundantly clear in Scottsdale Unified School District; Superintendent Scott Menzel cares more about his ideology than he does the wellbeing of the district’s students.

“Recently, there have been targeted attacks on student-created school clubs related to gender and sexual identity, sometimes called GSA clubs.” said Menzel. The memo went on, in boldface type, to state: “A key value of the Scottsdale Unified School District is Inclusion: We create an equitable environment where everyone is respected, is treated with dignity, and has a sense of belonging.”

Inclusion. That’s the prop that parents say plays a starring role in all of Menzel’s “anti-parent, anti-student performances.”

Parents are asking how they can stand-up for their kids against “moral” opportunists like Scottsdale’s leadership. To which seasoned politicos respond, “Vote.