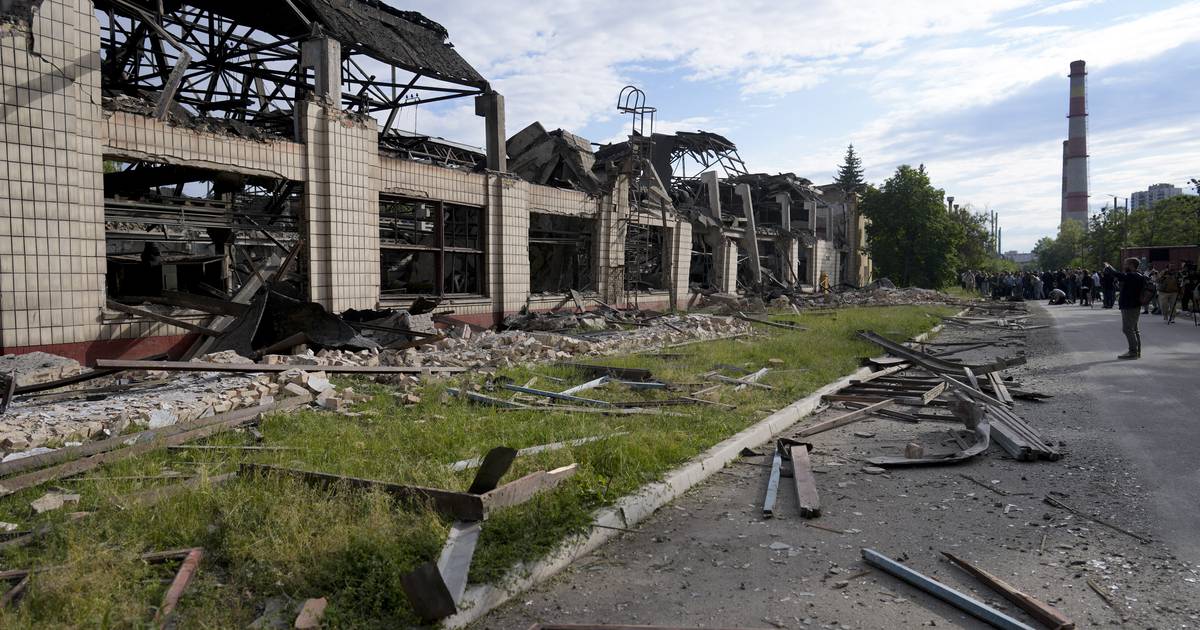 Russia bombed Kyiv on Sunday for the first time in more than a month, shattering a period of calm in the capital city while the Kremlin’s strongman ruler issued threats over weapons shipped to Ukraine from its allies.

Russia claimed its airstrikes destroyed tanks that Western allies had given Ukraine and at least one person was hospitalized, according to the city’s Mayor Vitali Klitschko.

Ukrainian officials denied Russia’s claims, saying the strikes hit a train repair plant with no tanks in it.

Kyiv had been relatively calm since Russian forces withdrew from around the city and focused on trying to conquer eastern Ukraine.

Prior to Sunday, Russia’s last strike on Kyiv was in late April, and the city had been getting back to a sense of normalcy, the BBC reported.

“All this fuss around additional deliveries of weapons, in my opinion, has only one goal: to drag out the armed conflict as much as possible,” he said in an interview aired Sunday, going on to claim the extra weapons won’t help Ukraine.

Putin threatened that Russia will “draw appropriate conclusions and use our means of destruction, which we have plenty of, in order to strike at those objects that we haven’t yet struck” if the West sends Ukraine more weapons.

“The United States will stand with our Ukrainian partners and continue to provide Ukraine with weapons and equipment to defend itself,” Biden said in a Wednesday statement.

Russian forces have spent recent days trying to capture the cities of Sievierodonetsk and Lysychansk, which they see as key to taking over eastern Ukraine.

Street fighting raged over the weekend in Sievierodonetsk, according to The New York Times, and missile attacks were taking place throughout the region.

A fire destroyed the Sviatohirsk monastery — considered one of Ukraine’s holiest sites — with each side blaming each other for the disaster.

Russia is “deliberately and systematically destroying Ukrainian culture and its historical heritage, along with social infrastructure like housing and everything needed for normal life,” Ukrainian President Volodymyr Zelenskyy said in a Saturday night address.

Since the Feb. 24 start of Russia’s invasion, 113 churches have been damaged or destroyed, he said. Some of those had survived World War II, he said.

Zelenskky visited Ukrainian forces around Bakhmut in the eastern Donetsk region and nearby Lysychansk in the Luhansk region, according to his office.

“The president heard information on the operational situation in these parts of the front, as well as a report on the logistics of Ukrainian defenders,” said an official statement on his visit.

Russia’s military was also said to be relying on reserves among separatist forces that have been occupying parts of eastern Ukraine since 2014.

“These troops are poorly equipped and trained, and lack heavy equipment in comparison to regular Russian units,” said the intelligence update, which added the move “indicates a desire to limit casualties suffered by regular Russian forces.”

In the world of sport, Ukraine’s soccer team lost a World Cup qualifying match to Wales, which won 1-0, on Sunday.

The game takes Wales to the tournament for the first time in 64 years but knocked out Ukraine.

“We did everything we could, but I want the people of Ukraine to remember our efforts,” Ukrainian coach Oleksandr Petrakov was quoted as saying by ESPN. “We didn’t score, and I want to say sorry for that, but this is sport and this is what happens.”