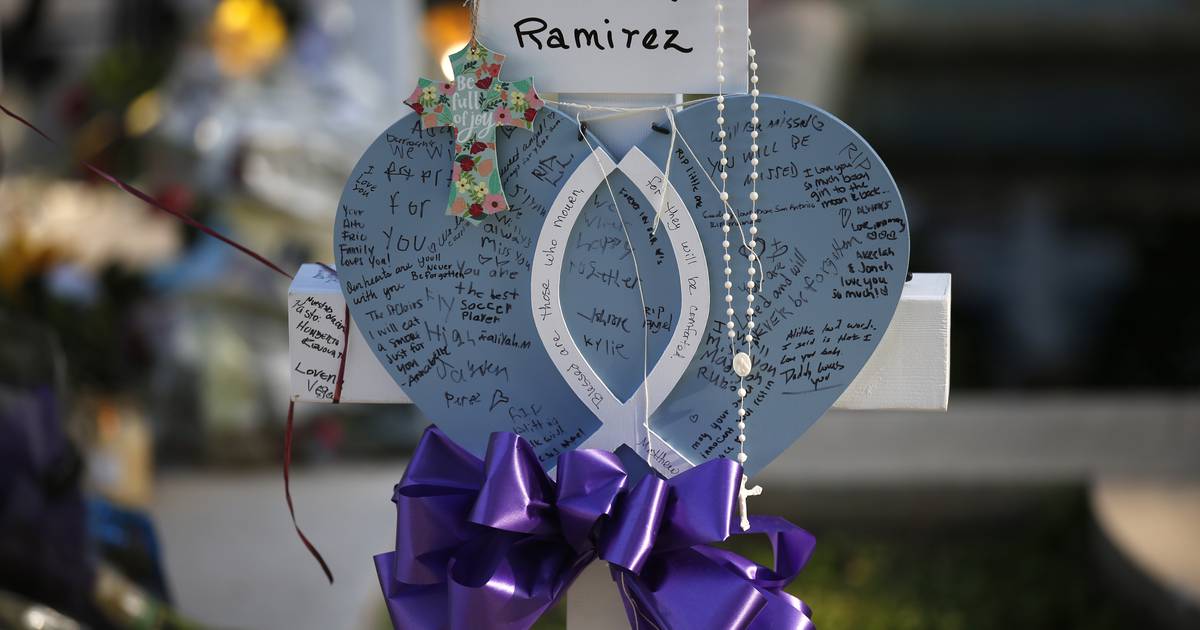 As a young girl with Parisian art-school dreams was buried in the wake of the Uvalde massacre, a pastor who survived a near-miss gave comfort to parishioners while recounting his own terrifying brush with the shooter.

Pastor Gilbert Limones and a funeral home co-worker were shot at just after the 18-year-old gunman crashed his grandmother’s truck in a ditch – an impact they heard – and before the shooter turned and ran in the opposite direction toward his target, the school across the street.

First he heard someone yelling about a weapon, then he turned as he heard “pop-pop-pop,” the sound of gunfire. Though the shooter was pointing his military-grade rifle at Limones, he somehow missed.

When he shot in their direction, they ran as Limones frantically called 911.

“I was screaming, screaming at 911,” Limones told The Associated Press. “I saw it all.”

Now he’s exhausted and guilt-wracked that he couldn’t ward off the carnage. The gunman went on to murder 19 schoolchildren and two teachers.

One of the slain fourth-graders was Alithia Ramirez, who had with great fanfare turned 10 on April 28. She even had a T-shirt.

She got to enjoy it for just a few weeks. She never got to come into her own as the artist she aspired to be, and never got to attend art school in Paris.

President Biden and First Lady Dr. Jill Biden met with several families, including Alithia’s, and took home one of her drawings, according to AP. He plans to hang it in the White House.

” ‘Whenever we hang it up, we are going to send you a picture of where it is hanging, and you are free to see it anytime,’ ” Biden told her father, Ryan Ramirez.

The smart and “extremely loving young lady” with Parisian dreams was “very reliable, always wanted to take care of everyone, and was a role model to her siblings,” her obituary said.

She was laid to rest on Sunday afternoon at First Baptist Church, one of the numerous funerals that will be taking place in the 16,000-population Texas city through the middle of this month.

Limones, who is pastor at Casa El Shaddai, a small church less than a mile from the school, has been alternating his own hours of tears and prayer with his work trying to make shattered families whole as he plans children’s funerals in his role at Hillcrest Memorial Funeral Home, which is handling five of them.

They will be open casket at the families’ behest, AP reported.

“We had five cases that were extremely difficult cases, and all five families were able to see their babies, and they all decided to go ahead with open caskets,” said Jason Horn, a funeral director from Longview, Texas, who is among the numerous volunteers helping Uvalde bury their dead.

“This is a parent’s nightmare,” Ryan said, having posted the T-shirt photo of his girl on Facebook with angel wings added. “This is the worst of the worst.”