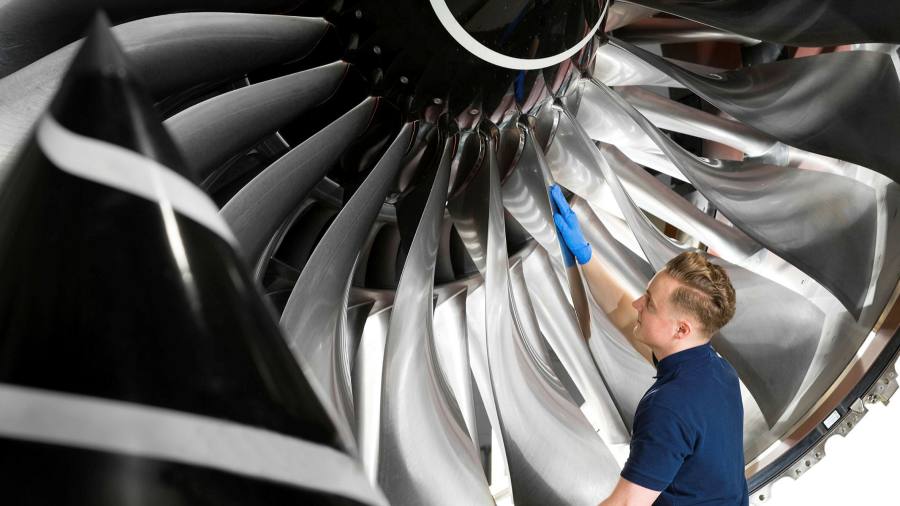 Rolls-Royce executives say they are seeing early signs of a recovery in demand for new large aircraft from airlines, which are mostly used for long-haul international routes, as hopes rise for the revival in aviation.

The FTSE 100 group, which derives a large part of its income from manufacturing and servicing engines for Boeing and Airbus’s large widebody aircraft, is the latest company to flag an uptick in demand from airlines.

He added that some of the airlines are “looking for deliveries from 2025 onwards”.

The signs of demand for widebody aircraft is a key indicator for the aviation recovery as they are largely used on long-haul routes, which have trailed the revival for smaller jets following the pandemic-induced slump in air travel.

The return of the wide-body market is also critical for Rolls-Royce to get back to full financial health. The company’s business model of earning revenues on engines in the air and on after-market sales was badly hit by the grounding of a large portion of the world’s fleet during the pandemic.

Cholerton’s comments echo those of Airbus, which recently signalled it could start to increase production of its best-selling wide-body A350 jets earlier than thought.

The European manufacturer, which is aggressively raising output of its single-aisle A320 family of jets, has so far stuck to a forecast to increase production of its A350 jet from five a month to six in early 2023, but the rapid rebound in travel has sparked more interest from airlines.

Rolls-Royce’s Trent XWB is the only engine to power the A350. Qantas Airways recently selected the Airbus A350-1000, powered by the XWB-97, as the preferred aircraft for the world’s longest direct flights.

“What we are both seeing is this increase in the market of wide-body campaigns . . . some of those are potentially quite big.” There is a “window of opportunity” to increase rates sooner if orders go in the right direction, added Cholerton, while stressing it would be an Airbus decision.

Delays with Boeing’s wide-body 777X model, whose delivery date has been pushed back to 2025, could also present an opportunity for the A350-1000, he said.

China, however, where regional lockdowns to curb new infections of Covid-19 have continued, is a “handbrake on a full recovery” of the wide-body market, which Rolls-Royce now expects by 2024.

Renewed demand for its engines is important for Rolls after it embarked on its biggest restructuring in its 116-year-history during the pandemic, including cutting 9,000 jobs out of a global workforce of some 52,000. The cuts shrunk its civil aerospace business by a third.

Investors are watching closely if the company hits its target to generate “modestly positive free cash flow” for 2022, tilted towards the second half of the year. The civil business recently set out a medium-term plan to grow at high-single digit margins and low double digit revenue.

Arvind Balan, chief financial officer of the civil division, said the company was comfortable about being able to prevent costs creeping up even as volumes return.

Unlike previous restructurings, the company had taken “structural costs” out this time. A “super tight governance structure” to monitor costs would also help.

At the same time, investments in increased automation at its facilities in Derby are helping to speed up production processes of some of its turbine blades.

Engineers are also focused on trying to find ways to increase the time that the engines can stay on an aircraft before they must be taken off for maintenance. In addition, they want to cut the time it takes to overhaul them.